The third installment in the Saw series sees John Kramer aka Jigsaw die of brain cancer. Under such conditions, he still commits murders with the help of his student Amanda Young.

This thriller next highlights Jeff Denlon, a father still unconcerned with the death of his son, who is hit and run by an unknown man. He is then in a mysterious room and forced to take a series of deadly tests to bring to justice the perpetrators of his son’s murder. 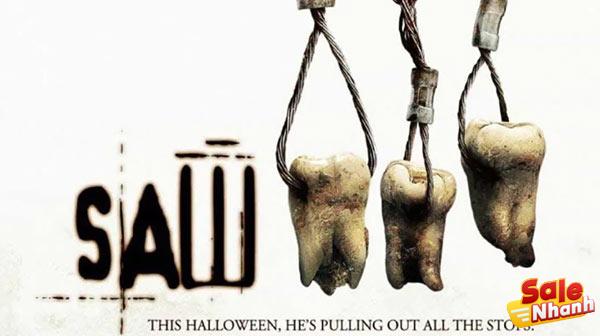 Saw 3 then remained like its predecessor and turned into a horror film rife with bloody scenes of violence. The film was also nominated for Best Thriller at the Saturn Awards, as well as Choice Movie: Horror/Thriller at the Teen Choice Awards.

A few months after Detective Eric Matthews was kidnapped by John Kramer aka Jigsaw, Detective Allison Kerry is still trying to find the whereabouts of his mate. He and SWAT officer Daniel Rigg later find a body that is the victim of Jigsaw’s latest murder.

They initially suspected that the body belonged to Eric, but upon investigation the identity of the body was that of a man named Troy.

Upon returning to her apartment, Allison watched Jigsaw’s video over and over again. However, Allison is suddenly kidnapped. He woke up in an underground room with his entire body chained with iron wires.

By then, Allison had fallen into Jigsaw’s trap. He must be freed in order to survive. Unfortunately, despite getting back the key to unchain, Allison had to be brutally killed.

In a hospital, a doctor named Lynn Denlon is kidnapped by a mysterious figure. He is taken to see Jigsaw, who is dying in his bed.

Jigsaw’s student, Amanda Young, then wrapped a trap around Lynn’s neck for her to follow his instructions. If Lynn escapes, the trap will explode and destroy her head.

Amanda then asks Lynn to have surgery for the brain cancer Jigsaw has. He also had to keep Jigsaw alive. While observing Lynn, Amanda goes to the screen controlling several survivors who are surviving in a dangerous game of death.

One of the victims turned out to be Jeff Denlon, the husband of Dr. Lynn, with the ambition to avenge the man who beat his son to death. He is then in an abandoned factory and must undergo a series of tests that he must face with those involved in his son’s case.

Jeff then went into a cooler and found Danica Scott, a woman and accident witness who refused to testify in court. Danica is now in a terrible state, where her body is naked, and chained in a very cold place.

He asked Jeff’s help to get the key back and let it go. At first Jeff still held a grudge against him. But he feels pity and tries to help her. Before he could save her, Danica froze to death with her frozen body.

On the next test, Jeff meets Halden, a judge presiding over his son’s accident trial. He sees Halden chained to his neck and demands that he be saved. Jeff also tries to save him from a grinder that can cut his body.

In the next test, Jeff finally meets Timothy, the killer who accidentally beat his son to death. Angry, Jeff didn’t want to help him at all. However, Timothy looks very painful with traps all over his body. Jeff, feeling sorry for him, tries to save him.

While trying to retrieve the key, a bullet then lodged in Halden’s head, killing him. On the other hand, Jeff couldn’t get Timothy out of his trap in time. He was killed by breaking his neck. Meanwhile, the surgery to remove the brain cancer tumor was successfully performed by Lynn. Jigsaw is finally saved. Jigsaw asks Amanda to drop the trap around Lynn’s neck, but she refuses. The doctor’s life is threatened with death.

Opening with a series of gruesome scenes

The first few minutes in this movie immediately continue what happened at the end of Saw II. Detective Eric Matthews is trapped in a room with his legs chained. 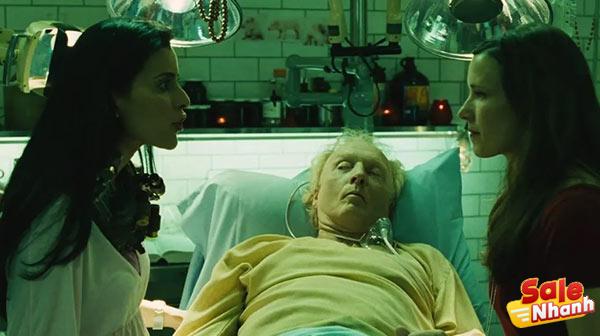 He then cut and amputated one of his ankles. Furthermore, we still don’t know if Eric will be able to survive that place, or if he will still have to undergo another death test.

In the next scene, Saw 3 switches to a murder scene that still feels brutal. Two unexpected scenes immediately made us wince and fear to watch because there was so much blood and body parts removed.

This movie starts off pretty awful. For the first 15 minutes or so, we were bombarded with scenes of brutal physical torture. This is certainly not a strange thing in this movie franchise because Saw always tries to be vindictive right from the opening minute.

Throughout 108 minutes, Saw 3 shows many chaotic scenes of gore with gruesome deaths. The compelling formula presented in the previous two films is still felt in this third sequel. However, the atmosphere is less creepy, although the killings are still brutal.

In terms of plot, Saw 3 really lacks power in that aspect and feels normal. However, it must be admitted that this film is still rife with torture scenes with victims dying horribly.

The main character is tortured internally

A fairly new element of Saw 3 is the character’s journey between husband and wife Lynn Denlon (Bahar Soomekh) and Jeff Denlon (Angus Macfadyen). In this movie, Jeff has a very strong and scarred sense of revenge against those involved in his son’s death. 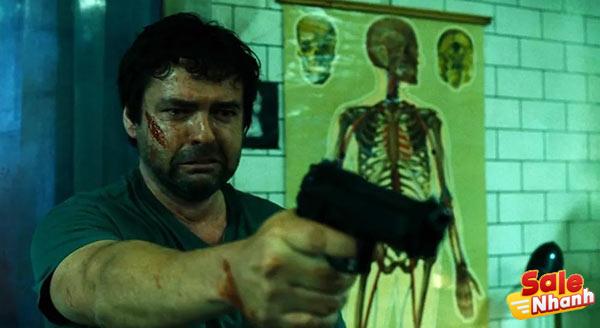 On the other hand, Lynn tries to accept the situation peacefully. However, over time, their married life cracked and ended in divorce. While being the test subject of Jigsaw (Tobin Bell), Jeff is faced with the choice of revenge or forgiveness for those responsible for his son’s life.

At that moment, Jigsaw tells him to forgive the man who killed his son if he wants to stay safe and get out of the death game. So when Jeff meets Timothy Young (Mpho Koaho), we get to see the dilemma he’s going through.

He couldn’t hide his deep grudge against Timothy. However, Jeff still has a conscience and tries to help him out of Jigsaw’s trap. Behind his strong grudge, Jeff actually tried to forgive Timothy, including Danica, as well as Halden.

In Saw 3, Jeff’s character is mentally and psychologically tortured by Jigsaw throughout the film. Instead of being the target, he actually has the power to decide a person’s life and death. In the test he must undergo, Jeff is forced to overcome his anger by saving the people who are the objects of his grudge.

In this third sequel, Jigsaw’s character looks helpless and can only lie in bed. Even so, he managed to control the tense atmosphere. 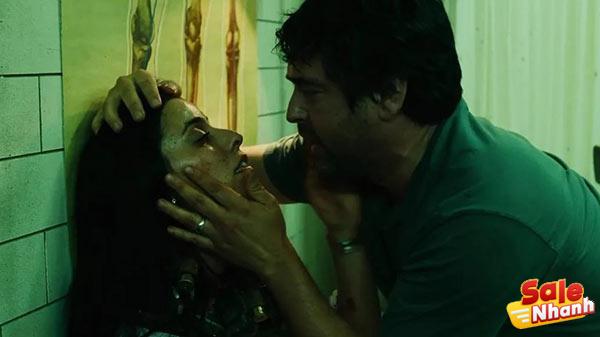 His aura as a killer is still terrifying. He also tries to influence Amanda Young (Shawnee Smith) to do what he commands.

Towards the end of the film, the intensity feels quite complicated as Amanda and Lynn clash with each other. Right at that moment, the atmosphere turned chaotic because Jeff came to shoot and kill Amanda.

The horror did not stop there, Saw 3 ended in a brutal, brutal, bloody way when Jeff made a reckless decision that left his wife tragically dead.

Overall, Saw 3 presents a cinematic image full of details about wild violence and brutal murders. The gore scene is quite uncomfortable to watch because it shows a severed body part. Even so, this movie becomes a trilogy that completes the story of the previous two films.