What is your name (Your Name)  must be familiar to anime lovers. This film by Makoto Shinkai became the highest-grossing anime of all time and received rave reviews even from viewers who are not used to watching anime. Masayoshi Tanaka is designing the characters for the 2016 Japanese animated film. 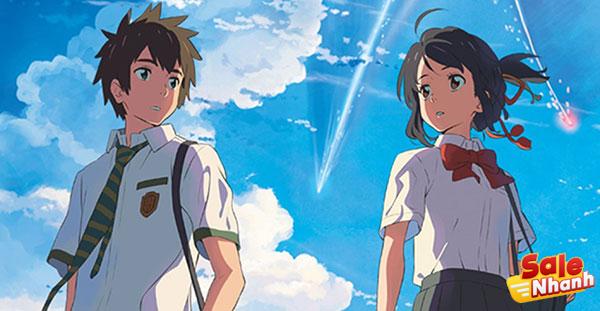 Shown in Japan for a year starting August 26, 2016, ‘Your Name’ premiered at Anime Expo 2016 convention on July 3, 2016 in Los Angeles, California. The commercial success has made Your Name the highest-grossing animated film of all time worldwide.

The film was well received by critics, in fact many praised the film’s animation and emotional impact. And that is also the reason why Salenhanh will do a review today about the animated movie Your Name, even though it has been broadcast for a long time.

Summary of the movie Your Name

What’s your name? (Your name) is about the lives of two teenagers who swap bodies as they take turns sleeping. It is Miyamizu Mitsuha, a high school student and girl living in the village of Itomori near a mountain in the Gifu hinterland, who is bored with life in the countryside. 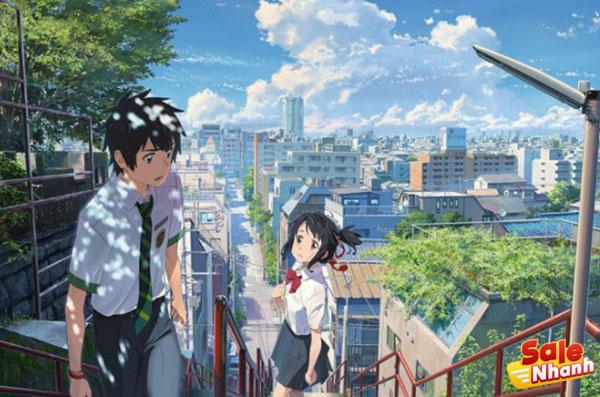 Meanwhile, Tachibana Taki, a high school student living in Shinjuku, downtown Tokyo, works part-time at an Italian restaurant. Starting from a dream in which their souls exchange, Taki and Mitsuha are surprised to find them waking up in a body and a place where they shouldn’t be. Feeling their dreams come true, the two swap bodies.

A type of diary to record events that occur when two people switch places. Once the phenomena they were experiencing stopped, leaving a feeling of restlessness and a big question mark that the two were searching for each other. Taki’s search through the sketches of the village of Itomori he made yielded results, but unfortunately, the beautiful village was destroyed and turned into a giant crater.

Caused by the debris of comet Tiamat that fell 3 years ago, in the case file Taki found Mitsuha and 2 of her friends in the list of victims. Finding all the traces Mitsuha left for him gone, Taki ventures to the Mitsuha family temple. He realized that their timelines were several years apart so far. 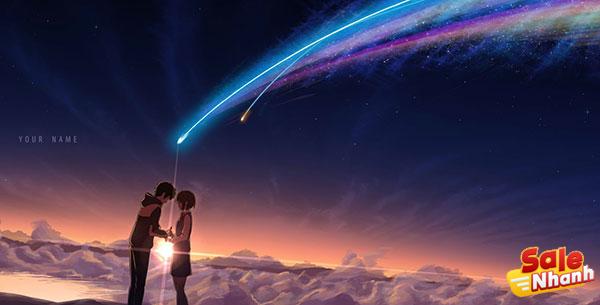 Taki drinks Kuchikami-zake, a rice wine that Mitsuha makes by chewing rice in his mouth as an offering, in the hope that he will be reunited with Mitsuha. Waking up in Mitsuha’s body the morning before the festival, he realizes that there is still time to save the villagers.

With the help of two friends, they managed to evacuate the villagers. Taki intends to meet Mitsuha, who is currently in his body at the temple. At the top of the mountain, the two met each other, although they did not meet because of different times. The sun began to set, Kataware time they returned to each other’s bodies and looked at each other.

Hoping to not forget each other, the two exchanged names written on their hands, parted again at sunset, Mitsuha did not have time to write her name. Finding the words “I love you” on the palm of her hand, Mitsuha reached out to her father and persuaded him to evacuate the villagers immediately.

Review of the animated movie Your Name 2016

The details of the Tokyo cityscape and the natural beauty of the Itomori village are beautifully rendered with the natural colors of each element. 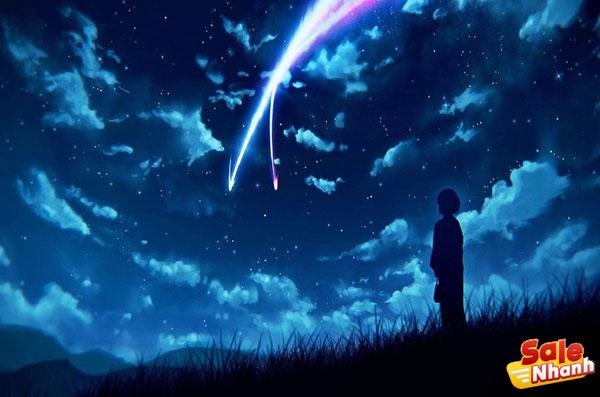 The production of the film itself took 2 years. The depiction is done simultaneously with the location search. The village of Itomori in the film is fictional, but it was inspired by real locations, including the town of Hida in Gifu Prefecture. As the 9th most successful film in Japanese history, Makoto Shinkai’s work is filled with beautiful works of art.

The attention-grabbing focus on the film’s cinematic and visual details also conveys the message of this film. Like a photo of a professional photographer, the subject in the background is very detailed. The character’s movements also look very smooth, making the audience feel the emotions they want to convey.

More than 350,000 copies of the album have been sold, out of the 22 tracks on the album, a total of 4 Radwimps songs have been used.

“Zenzenzense” selected as the theme song took second place in the “Best Theme Song” category at the Newtype Anime Awards. Other songs that are equally refreshing and pleasant are “Sparkle”, “Yume Toro”, “Nandemonaiya”.

A success on the Oricon Albums Chart, all four songs were released in English. Thanks to the soundtrack, the emotions expressed by the characters can be conveyed well to the audience. Guaranteed to be addicted to listening to Radwimps songs, it will take you into the picture like a beautiful movie.

Starting from the beginning, the plot, to the ending with interesting pacing and characters, the audience will be immersed in the plot until the very end. Starting with the exchange of souls in the body of the main character, the audience suspected that the two were only separated by distance, who expected to be separated by space and time. 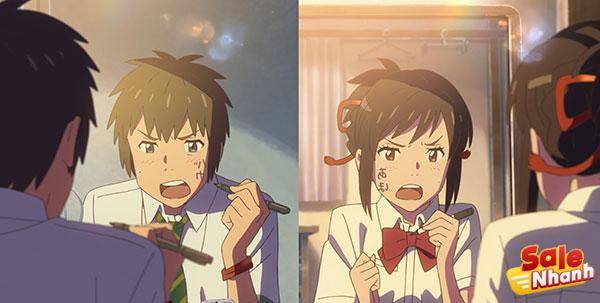 Who would have thought that Mitsuha was dead? The plot given in this film becomes an important structure in the plot. The surprise was brought to the audience’s attention to the film in more detail, which turned out to be there from the beginning. In general, this is what makes Your name so many people decide to watch it over and over again, besides the ending that makes you think.

End with “Your name is?” The ending of this movie is full of connotations that make you question what will happen next. Including a touching ending with a happy ending, this is enough to make the audience want to watch the movie again.

The film is based on the novel of the same name by Makoto Shinkai and was released only a month before the film’s release, as a source of inspiration. Though in the epilogue, Makoto prefers to describe it as a novel version of the film.

Leaving a trail of awards and achievements for film, director, and soundtrack for the anime team, that’s reason enough to make this anime a must-see.

For those of you who have not or have seen What is Your Name, please share your thoughts in the comments section so that Salenhanh and readers can better understand how viewers feel about the film . This is a great animation .