The samurai are among the most important people in Japanese culture and history. Therefore, they are also the biggest inspiration for Japanese artists including animators. They often bring this samurai history to life through anime, creating great battle scenes as well as conversations about honor and friendship.

Samurai don’t always appear specifically in anime. Anime samurai can refer to medieval Japan or the general philosophy of bushido. So samurai were not just sword wielders as in Japanese history. 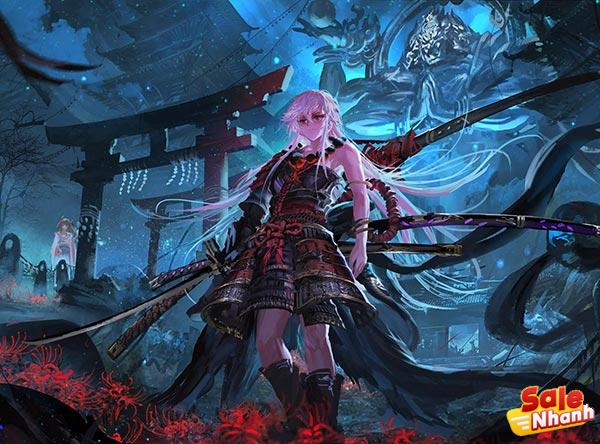 Samurai were members of the military who served local or regional lords during feudal times. As Japan modernized, these positions became obsolete and they disappeared into the past. Even so, their story will still exist and live until now.

Samurai anime always appear attractive battle scenes because Samurai are known to be very good at swordsmanship and martial arts with a brave spirit, so they always win the hearts of viewers. If you also like the Samurai image, here are the top 10 best samurai cartoons that Salenhanh.com sends to you.

The manga is very extensive with several volumes circulating since 2009. However, the anime has only made one season with 26 episodes. The series is set in the alternate world of Japan . 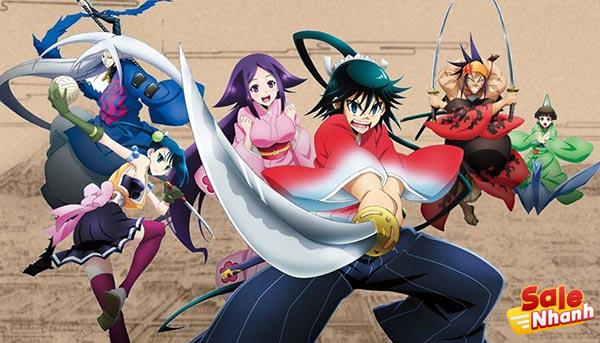 In this series, Mushi, a giant insect, begins to attack humans and paralyze the entire country. Therefore, there are soldiers that have been gathered and sent to fight them. The story follows one of the samurai, Jinbei Tsukishima, a member of the City Patrol. He replaces his father who is no longer able to fight to carry out a noble mission

This samurai anime is known for its unique art. Also, there is an interesting drama behind the delicate plot that is House of Five Leaves. The main character, Masanosuke Akitsu, is a free-spirited samurai who has a very gentle personality to be a warrior. As a result, he became a samurai who was often abandoned by his master and not taken seriously. 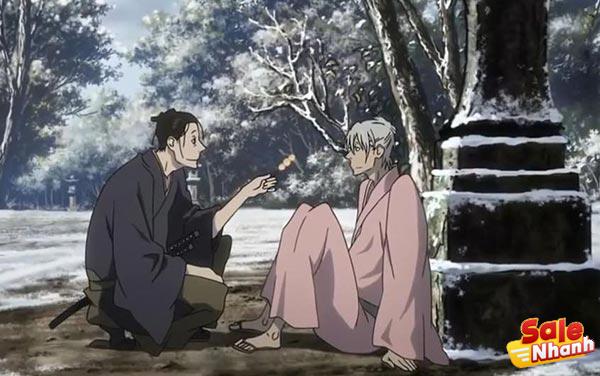 However, the interesting point is that he caught the eye of leader Yaichi, a leader of a band of robbers with an offer of Akitsu to be a bodyguard, of course, he couldn’t refuse. It seems strange that the strong and heady Yaichi would hire such a person as a bodyguard in the demonic criminal underworld. Apparently, Yaichi did it to make friends and get bored not because he really needed protection.

This anime is a loose adaptation of Akira Kurosawa’s Seven Samurai. This textured anime is set in the alternate world of feudal Japan. This series is a very bloody revenge story. 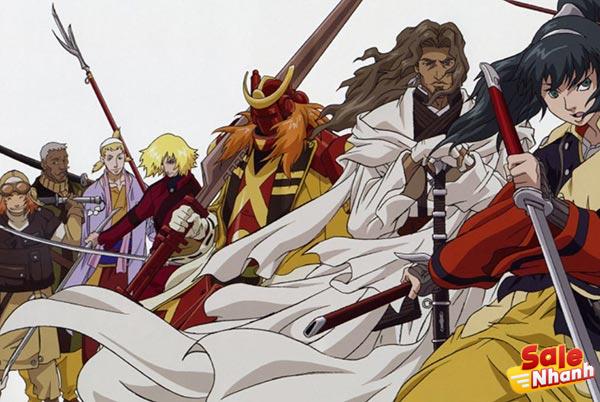 In this anime, villages and towns are overrun by bandits who were once samurai soldiers. However, these samurai merged with machines and became weapons. A village then hired 7 strongest samurai warriors to protect the villagers, 7 samurai with distinct personalities but always carrying the spirit, courage, and bravery of samurai soldiers. However, the end of the series is quite tragic when 4 of them eventually die in battle, leaving only 3 people to travel four pools after completing the mission.

This anime is also known as Samurai Kings. This anime blends the aesthetics of video games and ancient samurai swordsmanship with futuristic superpowers. This leads to the clash of cultures in an intense war. 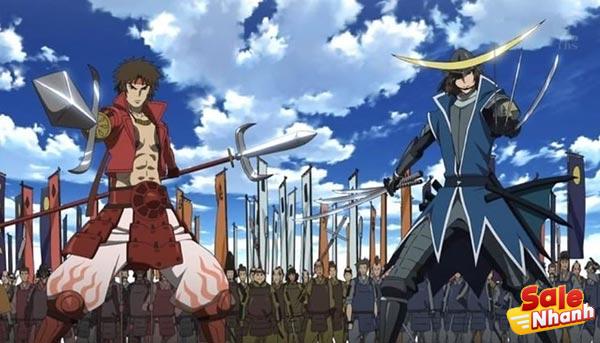 The story is set in the Warring States period, where Japan must defend itself from the Demon King. To protect their land, the Japanese entrusted Date and Sanada, mysterious samurai warriors. They led the quest against the feudal lords by expropriating as much of their property as they could. This anime is based on Capcom’s video game of the same name.

The anime is adapted from a manga titled The Inhabitant of Infinity. This anime has a great premise merging samurai culture with the supernatural. This anime is about Manji, a swordsman in feudal Japan, who is cursed by a magician to live an eternal life. 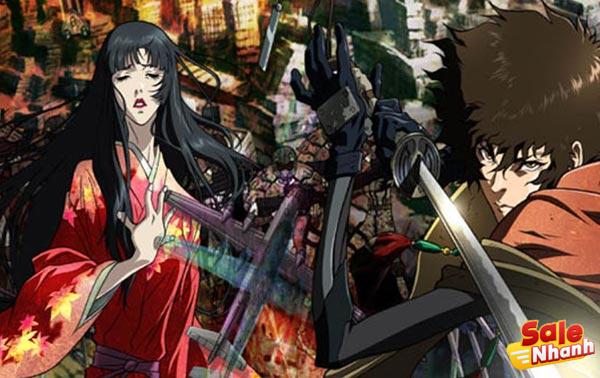 Instead of rejoicing, Manji tries to break the curse but in order to do that, Manji must be able to defeat 1,000 bad people with his sword. On his journey to find freedom, Manji meets Rin, a young girl who has a plan for revenge. Rin helps Manji defeat 1,000 people on their journey.

The title means black mound. These words refer to the terrible legend of Onibaba, an evil spirit in Japanese fairy tales. This samurai anime shares the same theme, and the series is also known for its poignant yet beautiful depictions of violence and debauchery. This is the mark of the Madhouse studio. 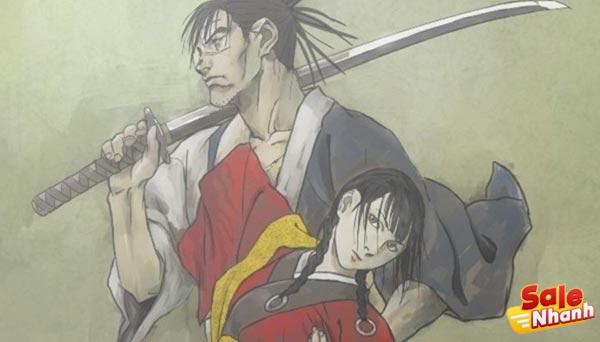 This anime closely follows the story in the manga. In 12th century Japan, a wandering samurai, Kuro, meets a woman named Kuromitsu. The woman turns out to be a vampire and some believe her blood is the secret to eternal life. Through a series of strange circumstances, Kuro is betrayed by his servant and awakens in a dystopian future where he must find Kuromitsu.

The series accurately reveals Japan’s change from feudal society to industrialization. The series is produced by Shinichirou Watanabe, who is also behind Cowboy Bebop. Therefore, the animation style is the same, using a more realistic look for dramatic moments and high-style animation for action scenes. 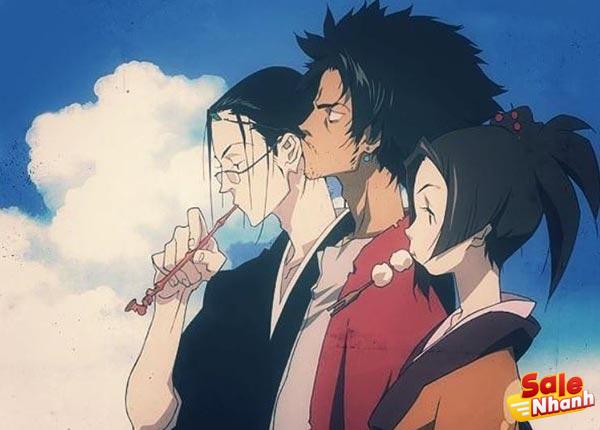 The film begins with teenage Fuu working at his uncle and aunt’s restaurant. The restaurant was set on fire by two wandering samurai. He then intends to help the arsonists avoid execution so they can help him find his long-lost father, Samurai Who Smells like Sunflowers. The wandering samurai are Jin and Mugen, they come from different places. They say sunflowers have no smell. However, they still agreed to help him.

The series was created by Takashi Okazaki with Samuel L Jackson as the voice of the main character, Afro. The series is an interesting clash of cultures. In its mix of futuristic samurai action, sci-fi fantasy, and hip hop music, it feels far more unique than most animated movies. 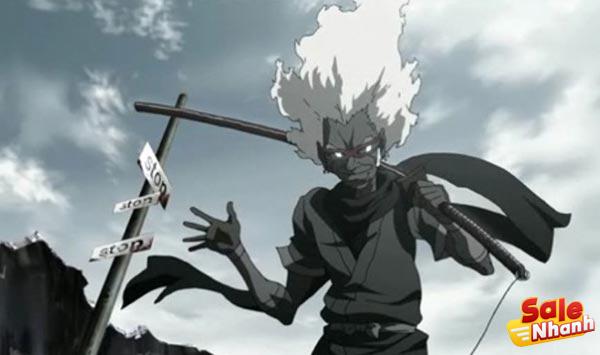 In this series, Afro, a black samurai, is seeking revenge in Japan after his father was murdered. He’s trying to challenge the number 1 headband guy who killed his father to get it. But, to do so, Afro must follow the path of bloody revenge as well as train hard to increase his strength.

This series is a fan favorite. No wonder this anime is so popular. The basic premise is very creative, taking place in the Edo Period but in a different reality. In that reality, the samurai must protect the earth from alien invasion. The series has several versions and adaptations of manga. However, the most famous is the anime series that aired in 2006–2010. 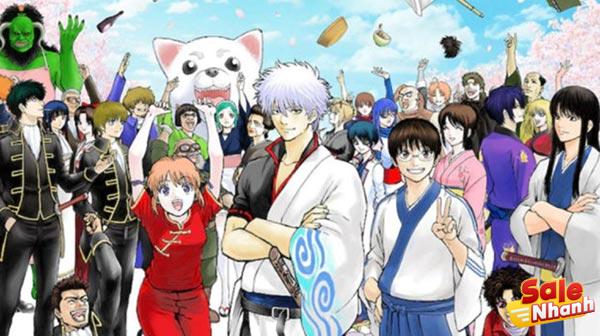 The main character in this series is the free-spirited samurai Gintoki Sakata. He has two friends, an alien teenager named Kagura, who is very strong, and Sinpachi Shimura, who is grateful to Gintoki for saving his sister from the brothel. This anime is known for its witty comedy, social parody, and high-profile drama.

Almost all anime fans agree that Rurouni Kenshin aka Samurai X is the best samurai anime in history. The anime was adapted in 1996 from the manga titled Rurouni Kenshin: Meiji Swordman Romantic Story. The manga was also adapted into a real-life movie, but it did not meet the expectations of what the anime did. 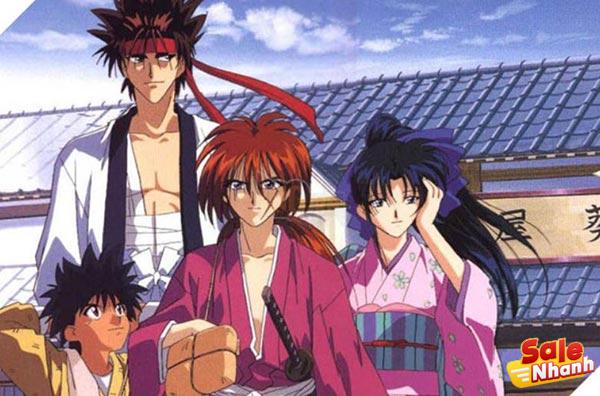 Set in Meiji-era Japan in 1878, this anime is about a man named Kenshin Himura, a former assassin who regrets everything he’s done and has vowed not to kill more people. any more. He is a wandering swordsman who seeks to protect people instead of returning to his previous life.