The Killer’s Shopping List marks the return to the small screen of actor and comedian Lee Kwang-soo after he last acted in a drama in 2018.

For fans who missed out on Lee Kwang-soo’s action because he’s no longer appearing on Running Man, you really have to see this latest drama, huh! Lee Kwang-soo will be competing in acting with Kim Seol-hyun aka AOA’s Seolhyun.

In this 8-episode drama, the two will tell the story of two people working together to solve a murder case located where Kwang-soo works. How will it be? Come on, check out the reviews!

‘The Killer’s Shopping List’ tells the story of Dae Sung (Lee Kwang-soo), a person with a very good and sharp memory. Even so, in fact, he failed the exam to become a Civil Service Officer (PNS) for 3 consecutive years.

Dae-sung also works part-time at MS Mart on the outskirts of Seoul, where his mother, Myung-Sook (Jin Hee-Kyung) owns it. His girlfriend is A-Hee (Seol Hyun), who works as a police officer. 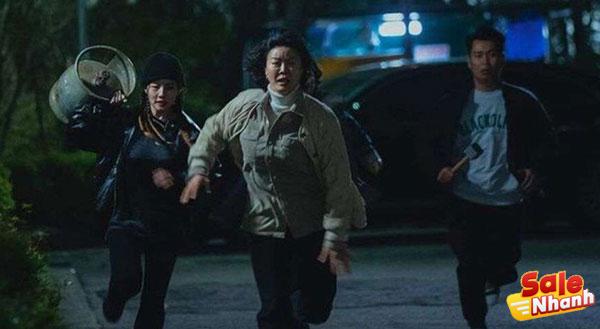 Once upon a time, a mysterious murder occurred near an apartment complex. MS Mart supermarket is located next to the crime scene. A-Hee investigates the murder case on her own. Soon after, Dae-Sung and Myung-Sook join the investigation.

The only clue to the murder was the receipt issued from MS Mart. With Dae-sung’s great memory and Ah-hee’s kind heart for justice, will they be able to find the real killer by gathering evidence at the supermarket?

Elevating the story of a serial killer, this film has a mysterious story that leaves viewers speculating about the identity of the hard-to-find killer. Moreover, the method used in killing is always exactly the same, there is no difference.

However, the story of the murder mystery is not too complicated or too serious to witness. The presence of actor famous for comedy genre Lee Kwang-soo makes this film also bring its own entertainment that can bring laughter to the audience.

Not only the main character, some supporting characters like Ah-hee, Dae-sung’s girlfriend, sometimes also make the audience laugh because of their humorous attitude like a policewoman who is ready to protect her boyfriend. . The love story of both is also shown to be somewhat true and sufficient. 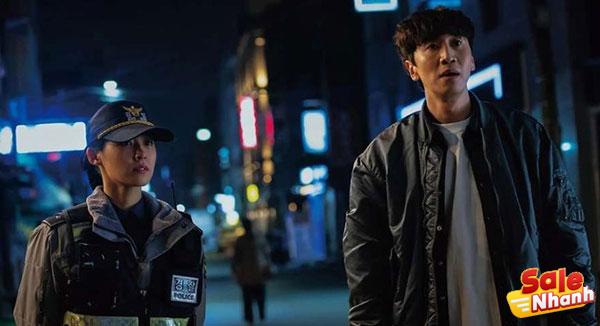 In addition, the presence of staff with a ‘knowing’ instinct in investigating the murders that occurred also creates the impression of an entertaining comedy for the audience. Furthermore, one of the employees is a man who wants to transform himself into a woman.

Upon being suspected and learned that he was a transgender candidate, Dae-sung, Ah-hee, and their mother immediately accepted him without looking at his background. They also decide to work together to find a serial killer who has been harming supermarket sales.

The Killer’s Shopping List is one of the short, 8-episode Korean TV series. Bringing a comedy-horror plot, making the story in it different and unique compared to the dramas being broadcast today.

The presence of Lee Kwang-soo also makes this movie the most awaited movie by fans because of the actor’s acting talent.

With this short amount of time, Lee Eon-hee in the role of director, condenses a story that focuses solely on the hunt for the murder character carried out by employees at the supermarket. They began searching and narrowing down the list of suspects through the purchase receipts recorded on the cashier’s computer.

Assuming that the serial killer definitely bought the murder device through their supermarket, even though the detectives confront them, that doesn’t stop them from wanting to find out who the serial killer is, This made it difficult for buyers.

Furthermore, the detectives suspect Dae-sung because he knows the details of every victim who is a supermarket customer, even though it happened because Dae-sung has a sharp and strong memory. Not only that, the conflict that occurs also involves a character from the past, namely a counterfeit money fraudster, who comes to take revenge.

Everything is compressed with the right measure, so that the stories in this film are not duplicated, duplicated too much.

The warm love between the characters

The closeness of fellow players appeared in a warm and intimate atmosphere, making their appearance not seem like they were acting. But, it seems the actual situation. There is no awkwardness, rigidity, or feelings of lethargy. All players showcase their talents to each other by animating their every role.

Lee Kwang-soo also succeeded in portraying the character of Dae-sung well, how he wanted to restore the convenience of his convenience store shoppers through the arrest of a killer. a series that makes people stand still. 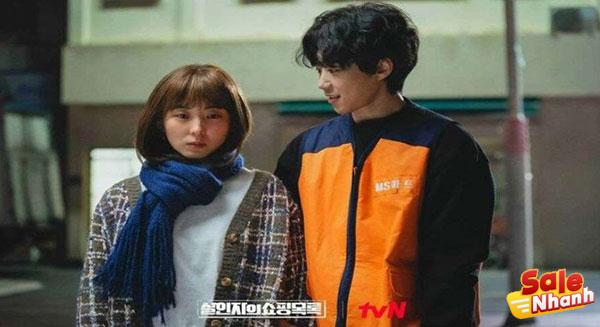 He also suddenly becomes a detective and conducts fake investigations that make the audience sometimes uncomfortable, because he is always overly suspicious that leads to being discovered.

Seo-hyun’s appearance also did not escape the eyes of the audience. He is depicted as a girlfriend who is always ready to protect Dae-sung and protect him from criminals who want to harm him.

Dae-sung’s family also gives each other interesting looks. When Dae-sung is accused of being a suspect, the two of them are instinctively ready to sacrifice themselves to protect their child.

‘The Killer’s Shopping List’ is one of the many new Korean dramas among the many dramas that are also airing today. Set in the story of a serial killer with supermarket employees who are fake detectives who try to uncover the truth to keep shoppers comfortable.

While the motives behind the murders are still underpowered and poorly understood, it’s all closed by the players’ performances that deliver warm and entertaining chemistry.

Of course, there are 8 episodes in total, making this series more enjoyable to watch at leisure. The story of the interesting players adds an extra plus and is definitely hard to miss.