The Advent Calendar may not be well known in Vietnam but abroad, it has become a tradition. Sombrero Films has teamed up with Siddhi Films and Frakas Productions to create a horror film about The Advent Calendar that will be shown in theaters across the country on April 22 as Day 24….

This French thriller stars Eugénie Derouand, Honorine Magnier, Clément Olivieri, Janis Abrikh. Maybe the names are not too familiar to the audience who love Vietnamese cinema such as Angelina Jolie, Julia Roberts, Miyabi.

If you are also curious about the horror film Day 24…(The Advent Calendar) , let’s take a look at some information with Salenhanh before going directly to theaters and watching!

Trailer of the movie The Advent Calendar

Summary of the movie The Advent Calendar

Eva (Eugénie Derouand) is a former dancer who was paralyzed in a car accident three years ago. On December 3, she is visited for her birthday by her German friend Sophie (Honorine Magnier) and presents her with a gift of champagne and an ornate vintage wooden calendar containing a candy (among other things) behind each door .

But as it turns out, each window box contains not only a chocolate, but also the power to influence Eva’s life, from small perks to life-changing advantages and, of course, some decisions. birth and death. 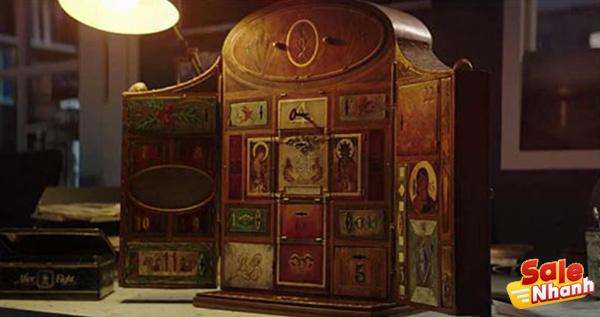 Calendars come with some rules. If you have participated and eaten the first candy then you will definitely have to play to the end of the game and are not allowed to stop. In addition, if you deliberately throw away the calendar, you will….die. In addition, she can completely recover from her paralyzed legs if she agrees to exchange 7 other people’s lives.

Even so, Eva still agreed to what the calendar suggested and started eating the first candy. And at this time tragedy also began to take place, the first person who had intended to harm Eva and was also a superior of hers, as soon as her dog started gnawing on the car, in a Elsewhere, this man’s car was in a similar situation and killed him.

The second candy to be eaten and the next subject to die is the president of the company, who has repeatedly oppressed Eva. Right after she ate the second chocolate candy, a bone appeared from the calendar that was removed by the dog. 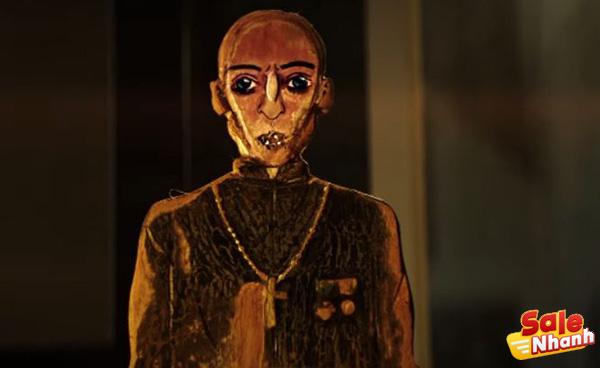 The next morning, the dog returned home in full color human form and on the dog’s mouth was the pendant that the president often wore. Although a bit bewildered about their deaths, Eva continued to use the 3rd chocolate to continue to challenge and heal her legs. In addition, the people who just died are all bad people, so there is nothing to worry about… However, things are not so easy, the third candy to die next is her boyfriend. And behind that, what horrors await her at the end of the ordeal? Will she be able to heal her feet? How many people around her will have to die? Come to the theater and watch the movie to get the most accurate answer.

Review of the film The Advent Calendar

The demon, or whatever it is, inhabits the Advent calendar apparently called “Ich,” which I initially overlooked when I first saw the film. Of course, “Ich” means “I” in German, which makes perfect sense when reviewing the film. 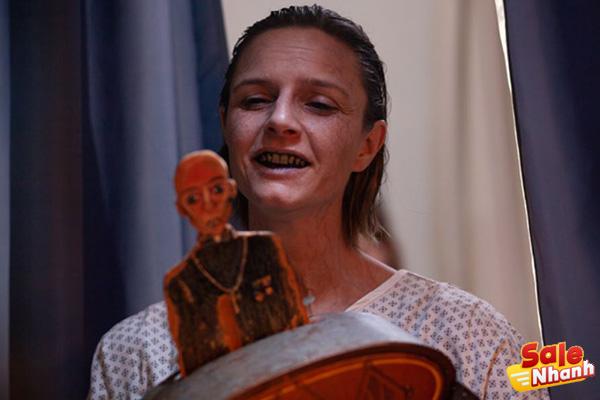 Eva’s every choice is driven by her own desires and motivations, she follows every rule, every request — causing everyone in her life to die so she can walk again. . Is there even a demon or human being controlled only by their own ego? Are they their own demons? One could argue that in the end, Eva sacrificed her sense of self to obey the demands of “Ich”. (Salenhanh.com)

When it comes to deaths, this movie has no shortage of unique and creative deaths. In fact, the first death that happens is the one the audience will cheer for. It should also come with a slight warning, as Eva was sexually assaulted by a lowly man and then paid with death herself. However, it gradually made me shocked because not only the bad guys but also the good people gradually had to die.

The set design, lighting, and cinematography are key factors that make Advent Calendar so terrifying – good, and even prove to be the heart of the film. 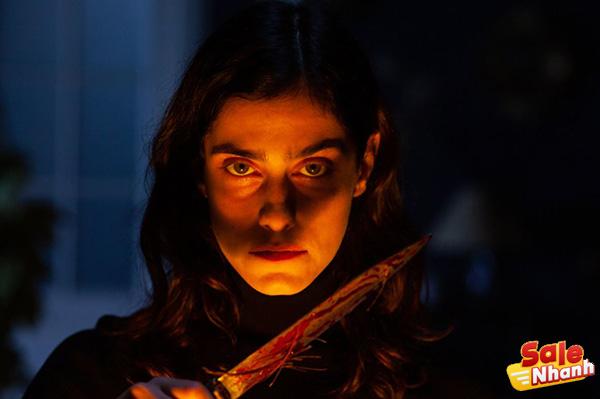 Furthermore, Derouand (Bula 2021, Lucky 2021) deftly personifies her character Eva, who, on screen, suffers from multiple reactions to multiple horrors throughout the film. Derouand’s performance left a strong impression on the audience, as each member will feel her heartbreak, her inner torture, and even her fiery passion for love through the eyes of an acting actress. sharp.