The green hero appeared in the series ‘She-Hulk: Attorney at Law’. This new series in MCU Phase 4 is the debut of She-Hulk from Jennifer Walters, an attorney who is also Bruce Banner’s cousin. She-Hulk has been on the air since August 18, 2022 with 9 episodes on Disney + Hotstar.

Based on Marvel Comics, the eighth television series in the Marvel Cinematic Universe (MCU) produced by Marvel Studios. Jessica Gao takes on the role of the main screenwriter, with Kat Coiro leading the director’s team. Filming begins mid-April 2021 in Los Angeles and Atlanta, Georgia, and runs through mid-August.

Before the trial, attorney Jennifer Walters (Tatiana Maslany) told viewers about an incident a few months earlier in which she and her cousin Bruce Banner (Mark Ruffalo) were involved in a car accident after encountering the Sakaaran spacecraft.

While trying to save Banner, Walters was cross-contaminated with his blood, causing him to transform into the Hulk. Banner takes Walters to a secret lab in Mexico, where he trains him to control his new-found powers.

Walters communicates with Emil Blonsky or Abomination (Tim Roth), who explains that he was kicked out of his cell by the Sorcerer Supreme Wong (Benedict Wong) and that he voluntarily returned to prison afterwards. Since then the case handled by Jennifer Walter has become increasingly difficult involving superheroes. 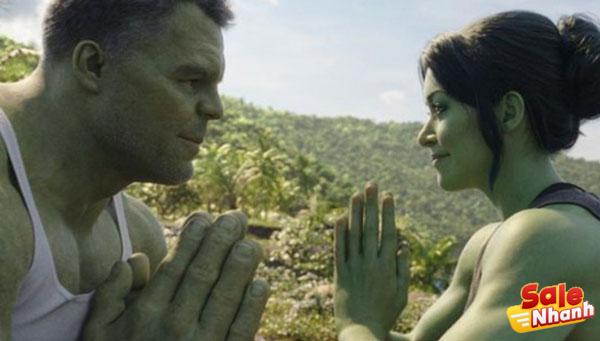 Interesting premise is not sustainable

Since Jennifer transitioned from Bruce’s bloodline, continuing Bruce’s goals is a big question mark. Even until it shows up at the end without any meaningful resolution. She-Hulk’s transformation is like leaving us with a B-rated cheesy TV series, full of daily vlogs by an influencer parodying nothing.

Each episode we are introduced to a simple drama, the story of Jennifer, who struggles with her new identity as a big, green lawyer. Aside from Jennifer’s environmental conflicts, no MCU-style conflicts are kept hidden to increase our excitement for the next episode.

Image and action in a family movie

The MCU is known for its CGI special effects since Robert Downey Jr.’s ‘Iron-Man’ movie. Everything seems to be thrown away with this She-Hulk, only a large green figure continues to decorate the screen weekly. Simplified combat action, parody spice spiced up the She-Hulk story in this first season.

Even when appearing in the first trailer, She-Hulk had to receive a lot of criticism. A casual look, wrapped in fashion spices can appeal to female audiences and fashion lovers. 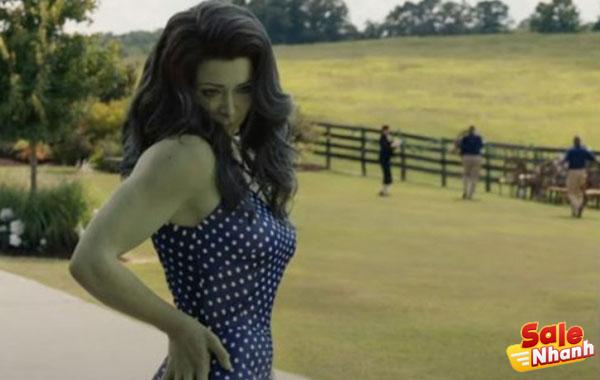 The case of joking about superheroes as a joke

In addition to the Abomination case, the cases involving other superhero characters are not impressive. The appearance of Wong, who is also related to Donny Blaze becomes very bad in 2 episodes. The other cases also seem unrelated, although towards the end of the fight, things become more and more explosive in the character of She-Hulk.

Easter eggs involving other Marvel characters are not the main focus of this series. It’s all about Jennifer wanting to be in the spotlight, even if her name is already trademarked. It’s a bit weird for Jennifer to be narcissistic, but that’s her way of showing off a season of this female superhero.

At the end of the season, She-Hulk has a veteran hero who also previously appeared as a lawyer in ‘Spider-Man: No Way Home’. This is probably the only interesting thing, after the Abomination case is so trashy and neglected.

Not only is Matt Murdock back as Daredevil, but he’s also been sidelined with Jennifer, who happens to be also a lawyer. In fact, Matt Murdock is even better than Jennifer when it comes to being a lawyer. It’s like we’re being toyed with with the silly cases Jen defends in every episode.

Deredevil also had time to show his actions in exposing the Leapfrog crime is also ridiculous. Despite the arrival of Matt Murdock as a refresh, this saved the series from endless boredom. 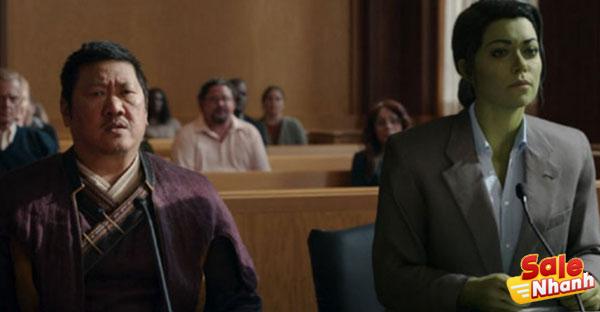 Since the moment Matt Murdock appeared, all speculation about She-Hulk’s continuation and his relationship with the MCU has heated up. Even the return of Bruce Banner and the Abomination, as well as a few easter eggs in the final episode, has fans ‘fascinated’ for ‘World War Hulk’.

Hulk’s character looks even more ridiculous since ‘Thor: Ragnarok’. A super-strong character that should have been a horrible ghost turns out to be lovable and super funny, with no limits on people.

Perhaps Marvel wants to improve the image of Hulk becoming softer, which in all fan theories is linked to the continuation of MCU Phases 4 and 5. It seems like the ending of ‘She-Hulk: Attorney at Law’ has nothing to do with the next Marvel movie or series.

Conclusion about She-Hulk: Attorney at Law (2022)

The She-Hulk’s premise, deliberately crafted by Bruce Banner, has given rise to a lot of fan theories and ultimately remained the original throughout this one season. All the conflicts are about the ridiculous circumstances and complexities of Jennifer Walter’s own mind.

It seems that the first season of ‘She-Hulk: Attorney at Law’ has nothing to do with the next Marvel movie or series. So you can still watch She-Hulk as lightheartedly without thinking about the broader MCU.