Jimmy, a high-ranking assassin, tries to save the soul of his son, Michael, who is being hunted by mafia boss, Shawn, for killing his son, Danny.

With all means and strength, the two ran all night, while protecting their loved ones who were also being hunted. In the end, Jimmy had to face Shawn, his best friend in his arms.

Run All Night is an action horror film by Jaume Collet-Serra released by Warner Bros Pictures on March 13, 2015. It is the director’s third collaboration with Liam Neeson, following Unknown (2011). and Non-Stop (2014), which will show non-stop action all night long.

Does this movie have anything new that is different from their previous two films? Check out the following review of this movie with shooting locations in New York City!

Jimmy Conlon is a former Irish assassin. His life is now alone and his time is often filled with drinking parties. He was away from his son, Michael, who is married and has two daughters.

Although he is no longer active as an assassin, he is still bailed out by the mafia leader, Shawn Maguire, who was once his teammate.

Shawn refuses an offer of a heroin business from Albanian mobsters backed by Shawn’s son Danny. Mafia gets angry with Danny and asks him to return the bribe he gave. Danny is angry with Shawn but is unmoved by his father’s decision.

Michael, a limousine driver, is tasked with escorting guests who turn out to be Albanian robbers about to take Danny’s money. But Danny betrayed and killed the mafia and his men. 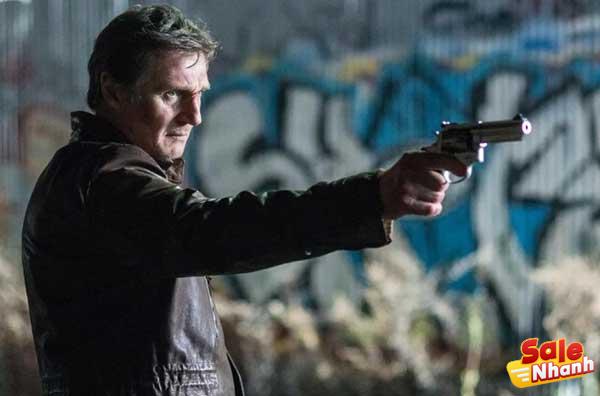 This incident was witnessed by Michael and Legs, his students who happened to be passing by. They are then pursued by Danny and his friends.

Upon receiving this news, Jimmy immediately went to Michael at his home and advised him not to report this incident to the police. While leaving, Jimmy kills Danny, who sneaks into the house and tries to shoot Michael.

Jimmy tells Shawn that he killed his son and tries to apologize by turning himself in so Shawn won’t go after Michael.

The police went to Michael and arrested him. He is charged with murder and is said to be on the run by two corrupt policemen who are Danny’s men.

Jimmy, who saw this, immediately chased the police car to save Michael. Through the chase along the streets of the city, Jimmy was able to free Michael and escape the pursuit of the police.

Jimmy meets Shawn at a fancy restaurant. He explains what really happened, but Shawn doesn’t care anymore and will still hunt Michael down so that Jimmy feels the pain of losing a child like he does.

Jimmy sends Michael’s family to a log cabin outside of town while they try to save Legs from being hunted by Shawn’s men.

While searching for Foot in an apartment, they are hunted by Andrew Price, Shawn’s assassin. In addition, the police have also started cleaning the apartment to arrest Jimmy and Michael on the orders of Detective Harding. 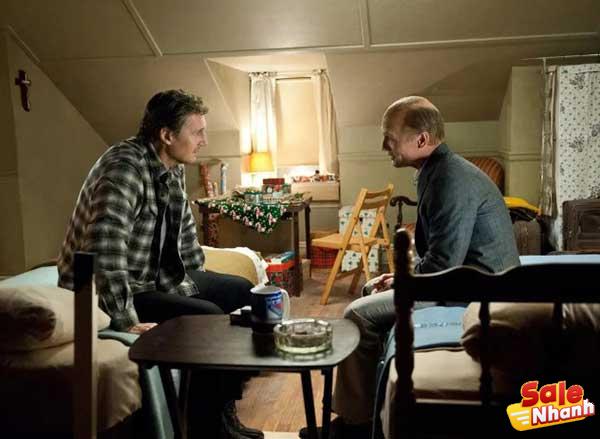 The injured Jimmy is taken by Michael to the house of Eddie, Jimmy’s brother. After learning of the problem, Eddie throws them both out of the house and manages to reveal the secrets of Jimmy’s dark past. Michael, who was very upset to hear that, chose to go to the chalet to reunite with his family.

Meanwhile, Jimmy goes to the headquarters of the Irish mafia and kills everyone there, including Shawn. Jimmy then follows Michael to the chalet and meets his two grandchildren.

Jimmy feels accepted after being hated by Michael. They are waiting for the police to arrive, who received a report from Michael.

But suddenly Jimmy was shot dead by Andrew. The badly injured Jimmy tries to fend off Andrew, who is hunting Michael and his family.

Did Jimmy manage to protect his family? Then what will be the fate of Jimmy next? Was he arrested for past murders or released for cooperation? Please keep watching the tension of this drama until the end, friends!

Marathon mission to save families

Since the success of the action movie Taken (2008), Liam Neeson has become an action star at a young age. He appears to be the successor to Charles Bronson in the 1980s.

The performance of Liam Neeson, who has previously had experience in many dramatic films, never disappoints when it comes to the action genre. As shown in this movie.

Liam Neeson and Jaume Collet-Serra have always brought up interesting themes at the core of the story in the previous two films. Unknown (2011) causes the main character to lose his memory, so the mysterious nuance is dense. While Non-Stop (2014) presents non-stop action on an airplane that is in the air.

And in this 1 hour 54 minute film, they highlight the dramatic aspect with their approach to family as an emotional trigger.

The film opens with the story of the two sons of a mafia boss that is taken as the emotional foundation of the entire storyline. Michael tries to stay away from the mafia world, while Danny wants to get deeper into his father’s dirty business.

Their steps meet in an uncomfortable situation. Michael, who witnesses Danny’s murder, leaves him hunted by the son of the mafia.

And when Danny is murdered, Michael and Jimmy are hunted down by Shawn and his henchmen. As a result, Jimmy has to go on a mission to run an all-night marathon to protect his family from being chased by Shawn.

Jimmy lives alone because Michael refuses to meet his family. Michael hated his father’s assassin job for Shawn. And Jimmy’s life wasn’t any better either. 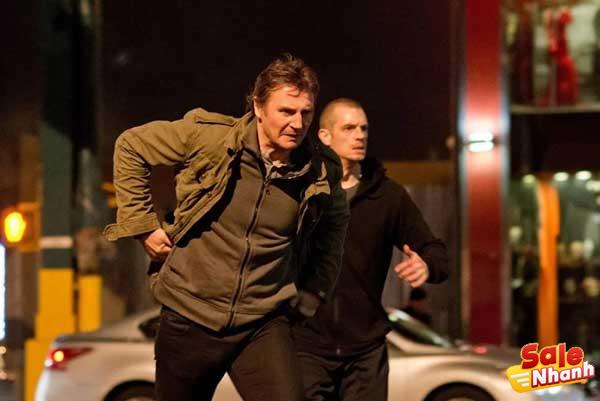 He always spends his time and money getting drunk. In fact, all of this he does to escape anxiety about his actions as an assassin in the past.

Although no longer active as an assassin, Shawn still ensures Jimmy’s life. And when Michael is pursued by Danny, who is later killed by Jimmy, is Jimmy considered ungrateful to Shawn? Does breast milk come in with tube water?

Of course not! Jimmy finds Danny guilty for committing the murders and then tracks down Michael to erase his tracks.

And when Jimmy killed Danny, Danny was also pointing a gun at Michael. A father’s instinct is sure to prioritize the safety of a child at stake. After all, Jimmy apologized to Shawn and admitted his mistake. In fact, he was willing to trade himself for Michael. However, as a father who has just lost his only child, Shawn is still filled with anger and a desire for revenge.

This is where Brad Ingelsby’s wisdom as a playwright comes into play. At the beginning of the film, we are told the story of two mafia children, by the middle of the film, the feud between the two fathers becomes the emotional core of the story. The best scene in this movie is not the action scene but the scene where Jimmy and Shawn meet at the restaurant.

Liam Neeson and Ed Harris show off their acting strengths as mature senior actors. They are two different types of fathers in nature and destiny.

Jimmy has a bad life and is shunned by his children, who are now away from the criminal world, while Shawn is rich and famous as a mafia leader but has children he wants to aim for. criminal world.

These two fathers, both defending their sons. Although Shawn knew Danny was the perpetrator of the crime in this case, the father-son relationship never faded.

The same goes for Jimmy, who will do his best to protect his innocent son. One thing we should know, Shawn and Jimmy are teammates.

But when it comes to matters of life, the bond of friendship is no stronger than that of family. Nothing can stop each of them from finishing the other.

Usually in this modern day with advanced CGI technology, most movies use CGI to refine each scene to make it more beautiful. Action movies are no exception. Car chases and gunfights often use visual effects to make the scene more thrilling. 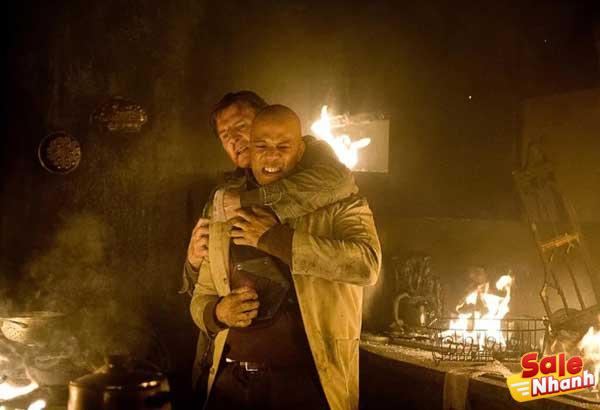 But not with this dark and dynamic cinematography. All the action scenes in this movie are completely the expertise of the stuntman, the production team in building the location and camera movements to be able to capture all these scenes well.

All of these action scenes are made fun of by Dirk Westervelt’s excellent editing. His hard work in the film industry later helped him take on the editing of future major films, which are Logan (2017), Deadpool 2 (2018) and Ford v Ferrari (2019).

Moving from one location to another in New York City was presented in such a neat and dynamic manner that it really impressed us.