In this day and age, living next to each other is often enough just knowing each other. Although they are the closest people when we need help. Even in certain areas, neighbors may not know each other. Everyone’s busyness is a cause for everyone to live separately.

The drawback of living with neighbors is not to interfere in each other’s lives. Our freedom will be overrated when we feel disturbed by our neighbours. This happened in the movie Neighborhood, where the presence of a new neighbor really makes life uncomfortable. How to evaluate and summarize? We will cover it here.

Mac Radner and his wife, Kelly, recently had a baby girl named Stella. This new phase of life confused them. Because they have to start changing old habits. Mostly partying and hanging out with their two best friends, Jimmy Belvins and his ex-wife, Paula.

Mac and Kelly’s life was initially going well living in a quiet neighborhood until one day, a Delta Psi brother moved in and settled in the house right next to them. Delta Psi is known to be a group of students who often party and cause trouble. Sure, the quiet nights are often replaced by noise due to their behavior.

Mac and Kelly don’t stand still. They meet Delta Psi’s leader, Teddy, and ask Teddy to remind the members not to make too much noise because they’re having a baby. Teddy immediately agreed to their request and asked them not to report further to the authorities and to make sure that if there was an uproar, simply contacting Teddy was enough.

Mac and Kelly’s request was not immediately fulfilled by Teddy and his Delta Psi. At night, they party and make noise. Mac tries to call Teddy but he doesn’t pick up. He left a voicemail but received no response. Kelly urges Mac to report to the police anonymously so they don’t get scammed by Delta Psi. 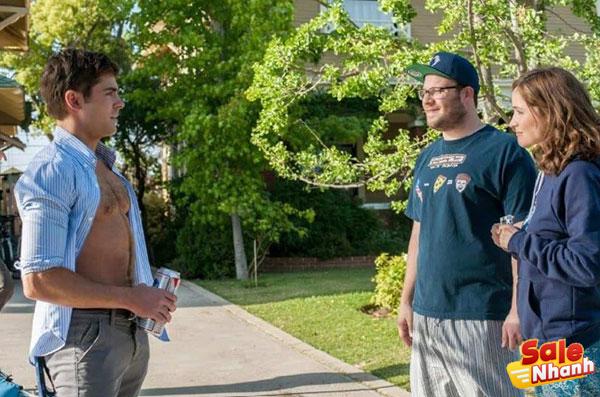 Mac called the Police, who soon arrived at the house next to them. Unfortunately, the police instead signaled that the reporter was the nearest neighbor. The actual Teddy immediately thought it was Mac, who had previously agreed with him. Feeling the problem solved, Mac and Kelly can sleep well.

In the morning, they found garbage scattered in his front yard. They immediately assumed the trash was coming from the house next door because it was after a party the night before. The two went to the Delta campus and reported the incident. Unfortunately, the campus was only able to operate after three incidents.

Mac and Kelly devise a plan to have Delta Psi commit two more crimes and be fined by the university. The first plan was to burn down the house they were living in. Unfortunately, the plan failed. The second plan was to defeat Teddy against his confidants in Delta.

Kelly tries to get Pete, Teddy’s soulmate, to have sex at Delta’s house. Meanwhile Mac leads Teddy to arrest him. The attempt even caused Mac and Teddy to fight to the point of injuring a passing instructor. As a result, Delta suffered a second foul.

What’s Mac and Kelly’s next plan? Can they remove Delta Psi as their neighbor? Although it looks serious, this movie is actually a comedy and of course contains a lot of corniness. The comedy presented is quite close and intersects with many people.

The Neighbors presents a humorous story with a simple premise that is easy to follow. We won’t have to think much other than seeing the funny behavior of the characters, especially Mac, Kelly and Teddy. In fact, almost throughout the film, we will be presented with various comedies without having to give us much thought.

Nicholas Stoller is the director of the film Neighbors. He is known for his simple humorous story that brings laughter. This film shares similarities with other films he directed such as Forgetting Sarah Marshall, Yes Man, and Get Him to the Greek. 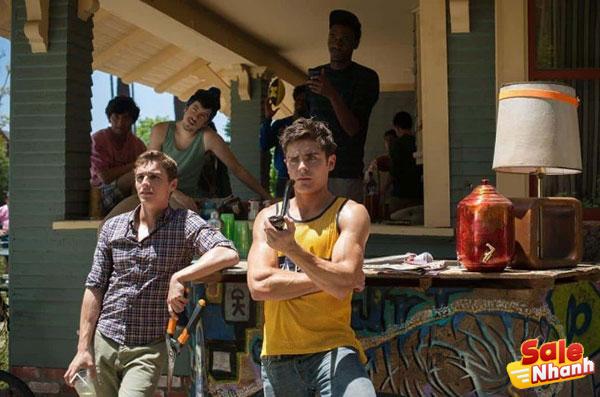 In Neighbors, from the middle to the end of the film we will constantly see Mac and Kelly collide with Teddy but are wrapped in silence. In a way, the two sides are at war. However, the created war is really embarrassing for those who follow us.

In the movie Neighbors, the roles of Mac and Kelly are played by Seth Rogen and Rose Byrne, where Rogen is used to doing comedies. Indeed, not everyone liked his supposedly vulgar comedy. In this movie, Rogen does the same thing but in a rather light part. Just a joke, only adults can consume.

Rogen exhibits strong chemistry with Rose Byrne. Byrne is not an actress used to doing comedies. In fact, it’s the only Bridesmaid he’s ever played in a similar genre. Incredibly, he was able to balance Rogen’s performance with his comedy, and you could even say he’s attracted more attention because of his appearance in this movie.

Rogen plays a man in his thirties who seems hesitant to start a family. While Byrne plays a cocky wife who is also not ready to live as a grown woman. The union between the two party-loving and age-defying people is presented in a logical way. Especially when they come up with a strategy to get Delta Psi punished off its campus.

Zac Efron’s name rose to fame when he starred in High School Musical 3: Senior Year. His role in the TV series released by Disney continues to stick. Furthermore, many of his roles in films have made him the main character. But in the movie Neighbors, we get to see how he plays a bad boy.

Efron plays Teddy, the leader of Delta Psi. As president, he also played a role in the chaos wrought by his team. Efron felt that the rest of his time with Delta should be spent entertaining before he entered adult life. He is thus aided by Pete, played by Dave Franco, who acts equally insane.

Teddy is the mastermind of his war strategy with Mac and Kelly. He is not only naughty but also very intelligent. Teddy was the one who took the initiative to stop the party, causing Mac and Kelly’s plan to fail. In addition to his ability to act naughty, Efron can also act humorous. There’s a scene where he imitates Robert De Niro in the movie Taxi Driver that makes him look ridiculous.

Neighbors is a highly entertaining comedy with a very easy to enjoy joke genre. Unfortunately, this film presents the kind of jokes suitable for consumption by adults only, so it should not be viewed by underagers. Make sure you’re old enough if you decide to watch it, okay?

For those who want to see Rose Byrne and Zac Efron break out of their stereotypical characters in the movie, Neighborhood could be an interesting choice. This movie is proof that they really deserve to shine in the acting world. If you’ve seen it, don’t hesitate to share your opinion in the comments section!