There is a saying that ignorance is bliss. This phrase implies that when we look deeper into something, there will be a lot of complexity. This also applies to humans.

The deeper we go, the more we’ll see that we’ve missed. Usually these are kept secret because they cannot be known to anyone.

There are many ways to reveal someone’s secret. Can be done directly through communication. It can also be done indirectly, such as asking people for help.

In the movie Chinatown, a detective is asked to investigate an affair but instead leads to a more complicated matter. Go straight to the synopsis and review of the movie with salenhanh!

In 1937, JJ “Jake” Gittes was a private detective in Los Angeles. He has a client named Everlyn Mulwray. Evelyn asks Gittes to spy on her husband, Hollis Mulwray, an employee at the Los Angeles Department of Water and Energy. According to Evelyn, the husband has a mistress.

Gittes is tracking Hollis. Hollis publicly stated that he refused to build a water reservoir that was deemed unsafe. Gittes took a picture of Hollis with a young woman. The next day, the pictures were plastered all over the newspapers.

A woman comes to Gittes and says she will sue Gittes for spreading false information. The woman turned out to be the real Evelyn Mulwray. Realizing that he was framed, Gittes began to think that Hollis was the target of someone trying to take him down.

Before she could speak to Hollis, Hollis was found drowned in a reservoir of clear water. On Evelyn’s orders, Gittes begins to investigate a case he suspects is a murder.

Gittes begins to investigate the reservoir where Hollis was killed. In the midst of a drought that hit Los Angeles, every night he still saw water flowing into residential areas. Amid the investigation, the head of the Department of Water and Energy, Claude Mulvihill, pressured Gittes to stop. 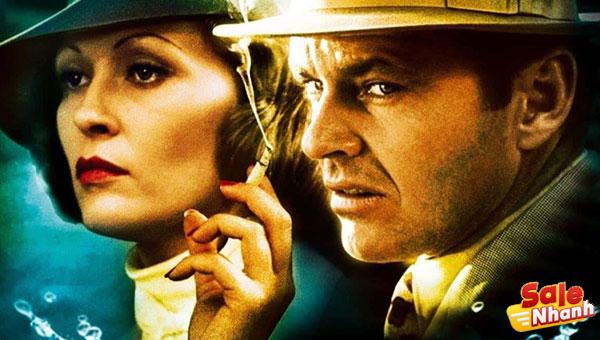 Gittes ignored Claude, until his men slashed Gittes’ nostrils with knives. While at the office, Gittes received a call from a woman named Ida Sessions.

Gittes recognized his voice as the fake Evelyn who had assigned him the task of tracking Hollis. In a frightened tone, Ida asked Gittes to check the obituary without giving a clear reason.

Cross says that Gittes doesn’t understand how his world works. He then added that he would double Gittes’ fee to find Hollis’ mistress.

Gittes suspects an oddity because in the Northwest Valley region there are many changes in property ownership. He also visited the area.

While conducting the investigation, he is attacked by someone. The man thought that Gittes was a messenger from the Department of Water and Energy urging residents in the area to get out.

The ministry urged residents to sabotage marines into the Northwest Valley. Gittes theorizes that the Department of Energy and Water is deliberately drying up the Northwest Valley to buy property at lower prices. He suspects that Hollis was murdered because of the conspiracy.

Evelyn and Gittes begin an affair. At the same time, Evelyn says she must run away and reminds Gittes that her father is a dangerous man.

Gittes follows Evelyn to meet Katherine, who is suspected of having an affair with Hollis. After the confrontation, Evelyn admitted that Katherine was her sister.

A new truth is revealed, Hollis died with a lot of salt in her body. Who really killed Hollis? Who are Evelyn and Katherine too?

This film presents the story of an investigation into an affair that later has a long tail. If you like detective movies, I think this movie will satisfy you.

Chinatown carries the main plot about the plot of the drought that hit Los Angeles. Drought is used as a tool so that the Northwest Valley area can be bought cheaply. That way, the Los Angeles Department of Water and Energy could build a new reservoir to run the entire city. 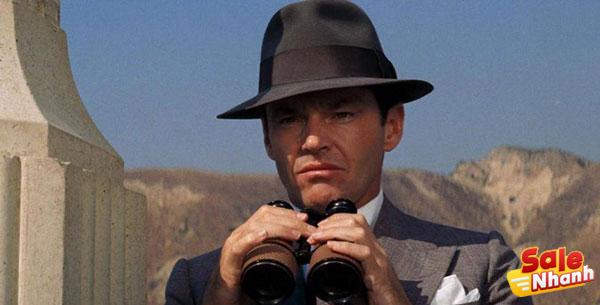 This drought is based on a true story. America used to suffer from a drought in the 1970s, but in the film, the story is set in 1937.

This interesting plot theme is combined with a political element of destruction of the land. A pretty consistent case so far. In fact, we still often hear news about land mafia everywhere.

Not only the main plot is solid in this movie but also the supporting plots. The Hollis murder case is an equally vibrant support.

We have to guess who the real killer is and what the underlying motive is. Furthermore, at the beginning, we will be presented with the hypothesis that there are two possibilities, either because of infidelity or because of differences in the mission in which he works.

The side story about who Evelyn really is is equally interesting. She was on the list of suspects in the murder of Hollis because her husband had a mistress. News of Hollis’ affair was also supported by Cross’s statement asking Gittes to investigate. There is also Katherine called Evelyn’s sister but on another occasion Evelyn called Katherine her son.

The great thing about Chinatown is that the seemingly unrelated subplots will condense and support the main plot. It’s not just about a plot of drought, unfaithfulness, and destruction of the land, but also rape and revenge. Writer, Robert Towne and director, Roman Polanski know very well how to combine suspense with brilliant drama.

Chinatown doesn’t have much action or suspense. Instead, we are brought more to follow Gittes’ adventures in investigating cases. The case that started as an affair has turned into a much larger case. The director put the film at a slow pace to build the characters and the story changed from the original plan. 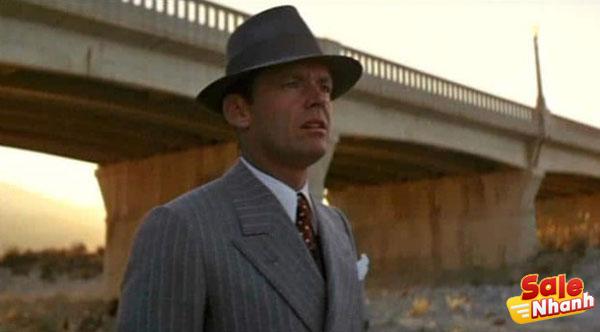 Using a slow tempo is a good decision. There are many dialogues containing small details that will affect the main plot and its subplots. As the obituary and bifocals found at Evelyn’s house are the key to solving this case.

Faye Dunaway in Chinatown as Evelyn. On the one hand, we can see the silhouette of Evelyn, who always invites sympathy but on the other hand raises suspicion because her statements can be different. Dunaway looked natural as Evelyn. One of the best scenes is when he reveals who Katherine really is.

Jack Nicholson in this film plays JJ “Jake” Gittes, a flamboyant detective. The great thing about Gites’ character is that he can be psychologically intimidated to uncover clues. Fortunately, in this film, Gittes is not portrayed perfectly. Gittes only has investigative abilities without great martial skills.

Gittes’ character as a trustworthy detective can be perfectly portrayed by Nicholson. For those of you who have seen his performance in The Shining or One Flew Over Cuckoo’s Nest, we can see that Nicholson is very good at playing unique roles. In Chinatown, he becomes a calm and calculating character.

Chinatown is not a light-hearted sight as it requires the audience’s intense concentration. All our questions and curiosities will be answered at the end of the movie, the full motives of the characters are clearly revealed. Who likes detective movies? Come watch and share your opinion in the comments section, guys!