Another stop-motion musical-animated adaptation of the Pinocchio classic has arrived from director Guillermo del Toro in collaboration with Mark Gustafson. The film was made from a screenplay by del Toro and Patrick McHale from a story by del Toro and Matthew Robbins. Based on a design by Gris Grimly from the 2002 edition of the 1883 Italian novel “The Adventures of Pinocchio” by Carlo Collodi.

Pinocchio was announced by del Toro in 2008 and was originally scheduled for release in 2013 or 2014, but the project is in a stalemate. Fresh Air 2017 fell into the hands of Netflix to realize this movie project

‘Pinocchio’ will premiere at the BFI London Film Festival on October 15, 2022. The film will be released in select theaters on November 9, 2022 and will begin streaming on Netflix on the same date. December 9. The film received critical acclaim and received three nominations at the 80th Golden Globe Awards, including Best Animated Feature Feature.

Geppetto (David Bradley), a carpenter loses his son Carlo (Gregory Mann) during the Great War in Italy in an accidental aerial bombing by the Austrian army. Geppetto commemorated him by planting a fir tree near his grave and spent the next twenty years mourning his passing.

Sebastian J. Cricket (Ewan McGregor) is a cricket that lives in a tree planted by Geppetto, which Geppetto eventually cut down to make a wooden doll. When he is drunk and unconscious, Sprite (Tilda Swinton), a wood fairy, revives the wooden doll and names him Pinocchio (Gregory Mann). 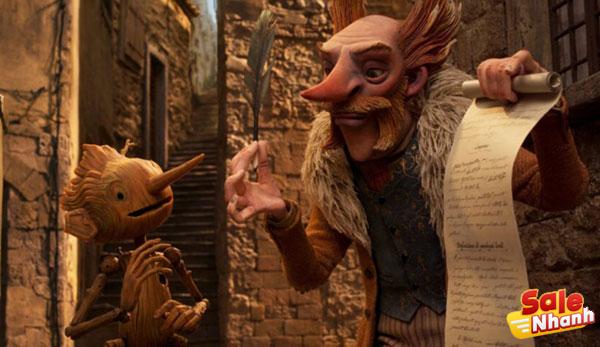 Knowing this, how do Geppetto and local residents react to the live wooden dolls? What will be the role of Sebastian, Pinocchio’s best friend who promised the fairy Sprite about the mission to revive Pinocchio?

At some point, the cleverly choreographed story deflects the whole point of teaching Pinocchio, who is temporarily immortal, a lesson in why death is as much a curse as it is a gift. The two sides of the same coin remind us that love is a burden worth carrying, life is a torture worth dying for.

Despite his criticisms of Catholicism, del Toro and Gustafson’s “Pinocchio” remains a wonderful spiritual experience. The focus is on matter, on what we can see and feel.

The stop-motion animation here is simply stunning. With an impressive team of animators, this movie comes to life. And yes, that little boy’s wooden block feels real.

Anyone who grew up with the classic Pinocchio story will absolutely love this intuitive Pinocchio by del Toro. The story of a father and son having some emotional journeys and great adventures makes this one of the most exciting animated movies of the year.

One of the most refreshing things about del Toro and Gustafson’s explanation of this classic is how ancient it is. A lot of modern animated stories try to style their final movie with pop songs, quick cuts and the like. 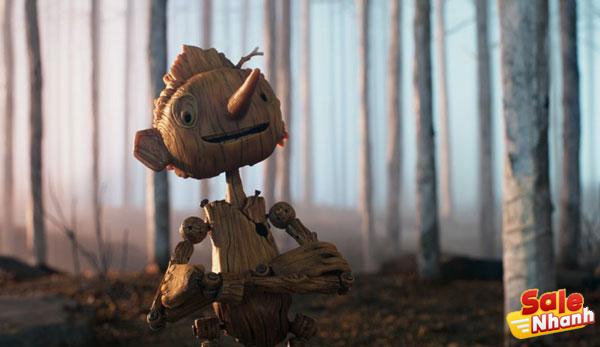 The opening moments may be off-putting to some sensitive audiences, but it’s a poignant and poignant tale of a timeless tale that addresses pain and loss with care and understanding. . Everything from a blended object into a simple scene is refreshed in every scene.

Guillermo del Toro’s version of Pinocchio brought tears and joy to the audience’s soul. It’s a touching story that balances humor, drama and music. Thanks to the beautiful motion pictures, it also feels like something of a tie-in to the story of Pinocchio growing up.

The perfect cast makes every scene come to life

In terms of casting, it’s great to see the likes of Perlman, Blanchett and other great talent in del Toro’s films. That said, the heart of the film stems from the superb voice acting of Bradley, Mann, and McGregor.

These three characters help bring magic and passion to their work. And while we all know McGregor can sing. The characters are introduced in a colorful and creative way, like many you’ve seen in del Toro’s work before. And it’s great to see talents like Turturro, Waltz, and Swinton really capture the unique essence of the story. 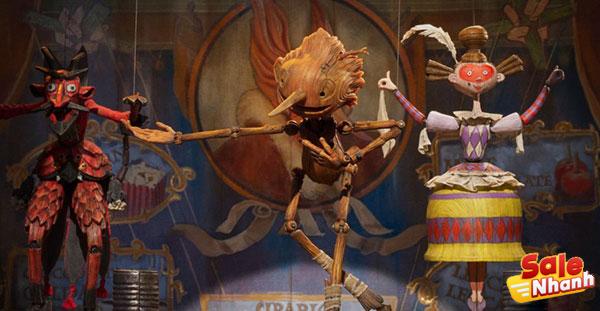 A new dish from Guilermo with added spice enriches the story in a darker direction. The storytelling and plot expands the drama of Pinocchio’s life, which is probably ingrained in the hearts of many who love this story, visualized with beautiful stop-motion animation, which further strengthens the relationship. our affection, not to mention the phenomenal appearance of the voice actors.