Money Heist: Korea is a movie adaptation of the famous Spanish series titled ‘La Casa de Papel’ also known as ‘Money Heist’. The Korean version of the crime series will take place in a new city called the Common Economic Area (JEA), where the money printing site the robbers are after is located. Just like the original series, ‘Money Heist: Korea –Joint Economic Area’ will tell the story of a group of unknown robbers who band together to carry out an ambitious and large-scale robbery in the city.

After nearly half a year of waiting, the second part of ‘Money Heist: Korea –Joint Economic Area’ has been released to continue the story that ended dramatically in part one.

Beginning his escape plan, Moscow (Lee Won-jong) dug a tunnel in the basement until it reached the ground. In the next few days, the Muscovites will be able to dig their tunnels to freedom, away from the mint. Meanwhile, the hostages continue to work on the fake tunnel to distract.

Meanwhile, Nairobi (Jang Yoon-ju) is working with some of the Mint’s workforce to print trillions of Korean Won that are unmarked and untraceable. Within 72 hours, the unmarked bills should be printed, cut and ready to go when they’re on the run. 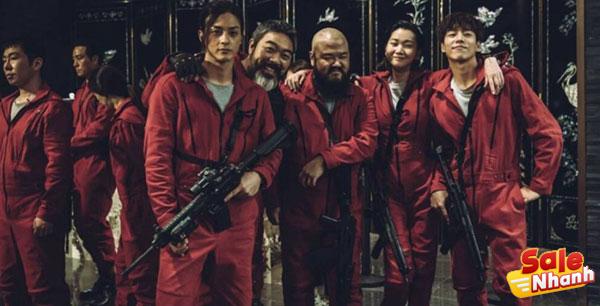 Unfortunately, the authorities have already identified Rio (Lee Hyun-woo), Nairobi and Berlin (Park Hae-soo) so the three have no choice but to flee. They must leave Korea if they want a chance to live in peace with new wealth. On the other hand, a terminal illness in Berlin threatens his lavish life after a burglary and he will do whatever it takes to ensure its success.

As the battle between the police and the bandits unfolds, a joint North and South Korean task force discovers that the bandits are seeking outside help for their mission.

The death of Oslo and Moscow

Oslo (Lee Kyu-ho) and Moscow (Lee Won-jung) end up being victims of murder and robbery. Oslo’s death occurred because he was hit in the head while giving drinks to the hostages, where there was a tactical team from North Korea posing as a hostage named Park Chul-woo (Kil Eun-sung). The rope that tied Chul-woo’s hands broke loose and hit Oslo on the head, causing him to lose a lot of blood and ultimately couldn’t be saved. 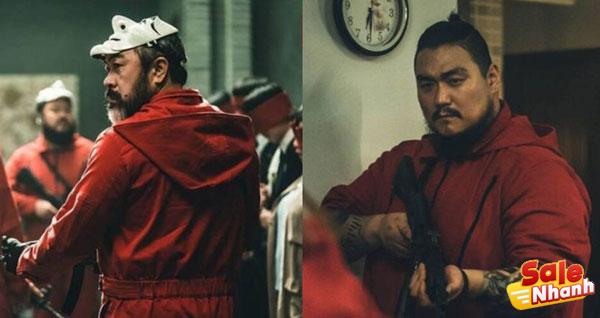 Meanwhile, Moscow is accidentally hit by a bullet while trying to protect Denver (Kim Ji-hoon) and Yoon Mi-sun (Lee Joo-bin) during the operation to bring Tokyo back to the Mint. No robber knows this because Moscow is trying to hide it. The old man lay still in the toilet, grimacing in pain, fortunately people found him, but due to a lot of blood loss and not being treated in time, Moscow died.

The presence of a new character

As previously announced, season two will feature Lim Ji-yeon as a new character who will help the robbers escape. This character named Seoul is a mercenary leader and has ties to Berlin.

Seoul revealed Jeon Yong-soo’s crimes when the politician had a meeting with Berlin at the mint building. This he did through a live broadcast that was watched by the whole country. Seoul is Yong-soo’s stepdaughter and from a young age was raped by the man who then turned herself into a doctor at the camp.

Seoul also says that no one dared to oppose whatever Yong-soo was doing in the camp at the time except Song Jun-ho aka Berlin, who wasn’t afraid of him. Jeon Yong-soo even tried to kill both of them and incite the riots that Berlin caused to save Seoul. Not only that, but Seoul also exposed Kim Sang-man’s crime of using his son to threaten Nairobi and order Anne’s murder.

Fantasy attracts the unification of the two Koreas

After watching part 2, we will see more clearly the political ideology espoused by bandits and the unified authorities, questioning the fairness of the media for a system that has existed for thousands of years. may be manipulated by certain parties. 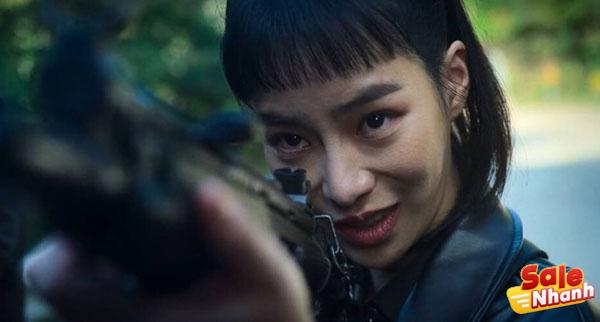 The presence of political problems between South Korea and North Korea has increased political pressure on the investigative team and politicians who do not care about the lives of criminals or hostages. There is a larger political agenda going on and what they care about is keeping their dark secrets. The reunification of the Korean peninsula is the perfect cover for these politicians to launder large sums of money for personal gain.

When the situation ended, it was discovered that there were several bombs planted under the peace square and could have caused the deaths of many people. Kim Sang-man, the presidential candidate of South Korea doesn’t care about the safety of the civilians who are at the scene of the bombing, he just wants to kill the entire band of robbers because there is a secret that he is hiding and is afraid that it will happen. Be revealed. When the joint special team realized Kim Sang-man’s intentions, they lost their chance to save the civilians and the police who were in the peace square. However, when the bomb exploded, what appeared were red pig-shaped balloons that blew countless bills into the air.

The reason the professor arranged the robbery

The past of the Professor (Yoo Ji-tae) is fully revealed in the second season of ‘Money Heist: Korea’. This professor is a North Korean defector, his father used to work for the government and was in charge of closing the tunnel who had been to South Korea. At that time, the Professor’s brother, Berlin, was suffering from Huntington’s disease and their family tried to go to Korea for proper treatment. However, Berlin and their mother were eventually arrested where Berlin was sent to a camp while the mother was shot dead. Their father was also killed trying to rob a bank to get Berlin out of the camp. 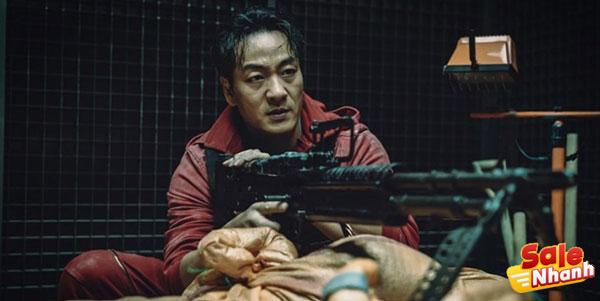 Years later, the two brothers reunite and plan a robbery in the Joint Economic Zone. The professor learns of the capitalists’ plans for the new town and uses the theft to expose monstrous figures in the government.

Money Heist: Korea –Joint Economic Area Part 2 marks an unexpected ending to the story of the bandit team. Although the robbery was ultimately successful, questions regarding the economic and political conditions on the Korean peninsula were in fact unanswered. Even so, the characters, especially the strong female characters, showed a lot of potential to add interesting details to the story.