Just like the previous season, this season is once again adapted from the Bleach manga series with the same title and is the final spin-off. And this anime series is expected to have 52 episodes divided into four seasons.

For those of you who want to watch the anime, it can be viewed directly on the official iQIYI and Vidio websites. How will the story of Kurosaki Ichigo and colleagues this time before the obstacles?

Soul Society is in chaos due to attack by Wandenreich group. Yhwach, the leader of the group is the father of all Quincy. Wandenreich declares war on Death.

The history and truth that the death gods have all hidden will be revealed at last. And Kurosaki Ichigo must participate in that final battle! 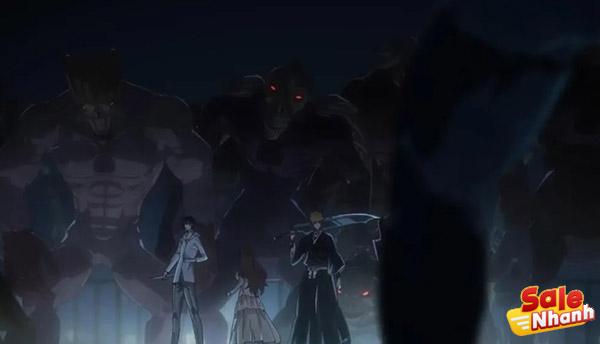 The Soul Society’s Technology Development Department is rattling about the disappearance of individual Hollows. However, these Hollows appear in the real world at the same time and in large numbers.

Meanwhile, in Karakura City, newly appointed Shinigami (God of Death), Yumiki Ryunosuke and Madarame Shino, are tasked with killing Hollow. And as soon as they arrived in the city of Karakura, they were immediately greeted by a Hollow of great strength.

Just as Ryunosuke was helpless, Ichigo and his friends arrived. In one slash, Ichigo, Ishida, Inoue and Sado killed all the Hollows that appeared.

Two days later, a masked man appeared in front of Ichigo and his friends talking to Ryunosuke. On the other hand, strange things also happen in Soul Society with the appearance of people resembling strangers appearing in front of Ichigo. 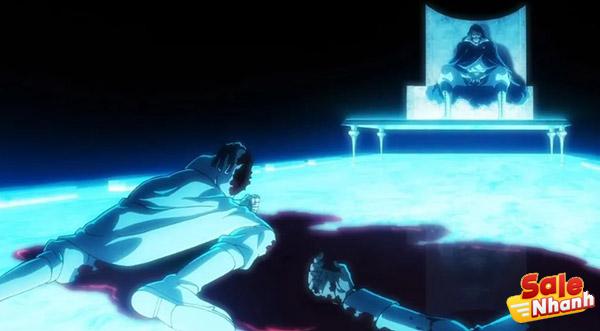 Through Ryunosuke’s communication tool with the Shinigami, Ichigo and his friends heard about the attack that occurred in Soul Society. The attack carried out by a mysterious intruder caused damage and casualties.

Hearing the shocking news earlier, made Ichigo feel uneasy. Then he decided to walk through the city. Suddenly, Neru and Pesche came from Hueco Mundo. They tell about the horrifying incident there and ask Ichigo for help.

In addition to Ishida, Ichigo and the others set out for Hueco Mundo with Urahara Kisuke, who suddenly appeared and accompanied their journey. Now, Ichigo, Inoue, Chad, Neru, Pesche and Urahra, go to Hueco Mundo to find out what happened there. 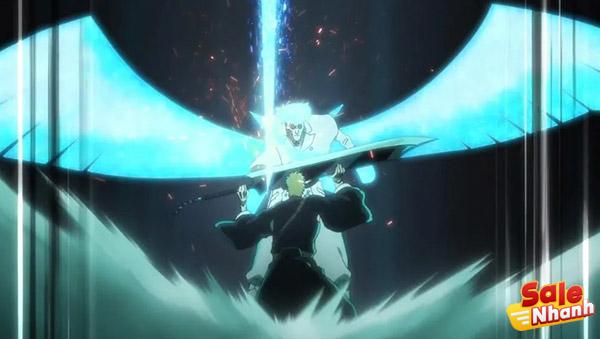 Meanwhile in Soul Society, the captains of the 13th Judgment Guards Corps received an investigation report from the 12th corps and got the same answer. Commander Yamamoto Genryusai Shigekuni had been informed during the previous raid that there would be war in the next five days.

Yamamoto Genryusei then ordered all commanders to prepare for war. On the other hand, Yhwach, who was leading the Wandenreich, smiled fearlessly and declared it was time to attack.

The beginning of the epic first episode 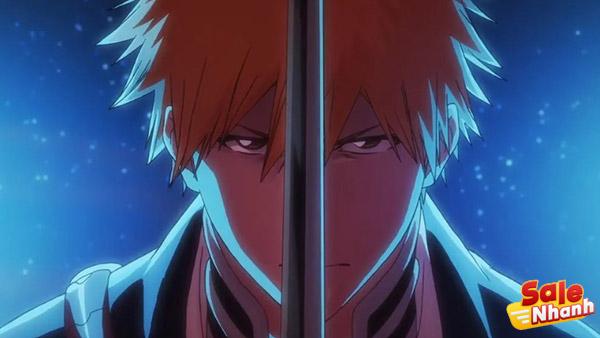 The hiatus was quite long, so I almost forgot about the previous story. But, the opening of this episode surprised me. Especially seeing a better picture than last season.

Shinkai, Bankai, Quincy, Hollow and Arrancar are terms that you will often hear again while watching this anime.

At the beginning of the story, we get to see Ichigo’s signature moves and his changes when using these moves. Not only Ichigo, so far his colleagues are much stronger than before.

The appearance of a new character similar to Arrancar is also quite interesting. And it looks like they have a big mission and will be a strong enemy that Ichigo cs must face. Interestingly they have the Quincy emblem which Ishida also has. 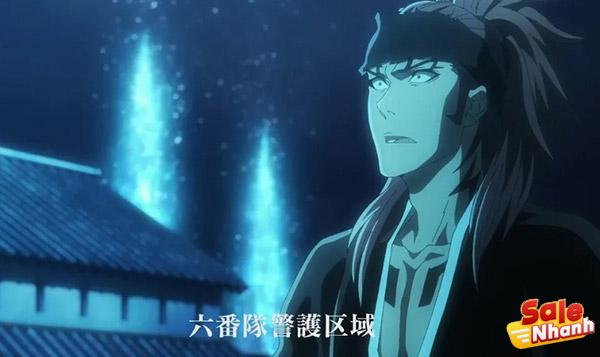 Volume two follows the destruction of Soul Society and Hueco Mundo by a mysterious enemy. This mysterious enemy is a member of Wandenreich whose purpose for the attack is still unclear. Most likely they want revenge on the shinigami.

Although not fully explained, in this episode it seems that Wandenreich is assembling an army. And one of the soldiers they chose was the Arrancars of Hueco Mundo.

To that end, they even subdued Hueco Mundo and kidnapped Tia Harribel. And these Wandenreichs seem to be quite powerful, even so far they look very laborious when they hit.

What makes me curious is Ishida Uryuu, will she become a rival in the future or stay with Ichigo. Since Ishida and Wandenreich are Quincy, this is of course a big question mark.

War breaks out between Shinigami and Quincy

There are many surprises in the third episode, starting with Quincy’s true power, the past between Quincy and the Shinigami in Soul Society, to the end the war that Quincy said broke out. In fact, one of the shinigami captains was killed due to Quincy’s appearance in Soul Society.

It can be said that this Quincy’s power is terrible. It is all shown as in the scene when Ichigo and Arrancar go up against one of the Quincys, Kilge Opie. He is still continuing. In fact, the more attacked, the more Kilge Opie still has time to increase her abilities and absorb the energy around her.

Not to mention the appearance of Quincy in Soul Society, they have a strong aura and can kill Shinigami easily. Overall, this episode is epic and in the next episode, it looks like the fight between Quincy and Shinigami will be even more fierce.

I’m curious about Ishida, who just learned about the history between Quincy and Shinigami 200 years ago. Will he still side with Ichigo and the others? Or will he protect his human Quincy?