Some actors have a hard time getting out of their roles so they keep playing the same character. But, not with Linda Cardellini. What if Salenhanh Movies said that Velma’s Scooby-Doo cast and Hawkeye’s wife Linda Barton in The Avengers are the same person?

Linda Edna Cardellini was born in Redwood City, California. Linda is of Italian (from her grandfather), Irish (from her mother), German, English and Scottish ancestry. The youngest of four children, he became interested in acting at the age of 10, when he played a singing role in the school Christmas play. 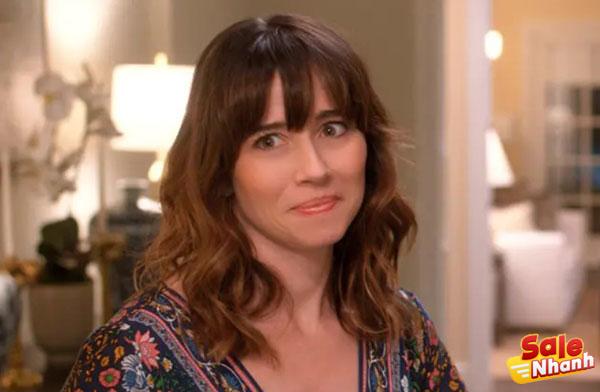 Linda had her first role in the series Bone Chillers (1996). His name started to smell when he landed a role in Freaks and Geeks (1999). He even won an Emmy in the ‘Outstanding Performance for a Comedy Series’ category shortly after.

However, Linda Cardellini certainly won the hearts of people of all ages around the world with her role as Velma in Scooby-Doo (2002).

Although Linda’s role as Velma is iconic, she was able to break out of the image of a girl with glasses and bob hair. As evidenced by the many other works of Linda, and each character she plays is very diverse. Here is a list of the best films of Linda Cardellini. The story goes like this, Frank Vallelonga is looking for a new job after his nightclub closes. He also applied to be the personal chauffeur of Don Shirley, a famous pianist. Their first meeting did not go well. All because of Tony’s reckless and rude behavior, in stark contrast to Don’s gentle and calm demeanor.

However, Don ended up hiring Tony on the advice of some people because he needed someone who could get him out of trouble during his Deep South tour.

They plan to go home on Christmas Eve. Tony provided the ‘Green Book for Black Drivers’ as a guide for black travelers to find safe haven in the Deep South.

Although the two don’t get along very well, Tony is impressed by Don’s piano playing talent. Tony also increasingly dislikes the discriminatory treatment Don receives when he’s not on stage.

Linda Cardellini plays Tony’s wife. While Tony and Don are traveling, his wife Tony is waiting at home, waiting for a message from Tony in the mail. Return is an independent film about an American reservist soldier who is both wife and mother. A female soldier has just returned from a mission in the Middle East.

The film received generally positive reviews when it premiered at the Cannes Director’s Fortnight Film Festival. Linda Cardellini was even nominated for an Independent Spirit Award for Best Female Lead for her performance in this film.

Linda Cardellini plays Kelli, a soldier who has just finished his military service. He wants to continue his normal life in his hometown. However, he felt unable to fit in.

She quit her factory job because she found it boring, she couldn’t give her children the attention they needed, she even found out that her husband, Mike, was having an affair. . Kelli was also drunk.

Until one day, he was drunk while driving and was arrested by the police. Kelli receives court therapy, and meets Bud, a veteran with a charming personality. Kelli is slowly falling over, but she is trying to get up. Who doesn’t know the animated series Scooby-Doo? Made into a live-action film, the film stars the voices of Neil Fanning as Scooby-Doo, Matthew Lillard as Shaggy Rogers, Freddie Prinze Jr. as Fred Jones, Sarah Michelle Gellar as Daphne Blake, Linda Cardellini as Velma Dinkley, and a special appearance by Rowan Atkinson as Emile Mondavarious.

Freddie as Fred and Sarah as Daphne were ‘coupled’ in the movie, but actually married in real life, you know! They fell in love in 2002 after the film was completed and are still together to this day.

Although the actors’ roles in Mystery, Inc. very attached, but they still manage to portray very different characters.

As Linda Cardellini plays Velma. We know Velma as a slightly shy, nervous, rather clumsy girl, with glasses paired with a messy bob. But, the proof is that Gillian can play a ‘serious’ and deeper role in other movies, right?

The Curse of La Llorona Linda Cardellini has also acted in horror movies, you know. The title of the movie is The Curse of La Llorona. Her role is a social worker named Anna Tate-Garcia.

Ignoring the terrifying warnings of Patricia Alvarez, a troubled mother who suspects her child might be in danger, Anna still takes her two young children to a children’s shelter. However, mystical events begin to haunt the two children and Anna. In the movie The Lazarus Project, Linda Cardellini competed with the late Paul Walker, you know! Paul Walker plays Ben Garvey, a love cheat who gets a ‘second chance’ at life and starts working in a mental hospital. Meanwhile, Linda Cardellini plays Julie Ingram, a hospital psychiatrist who helps Ben.

The Avengers: Age of Ultron The next appearance of Linda : Avengers: Infinity War (2018) and Avengers: Endgame (2019)
Marvel Cinematic Universe fans must have seen the Avengers movie, right? You must also know one of the Avengers named Hawkeye.

Among the other Avengers, only Hawkeye actually has a normal family, literally a wife and children. Well, we could see Linda Cardellini appear as Linda Barton, wife of Hawkeye, in the three Avengers movies. Hunter Killer is based on the book Firing Point by Don Keith & George Wallace. This is a movie about submarines, genks. Linda Cardellini as Jayne Norquist, a senior analyst for the National Security Agency. At that time there was a mission to search and investigate the USS Tampa Bay in the depths of the Barent Sea, waters of Russia.

Depart a submarine named Hunter Killer of the United States. However, it turns out that the political situation in Russia is heating up, endangering the Hunter Killer submarine and the entire crew on board. Want to see Linda Cardellini’s look as a ‘metallic’ girl? A Simple Favor is the movie you’ve been looking for. However, Linda only acts as a supporting character, namely Diana Hyland. Because, the main players are only Anna Kendrick and Blake Lively.

Legal Blonde is a film based on the novel of the same name by Amanda Brown. This is a legendary movie, the characters are still recycled by TV shows and other movies to this day. Tells the story of Elle Woods, a fashion student hoping to propose to her lover, Warner.

However, he was fired instead because Warner intended to attend law school at Harvard. Warner thinks that Elle is not ‘serious’ enough to catch up with her new lifestyle, so she decided to part ways. However, Elle instead wants to prove to Warner that she can do it, too. Eventually, he caught up with Warner and entered Harvard Law School.

In this film, Linda Cardellini plays Chutney Windham. He appeared with messy curly hair. Chutney was not the prime suspect in his father’s murder but merely a witness. However, Elle, who is assisting in the trial, suspects him as the killer.

Warner approaches Elle again after seeing that Elle is smart and successful, even though she looks like a goofy blonde. Warner invited back, but Elle declined because Warner was a shallow-minded person. Strangeland is a terrible movie if you don’t like the gore genre. The story follows 15-year-old Genevieve Gage (Linda Cardellini) and her best friend Tiana Moore. They are high school students in Helverton, Colorado, who spend their free time chatting with strangers in chat rooms.

After chatting with another student claiming to be Captain Howdy, Genevieve and Tiana decide to attend a party at Captain Howdy’s house, which is of course a trap.

When Genevieve and Tiana did not return home the next morning, Genevieve’s mother informed her husband and the local police. The case takes an unexpected turn when Tiana’s car is pulled out of the lake with Tiana’s tormented body inside. While there is no sign of Genevieve.

Those are the 10 best Linda Cardellini movies. If you look around, Linda plays many genres of movies and the characters are very diverse, not only that. Great is not it? In addition to acting, Chung Gia Han also has a beautiful voice, so she sometimes sings OSTs in the movies that she plays. Kudos to this actress! This is your favorite Linda movie?