Lee Min-ho will soon star in the TV series Pachinko, an American television series based on Min Jin Lee’s novel of the same name. A New York Times bestseller, it follows the hopes and dreams of a four-generation Korean immigrant family as they leave their homeland to find a way to survive and develop their careers.

The presence of Lee Min-ho as the main player caught the attention of this film. Since last appearing in The King: Eternal Monarch (2020), Min-ho has rarely appeared in the world of Korean dramas. Min-ho is one of the famous Korean actors in various countries and has now started acting in dramas outside of Korea, including Pachinko. 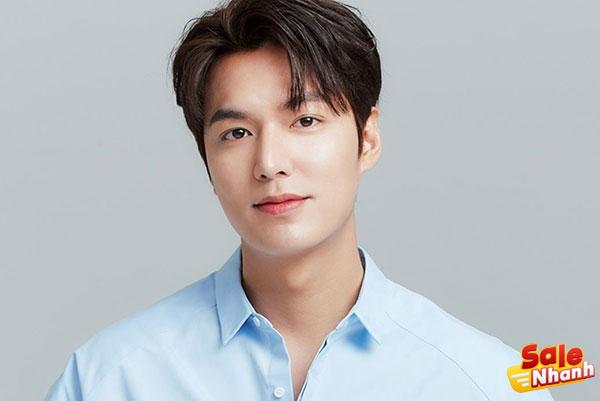 Lee Min-ho is known to many people when he successfully performed his role in the drama “City Hunter” (2011). Before that, he also took on the lead role in Boys Over Flowers (2009) and brought himself the Best New Actor award at the 45th Baeksang Arts Awards. In addition, there are many good films. The reality show also featured him in the lead role.

Let’s review the best movies by Lee Min-ho together 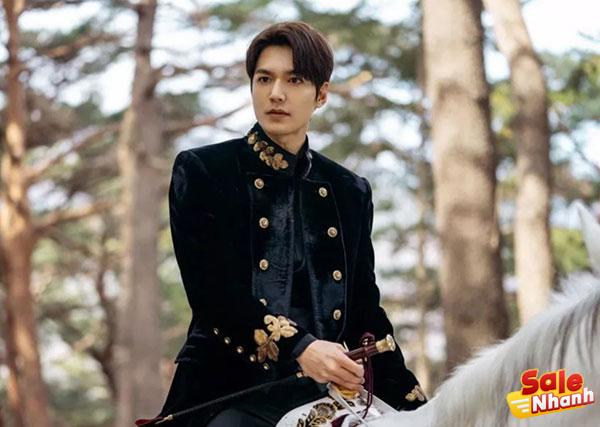 The King: Eternal Monarch is a South Korean television series Lee Min-ho that tells the story of Lee Ji-hun (Lee Min-ho), who becomes a leader in the parallel world of Korea. The film tells the story of Lee Gon (Lee Min-ho), Emperor of present-day Korean Empire, trying to overcome the barrier to an alternate reality when the Republic of Korea exists as an alternative to the Kingdom of Korea. .

He finds detective Jung Tae-eul (Kim Go-eun), whose identity is obtained through a turning point in his childhood: the murder of his father. Lee Gon’s half-uncle, Lee Lim (Lee Jung-jin), who killed the previous king, Lee Ho (Lee Gon’s father), goes into hiding and gathers troops as he goes back and forth between the two worlds. parallel world.

The Legend of the Blue Sea 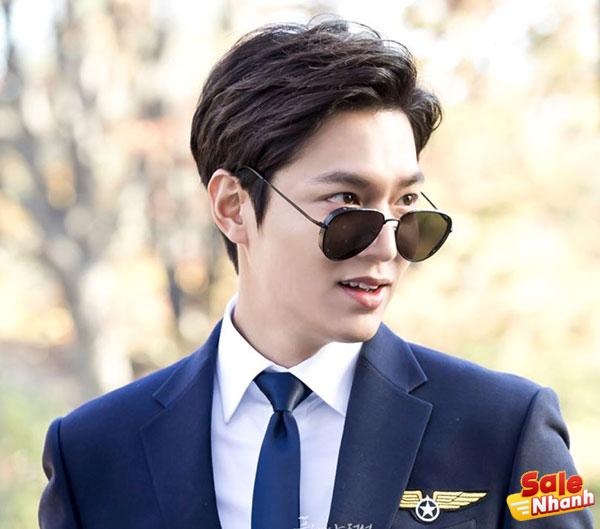 The Legend of The Blue Sea is a South Korean television series Lee Min-ho that tells the story of when Shim Cheong (Jun Ji-hyun), a mermaid comes to town and meets Heo Joon-Jae (Lee Minho), a man who looks exactly like royalty. who has been his first and only love since the Joseon era. However, Shim Cheong has nowhere to live in the city and he ends up living with Joon-Jae.

As the innocent Shim Cheong survives in the complex and harsh modern world, this drama also presents the love story of Shim Cheong from the Joseon era. In addition to the plot and romance, The Legend of The Blue Sea also presents a sharp humor that makes anyone laugh. 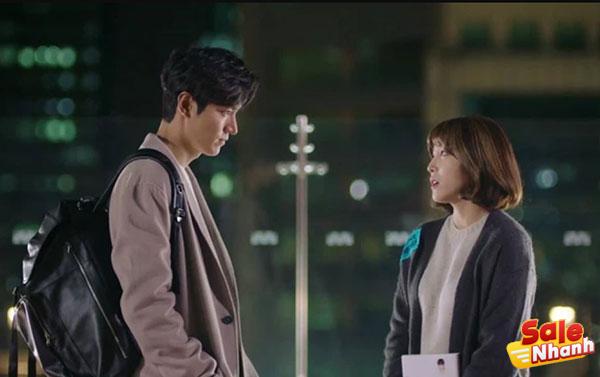 7 First Kisses is a South Korean television series by Lee Min-ho about the love experience of a woman who has never been in love. Min Soo-jin (Lee Cho-hee) is a Lotte duty-free store employee who has never been in a relationship before. One day, he meets the dating goddess (Choi Ji-woo) who gives him the effort to choose the perfect mate for his first kiss among seven men. The choices are a religious tech billionaire (Lee Joon-gi), a serious but romantic boss (Park Hae-jin), a sexy secret agent (Ji Chang-wook), a young male friend lovely age (Kai), an innocent corporate heir. . In addition, there is (Ok Taec-yeon), a popular K-pop idol (Lee Jong-suk) and finally, a freelance travel writer (Lee Min-ho). 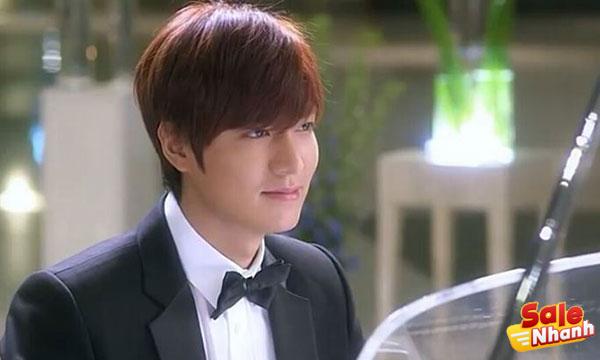 Line Romance is a South Korean television series starring Lee Min-ho opposite Bea Hayden. The film tells the story of a Chinese female tourist named Ling Ling, who comes to Korea and falls in love with Min-ho, a talented and good-looking music producer. Due to a language barrier, the two use the LINE mobile messaging app to communicate with each other.

Min-ho is a musician who meets Ling Ling on the street and is inspired to write a new song. Min-ho then makes the silly mistake of sending a text message saying that he loves Ling Ling. 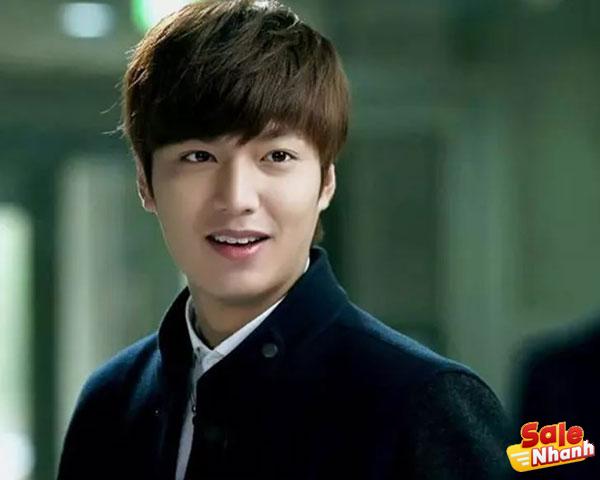 The Heirs is a South Korean television series Lee Min-ho that tells the story of being rejected by Kim Tan (Lee Min-ho) when he is about to be paired with Rachel Yoo (Kim Ji-won). Although both come from a wealthy family. Matchmaking became one of the family’s big moves to save and inherit their business empire.

However, due to Kim Tan’s refusal, this relationship did not continue and has a different story. They both have someone else they love. 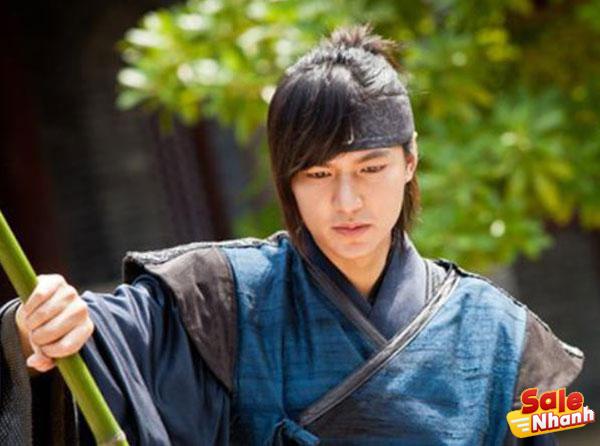 Faith is a South Korean television series Lee Min-ho that tells the story of a modern plastic surgeon who is kidnapped and transported back to the Goryeo era, 700 years ago. While living at that time, she fell in love with her captor, a warrior who was the leader of the royal guard.

Yoo Eun-soo (Kim Hee-sun), a plastic surgeon living in 2012, dreams of practicing her own plastic surgery. One day, he meets a strange man who is mistaken for a giant theater actor. However, god brought him to the Goryeo era and he was trusted and known by everyone as the famous Chinese surgeon named Hwata. The soldier who kidnapped him is General Choi Young (Lee Min-ho), a bodyguard of King Gongmin of the Goryeo Dynasty. 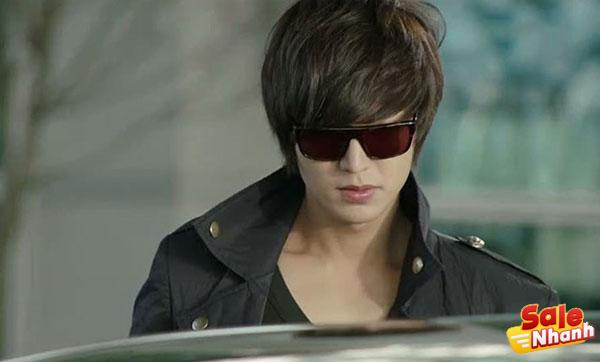 City Hunter is a South Korean television series Lee Min-ho adapted from the manga of the same name by author Tsukasa Hojo. The film tells the story of Lee Yoon-sung, a talented MIT graduate who works as a soldier on the international liaison team at the Blue House.

He plans to take revenge on the five politicians who caused the death of his father, Lee Jin-pyo. He eventually becomes a “City Hunter” who won’t let his target get out of sight. However, while performing his duties, he meets Kim Nana, who is the bodyguard of the president’s son as well as his idol. 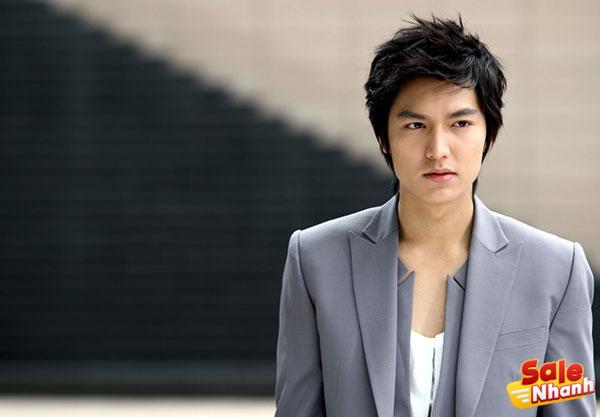 Personal Taste is a Korean television series Lee Min-ho adapted from the novel of the same name by Lee Se-in published in 2007. The film tells the story of a furniture designer, Park Kae-in, who lives with architect Jeon Jin-ho under the false assumption that he is gay.

Jeon Jin-ho (Lee Min-ho), a stylish young man with perfect looks. Jin-ho is known to be selfish and has an obsession with cleanliness. Jin-ho then meets Kae-in Park (Son Ye-jin), a woman hurt by love and currently looking for a roommate or gay friend. Jin-ho wants to live with the woman, then pretends to be a gay man. 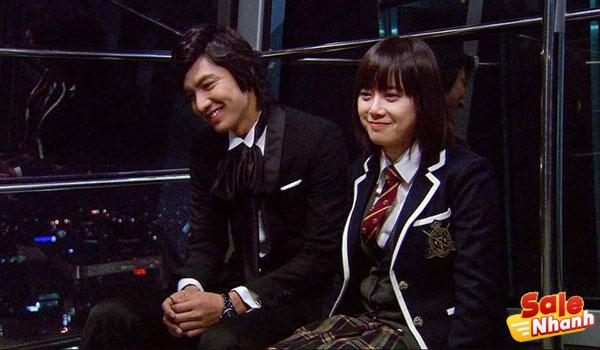 Boys Over Flowers is a South Korean television series by Lee Min-ho, which tells the story of Geum Jan-di (Koo Hye-sun), a girl from an ordinary family. Jan-di owns a laundromat located near Shin Hwa School, the most prestigious school in Korea and is a recipient of a school scholarship. He then has to deal with the F4 gang that likes to bully other students after delivering laundry to his victim.

Since then, Jan-di meets Yoon Ji-hu (Kim Hyun-Joong), a member of F4, who later falls in love with him. But in the end, Jan-di falls in love with Gu Jun-pyo (Lee Min-ho). The main highlight of the final film is the tangles in the relationship between Jan-di and Jun-pyo. In addition, after Jan-di was quite harsh with the rich children, F4 slowly stopped bullying other students. 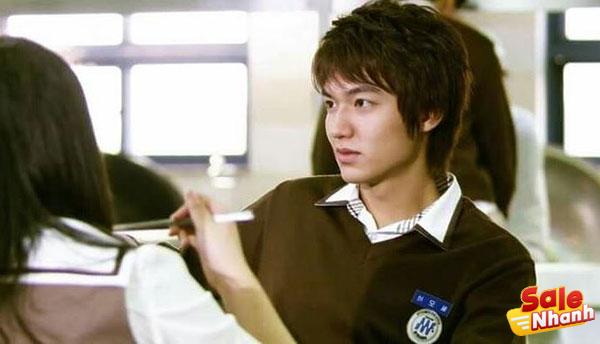 I Am Sam is a South Korean television series by Lee Min Ho, who plays the principal’s son. In this movie, Yoo Jae-gon (Park Jun-gyu), the head of a notorious gangster organization, is disturbed by the future vision of his only daughter, Eun-byul (Park Jun-gyu). Min-young), who refuses to study. Then, by chance or fate, Eun-byul and the goofy-looking high school teacher Jang Yi-san (Yang Dong-geun) are in a rather difficult situation.

After learning that Yi-san can really inspire her troubled daughter to focus on her studies. Jae-gon offers Yi-san a deal: to become his daughter’s private tutor in exchange for one million won. 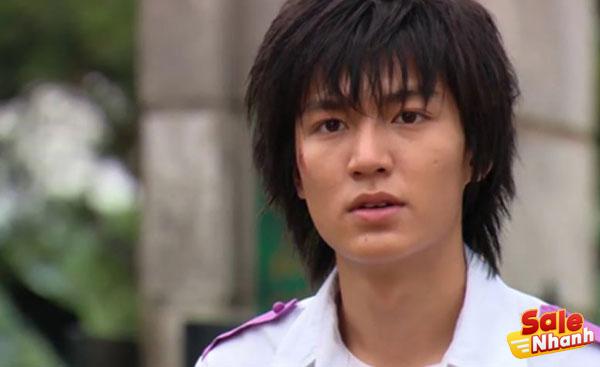 Mackerel Run is a South Korean television series Lee Min-ho that tells the story of Cha Gong-chan (Lee Min-ho) who is able to get into the best private high school in the prosperous Gangnam district, Myoung-mun School. , thanks to his football ability. However, when he quit the sport, he found himself wasted and started cutting back on classes.

One day, a beautiful new girl transfers to the school, and when she enters her class, Gong-chan immediately falls in love with her. He was finally excited to go to school, but the school administrator informed him that he would be expelled if he missed one more day. Gong-chan swears he won’t give up on his school life or the first love he meets.