Kim Sae Ron is an actress who started her career at the age of 9. Now she has grown up and still attracts attention with her cute face. Kim Sae Ron became a famous child actress after starring in the 2009 movie A Brand New Life.

The Korean actress will again entertain her fans in a drama titled Hounds and after that, she will also star in a teen drama called Everyday We Are adapted from Webtoon. 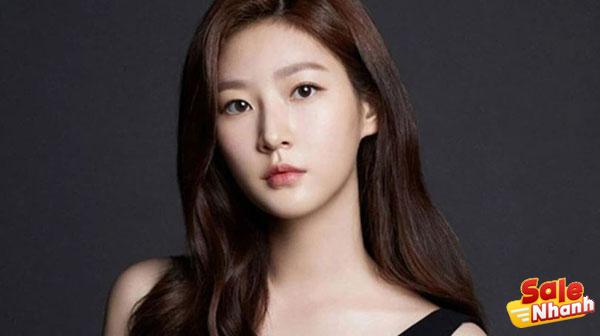 Before acting in the above films, Kim Sae Ron played in a number of popular dramas. Here are the Top Best Movies of Kim Sae Ron 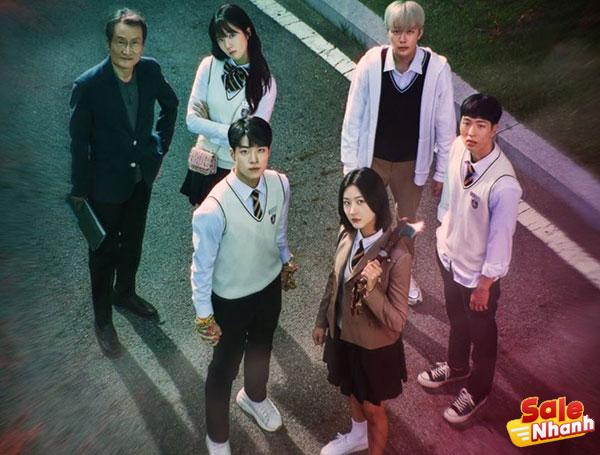 Like her father, she is predicted to become a shaman in the future. However, she doesn’t want these abilities and wants to be a normal girl in general.

Then there is Ga Doo Shim’s classmate named Na Woo Soo (Nam Da Reum). He is an excellent student, attractive in appearance, comes from a wealthy family, and is also the favorite of the teachers at his school. Na Woo Soo realizes that she has the ability to see spirits after meeting Ga Doo Shim.

The situation was tense when a lower-class student was found dead at the school. This is believed to be due to supernatural powers. Then Ga Doo Shim and Na Woo Soo combine their powers to fight the evil spirits in the school. 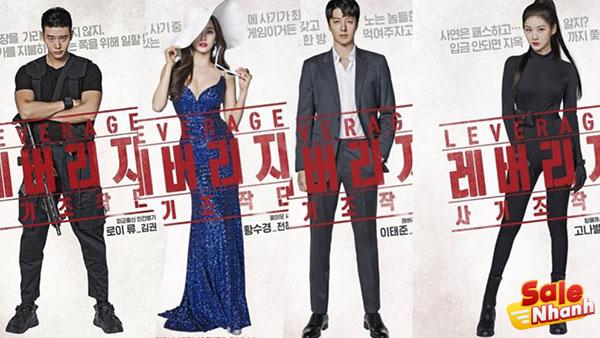 After resigning, Lee Tae Joon collects all the criminals he has caught. Then he wanted to form a team of trustworthy scammers.

The scam team consists of Go Na Byul (Kim Sae Ron), Hwang So Kyung (Jeon Hye Bin), Roy Ryu (Kim Kwon), Jung Ui Sung (Yeo Hoe Hyun). But it turns out they’re not all evil. In fact, it can be said to do good and put the interests of others first.

All are guilty of stealing or defrauding the rich who have taken other people’s money. Then they give back to the victims of the greed of the rich. If so, then they are more suitable to be called superman, right? 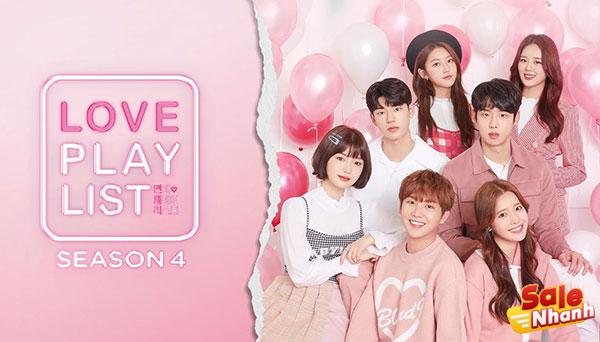 In Love Playlist season 4, Kim Sae Ron plays an economics major at Seoyeon University. She was a popular student and became the “center” of the cheerleaders. This web series is a sequel to season 3 and will focus on teenagers trying to live life as adults.

More than just a love story, this drama is also about the friendships and hardships often experienced by seniors, where they have to start thinking about how to graduate.

In addition, they must also try to overcome the difficulties that other adults have gone through such as finding a good job. This movie seems to reveal that becoming an adult isn’t easy and that’s for sure everyone goes through it.

Mirror of The Witch 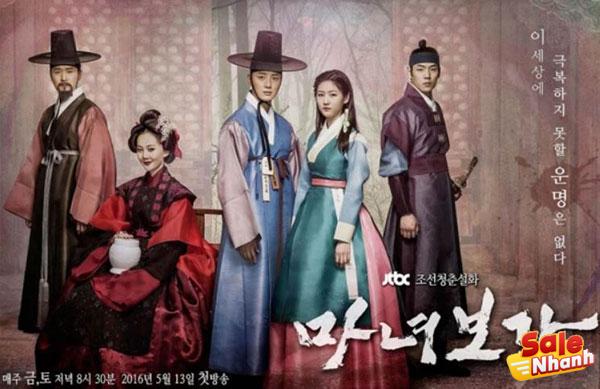 The drama begins with Empress Shim (Jang Hee Jin), who has never had children and is constantly asked by the queen mother to get pregnant immediately.

After consulting with Cho Hyun Seo (Lee Sung Jae), a royal magician decides that Queen Shim will never have children. The empress dowager was not satisfied with the results of the royal magician and looked for another magician.

In the end, he was helped by a mage with black magic. She sent a junior shaman named Hae Ran to serve the king and after becoming pregnant, her uterus was transferred into Queen Shim’s body.

Hae Ran was angry because she did not know this, but was immediately killed by Queen Shim. Before her death, Hae Ran said that the children they were carrying were twins and full of curses.

Turns out what Hae Ran said was true. The queen gave birth to twins, a boy and a girl. To remove the curse, one of the children had to be sacrificed and they chose a baby boy to continue the royal line. However, a little girl named Yeon Hee (Kim Sae Ron) was not killed. He was rescued and hidden deep in the forbidden forest. There, Yeon Hee’s daughter met Heo Jun (Yoon Shi Yoon). They begin their search for the candle of life to release Princess Yeon Hee’s curse. 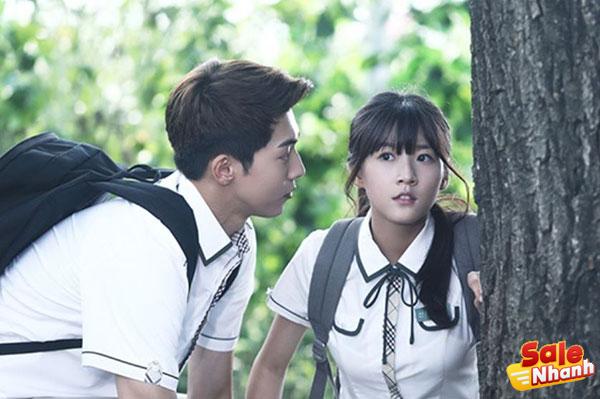 In the movie Glamorous Temptation Kim Sae Ron played the role of Shin Eun So as a teenager. Shin Eun So is an adult female lead played by Choi Kang Hee. This is a rather long drama as it has 50 episodes.

Shin Eun So has lived a painful, stressful life since childhood, and being a single mother makes her an ambitious and vindictive woman. Shin Eun So even did her best to entice Kang Il Joo’s father, Kang Seok Hyun, out of the misery of being a single parent.

Kang Il Joo dislikes his father marrying a young woman and begins to hold a grudge against Shin Eun So. It was there that a complicated conflict began between the mother and her stepdaughter. Then there is Jin Hyeong Woo, who has feelings for Shin Eun So and he is Shin Eun So’s childhood friend. 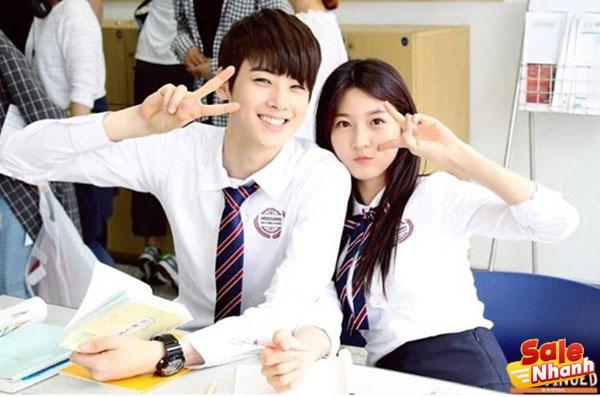 This series is quite short, consisting of only 12 episodes. Kim Sae Ron competed in acting with her companymate from Fantagio, a new Boy Group called Astro. It can be said that this is a unique way to introduce the group to the public.
To Be Continued is about a Boy Group consisting of members Cha Eun Woo, Moonbin, MJ, Jinjin, Rocky, Yoon Sanha, they were about to debut but they were thrown into the past a day before their debut. 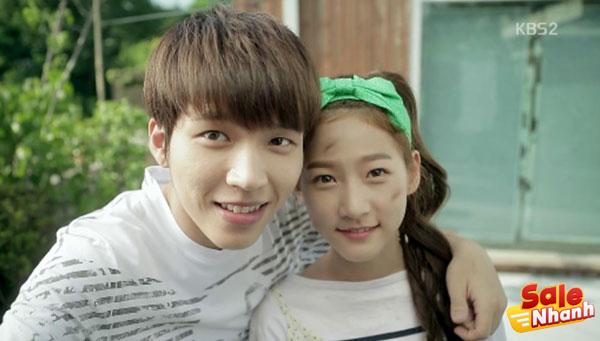 What if an angel fell in love with a human? Well, the TV series Hi! School Love On will tell a fantasy story about an angel named Lee Seul Bi played by Kim Sae Ron.

She came down to earth and violated the rules of heaven because she saved a human by using her abilities.
Here she meets Shin Woo Hyun (Nam Woo Hyun), who is living with her grandmother because of her heartbreak. Shin Woo Hyun is handsome, cool, and very popular at school. The conflict begins when Shin Woo Hyun and Hwang Seung Yeol (Lee Sung Yeol) discover that they are the same mother.

It turns out that Lee Seul Bi gradually started to like Shin Woo Hyun. As an angel who falls in love with a human, Lee Seul Bi will accept death if a human finds out her identity. 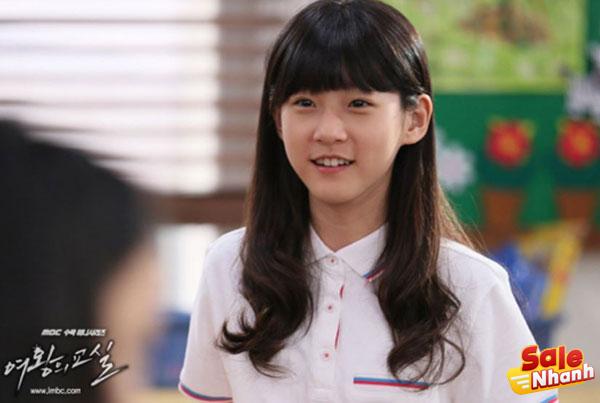 In this drama, Kim Sae Ron plays Kim Seo Hyun, a 6th and 3rd grader. He has a cold and perfectionist teacher. But the attitude of the teacher is made to educate his students.

However, students even think that the teacher is very authoritarian. Because of this, there was a rebellion from the disciples against Master Ma Yeo Jin. 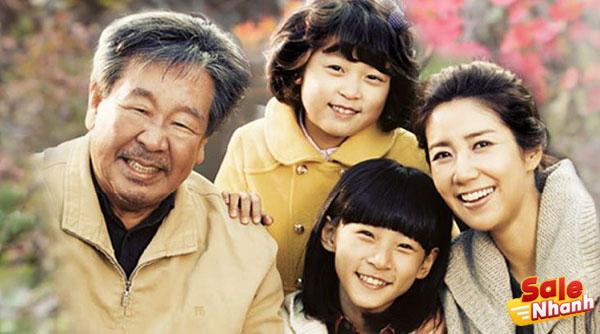 This is a family drama starring Kim Sae Ron. Disin, Kim Sae Ron Still cute and adorable, you know! The drama tells the story of Jung Jae In (Yoo Ho Jung), who divorced her husband after going bankrupt.

Jung Jae In has no other choice to continue his life but to return to his hometown.

He brings his two daughters Eun Soo (Kim Sae Ron) and Hyun Soo (Ahn Seo Hyun) to live with their father. This movie is about hatred, heartbreak and optimism in a family and teaches us how we can survive to keep living.

Can You Hear My Heart 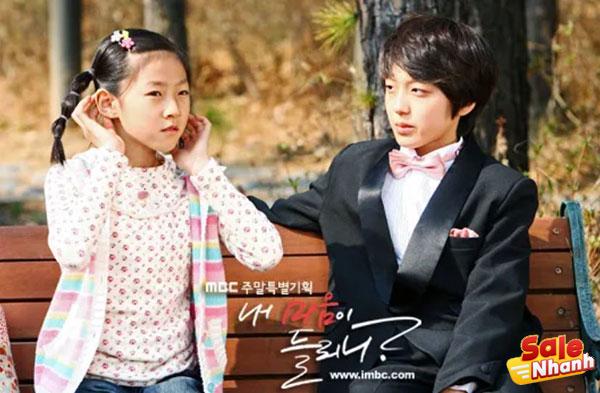 Kim Sae Ron plays Bong Woo Ri as an adult played by Hwang Jung Eum. Can You Hear My Heart tells the story of Cha Dong Ju, the heir to the WK corporation. He is a deaf person but he tries to cover up his flaws.

There is also Bong Woo Ri, a smart woman who pretends to be stupid to protect her disabled father’s pride. Bong Woo Ri and his father are searching for their half brother, Ma Roo, who was brought to America by his mother Cha Dong Ju 16 years ago.

Cha Dong Ju and Ma Roo reappear in Bong Woo Ri’s life. Ma Roo, who at that time changed his name to Joon Ha, finds out that he is Bong Woo Ri’s half-brother and wants to protect Bon Woo Ri with all his heart. He is not happy that Bong Woo Ri is close with Cha Dong Ju.

It is the top 10 dramas starring beautiful and cute actress Kim Sae Ron. Most dramas have good ratings so it’s fun to watch. Not only acting in dramas, Kim Sae Ron also appeared in many movies and reality shows.

Among the diverse Kim Sae Ron dramas with many genres above, which one do you think is the most interesting, please comment below for Salenhanh to know more.