Choi Sooyoung, also known as Sooyoung, is a member of the famous Korean girl group, SNSD or Girls Generation. Achieving high popularity, Sooyoung began to spread her wings to other fields, which is acting. Quoting from Wikipedia, Sooyoung said that she was interested in acting even before she debuted as a singer.

Sooyoung also said that when she first debuted, she kept auditioning but none of them worked. Sooyoung said that she participated in more than 70 auditions, but all failed. But in 2013, Sooyoung’s name began to be known as an actor after participating in the movie Dating Agency: Cyrano (2013). 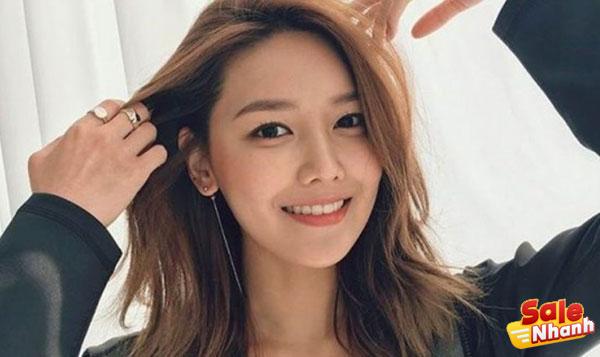 After that, Choi Sooyoung’s dramas are as popular as Dating Agency: What is Cyrano? The answer is below. 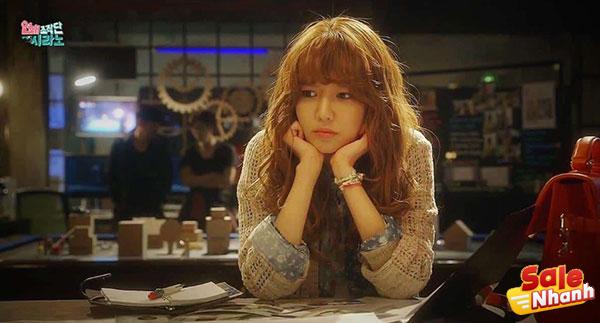 Dating Agency: Cyrano (2013) is a drama that is quite attached to Choi Sooyoung. Because since acting in this movie, she started to gain recognition as an actress. The reason is that many netizens think that Sooyoung has improved her acting and is currently performing very well in Dating Agency: Cyrano.

In this drama, Sooyoung plays Gong Min Young, a member of a dating agency who is very concerned about the feelings of her clients. Because Choi Sooyoung appeared with a different aura in this drama. From a drunkard to a high school kid, everything was very well presented. 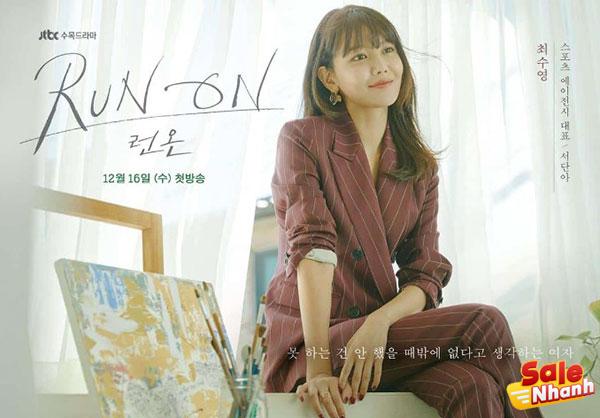 Become one of the romantic comedy dramas amid the onslaught of mystery or thriller themed dramas in Korea. Run On has captured the hearts of many viewers with its story theme slightly different from mainstream love stories. Where Run On tells the love story of a former national sprinter who works as a sports agent with a subtitle translator.

In this drama, Choi Sooyoung plays Seo Dan Ah, the CEO of a very strict athlete company. Seo Dan Ah is a woman trying to prove that women can be leaders too. Seo Dan Ah, who is always underestimated by Seo Myung Min, always acts smart and decent to show her dependability even though she’s a woman.

Drama Run On is quite successful with international audiences, because of the participation of famous names. Quoting from Soompi, Sooyoung really likes the personality of a young man who is great at his job. Women like Dan Ah and Mi Joo dare to face prejudice because they are women and fight for what is right for them. 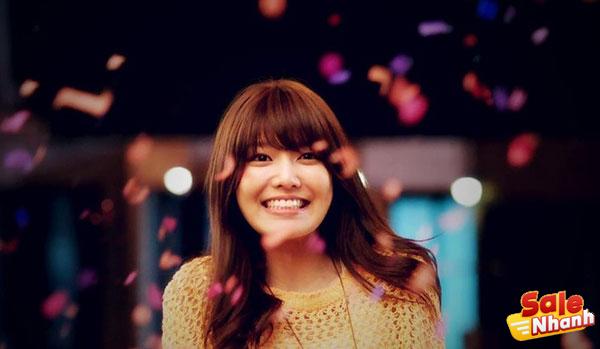 Switching to the medical drama genre, Choi Sooyoung will compete in acting with famous actors such as Kim Seung Woo, Oh Jin Ho, and Kim Min Jung. This movie is really about Western and Eastern medical techniques. Plus, the spice of sibling rivalry makes this movie all the more enjoyable to watch.

In this drama, Choi Soo Young plays Lee Eui Jin, a violinist who has just returned from abroad and falls in love with acupuncturist Seung Hyun (Oh Ji Ho). The Third Hospital is Sooyoung’s first drama, so many people are waiting for her appearance. It’s amazing, even though this is his first experience, he was able to immerse the audience with his crying acting in episode 11.

Many viewers of this drama said that SNSD’s Sooyoung made them feel heartbroken. Her crying was very natural and she seemed to have done it with all her heart and soul.

Tell Me What You Saw 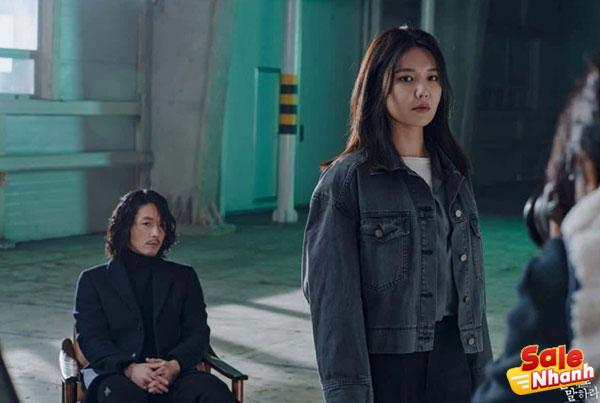 Not wanting to appear with the usual characters and drama genres, Choi Sooyoung chose to appear in the OCN drama “Tell Me What You Saw” (2020). Drama horror genre. Tell Me What You Saw itself tells the story of Oh Hyun Jae, a genius profiler who can always solve various cases with a cool head.

In this drama, Choi Soo Young plays Cha Soo Young, a woman with a memory for photography. Cha Soo Young will help solve Oh Hyung Jae’s fiancé murder case and other similar murders. Quoting from Soompi, Sooyoung revealed that he prepared a lot of things, especially the action scenes.

Support for Sooyoung doesn’t just come from fans who have praised her acting and looks in this drama. It turns out that Sooyoung’s boyfriend, Jung Kyung Ho, sent a coffee truck and banner in support of his girlfriend. On her Instagram account, Sooyoung expressed her joy and gratitude for the support from her boyfriend.

Man in The Kitchen 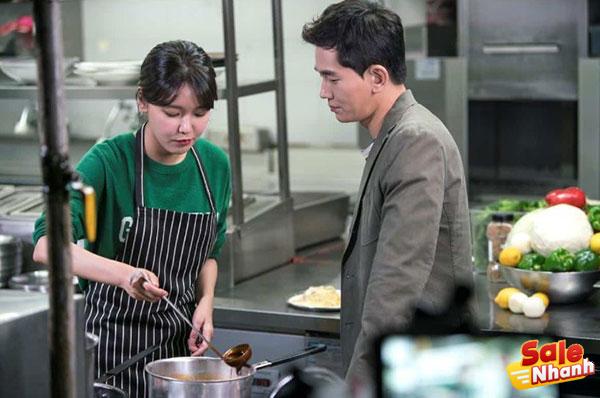 Tells the story of Lee Roo Ri (Choi Sooyoung), who quit her job at a big company. Roo Ri, who often quarrels with her father, decides to go to Guam and accidentally meets Jung Tae Yang (On Joo Wan). Her meeting with Taeyang made Roo Ri realize a turning point in her life.

The drama “Man in The Kitchen” became Choi Sooyoung’s first drama to take on the lead role. In My Drama List, Man in The Kitchen reached a rating of 7.2 and received a lot of positive comments. If you want to see this movie, you can watch it on Viki or on a free viewing platform like Kocowa. 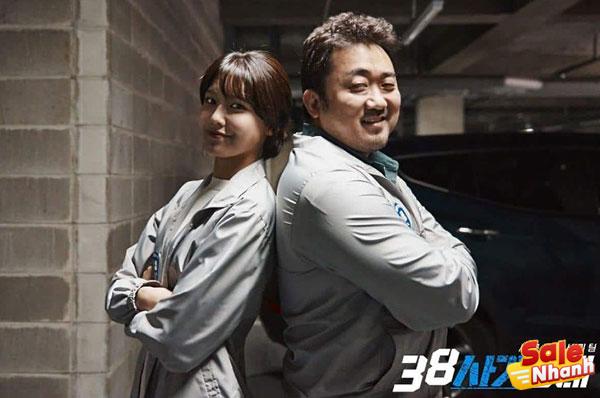 The film was promoted and received advice from “Tax Collection Section 38” of the Seol Capital Government, which was removed from one of the laws. Quoting from Wikipedia, this film is removed from article 38 of the Korean Constitution regarding the obligation to pay taxes. The drama tells the story of Baek Sung Il and his team trying to collect taxes from fraudsters.

In this drama, Choi Sooyoung plays Cheon Sung Hee, an official of the Taxation Department under Baek Sung Il (Ma Dong Seok). Meanwhile, Seo In Guk plays Yang Jeng Do, a professional tax fraudster. This drama can be called a drama that can make people realize the importance of paying taxes. 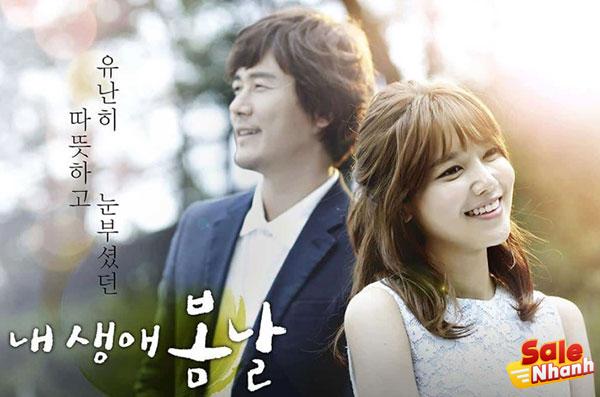 This rather touching drama tells the story of Lee Bom Yi (Choi Sooyoung), who gets a heart donor and is able to relive her life. Until one day he meets Kang Dong Ha (Kam Woo Sung), the executive director of Hanuiron and a widow with two children. Bom Yi falls in love with Dong Ha but he doesn’t know that his heart already belongs to Dong Ha’s ex-wife.

My Spring Day has achieved a rating of 10.5% since its broadcast in the Seoul National Capital Area. It can even beat other dramas like SBS’s My Lovely Girl and KBS’s Iron Man that airs on Wednesday-Thursday.

How, have you ever watched the above seven dramas? In 2021, Choi Sooyoung will return to greet fans through the drama “So I Married an Anti-fan”. The delayed drama has finally been confirmed to air in 2021. Come on, watch it all!