Successfully playing the role of Choi Nam Ra in the drama All of Us Are Dead (2022), Cho Yi Hyun began to receive the attention of a large number of fans. Not only her pretty face, but also her acting skills can’t be underestimated.

Cho Yi Hyun only made her acting debut in 2017 but she has appeared in many popular dramas. Cho Yi Hyun’s acting talent began to attract attention since her participation in the drama “Hospital Playlist” (2020-2021). 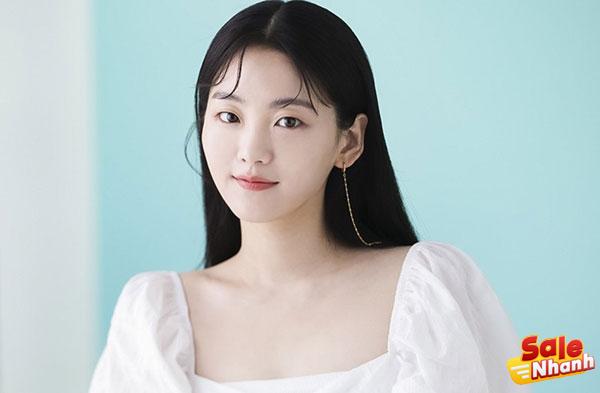 Fyi is actually Cho Yi Hyun who competed with Lomon in a web drama called Sweet Revenge (2017). She also often takes on a variety of roles, as evidenced by the fact that she still has a lot to learn to develop her talents.

So what famous dramas has Cho Yi Hyun acted in? In order not to be curious anymore, you can find out more complete information right below.

All of Us Are Dead 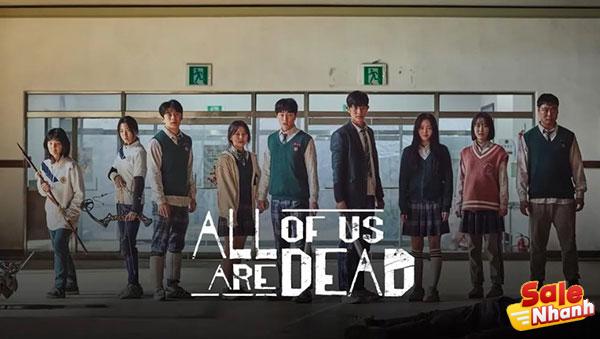 All of Us Are Dead (2022) became one of the TV series to earn a spot in the Netflix Top 10 for several weeks.

This movie tells the story of the struggles of several high school students trapped in a school, when everyone turns into zombies. Without enough food and drink, they tried to leave school and find shelter.

Successfully portraying a beautiful zombie character, Cho Yi Hyun’s acting talent looks obvious and attracts attention. Not to mention her chemistry with Lomon has many people idolizing them hoping that the two are actually dating. 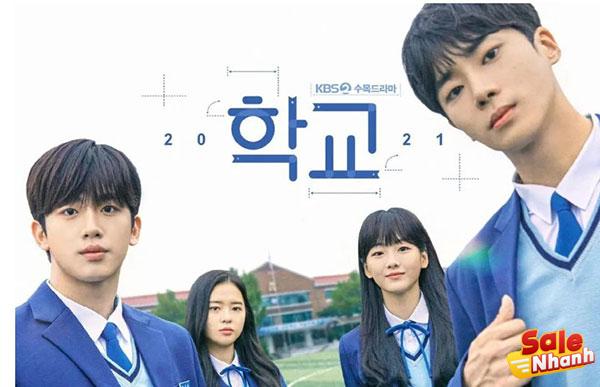 School 2021 (2021) is one of the teen dramas that are highly anticipated by many fans. Furthermore, Cho Yi Hyun will be competing in acting with an idol as well as a famous athlete named Kim Yo Han. Cho Yi Hyun’s journey to become the main character in this drama was also not easy, you know, because this movie was postponed due to Covid-19.

The film is about Gong Ki Joon, a famous taekwondo athlete who suffered a severe leg injury. Bored with his situation, at the new school, Gong Ki Joon meets a girl named Jin Ji Won. This girl who is always cheerful and slow makes Ki Joon’s life more colorful and fun. 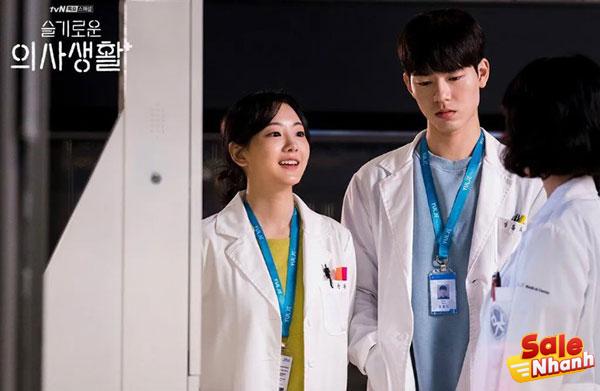 For loyal viewers of Hospital Playlist (2020-2021), did you know that Cho Yi Hyun is also in this drama? As one of the supporting roles from season one to season two, Cho Yi Hyun plays an intern at Yulje hospital.

The character she plays is named Jang Yu Bok. This girl always looks compact and excited with her twin brother, Jang Hong Do.

Hospital Playlist (2020-2021) tells the story of the lives of 5 doctors who have been friends since their college days. With different personalities and lives, this friendly relationship turned into a very close kinship. In good times and bad times, they always try to support each other.

My Country: The New Age 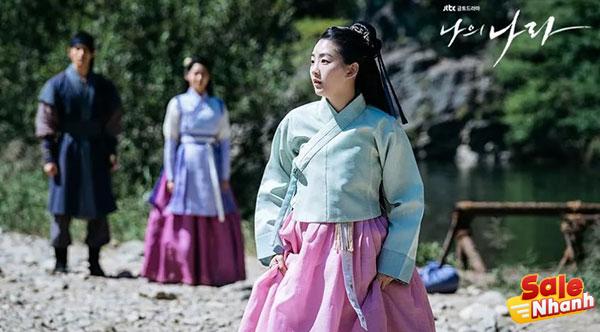 Moving on to a huge drama, this time Cho Yi Hyun plays in a drama called My Country: The New Age (2019). Playing the role of Seo Yeon, Cho Yi Hyun looks very beautiful and cute in traditional Korean clothes.

The film is set in the early Joseon Dynasty. Seo Hwi and Nam Seon Ho are two friends who are now enemies.

Seo Hwi is a warrior born into a military family, but his life is very hard. Meanwhile, the intelligent Seon Ho is often insulted because her mother is from a low class background. Even her dream of joining the army failed because of her father’s notoriety. 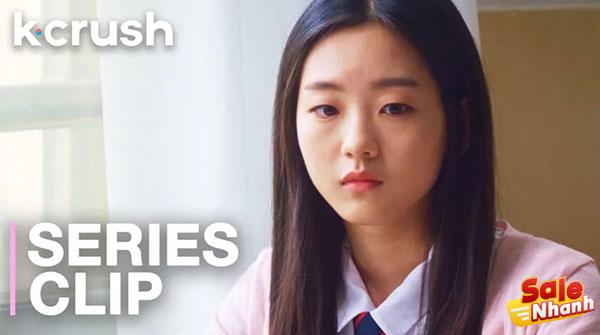 Another popular Cho Yi Hyun movie that is a must-see is, of course, Sweet Revenge (2017). In this drama, she plays Goo Hee’s former best friend, but their relationship suddenly falls apart. Most importantly, it turns out that many people don’t know that this movie is the first time Cho Yi Hyun and Lomon met.

Sweet Revenge (2017) is about the life of Ho Goo Hee, who is confused about who he loves. But behind all this, Goo Hee has a mysterious app called Revenge Note that can be used used to avenge someone’s bad actions. This girl uses this app to bring justice to the oppressed.

How to Buy a Friend 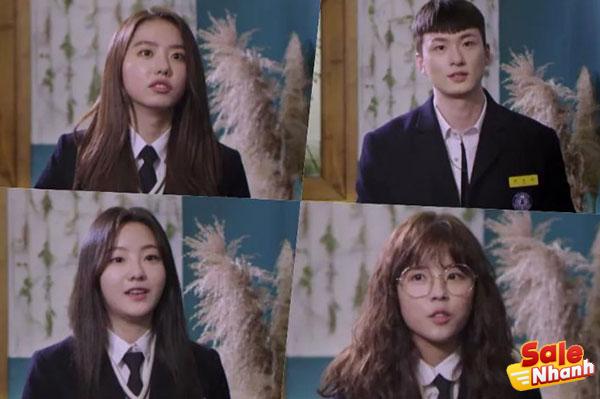 How to Buy a Friend (2020) is a teen drama that brings Cho Yi Hyun back to play the role of a high school student.

The film is about two high school students who make a friendship agreement letter for each other’s sake. Park Chan Hong pays Heo Don Hyeok’s fighting talent to save him from people trying to bully her.

It turns out that this bullying case has something to do with the truth behind the extremely mysterious Shin Seo Jung suicide case. 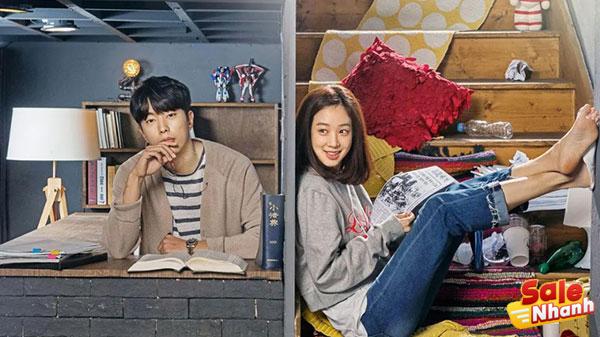 As the name suggests, Witch at Court (2017) is a film of the legal genre, about the life of a prosecutor.

Ma Yi Deum often uses cunning ways to win cases until she meets a new prosecutor named Yeo Jin Wook. Who would have thought, their cooperation has resulted in the completion of many important sexual violence cases in Korea.

In this drama, Cho Yi Hyun only appeared for a very short time as a cameo. She played a character named Hong Seon Hwa, a younger one, in one of the episodes. Possessing a minimal film length, it is not surprising that many people do not know about the presence of Cho Yi Hyun in this film. 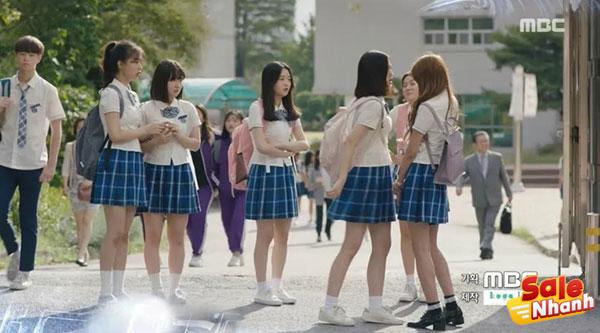 Bad Papa (2017) became Cho Yi Hyun’s first work in the acting world in Korea. This family-themed drama tells the story of a famous boxer who became a terrible father to his family.

To save his family from poverty, this man must return to the boxing ring he left behind.

Cho Yi Hyun received a small role in this drama, but the character is quite likable. She plays a girl named Se Jung who becomes the main character’s best friend. Se Jung and Young Soon have been friends for a long time, so the two always share animosity with each other. 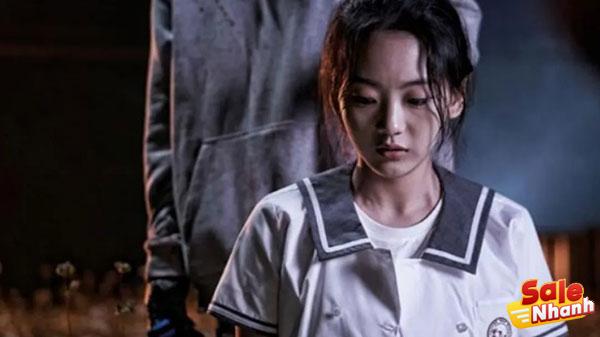 Switching to a drama with a horror genre, this time Cho Yi Hyun will play the role of a high school student who becomes the victim of a rather difficult case. Woo Tae Seok’s criminal case was not successfully investigated, making the detective extremely regretful.

While trying to catch the disturbing woman, Tae Seok solves several other mysterious cases. It turns out that all of this was possible because of the indirect help that Sun Jae gave him. 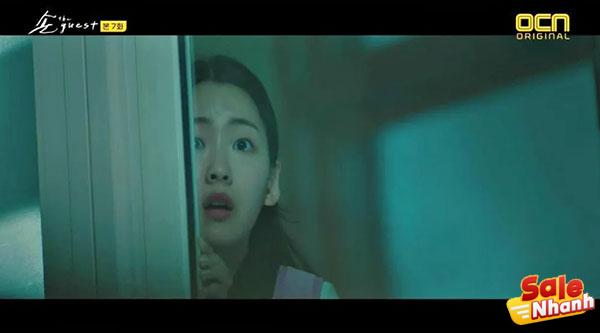 The Guest (2018) is one of the famous TV series with the participation of a series of top actors. Call it Kim Dong Wook and Kim Jae Wook. Both are veteran actors in the profession and acting is unquestionable.

The film tells the story of the partnership between a psychic, priest and detective against a demon that has robbed them of their happiness. In this drama, Cho Yi Hyun only appeared briefly as a guest in the seventh episode. She played a younger version of the character named Han Min Jin, in one of the flashback scenes.

Above are the top best movies of Cho Yi Hyun, hopefully from this list you can choose for yourself the best and most suitable movies.