Netflix is ​​one of many digital streaming service providers that is always overall in showing quality shows. This is evidenced by original series or movies produced by Netflix.

The word “original” means the actual series or movie produced under Netflix. It is proven that there are several successful Netflix original series, such as Money Heist, Stranger Things, and many more. 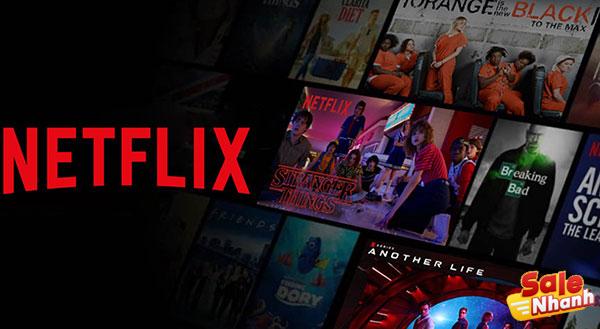 If you are also a regular movie watcher on Netflix and want to find a series of the best series of 2022, here are the recommendations for you.

Nearly three decades after the discovery of the T-Virus, an epidemic suddenly broke out in the Umbrella company and revealed a hidden secret. The series divides the story into two phases, the years 2036 and 2022 tell multiple stories in the form of flashbacks.

The series has no story link to the previous Resident Evil films and lives in its own universe. While there aren’t any characters that we know of, the basic plot and setting still use many things from the original source.

Umbrella returns to the academy to find The Sparrow has become ruler. It turns out that the time travel they have been doing so far is not about fixing it, but creating a paradox.

Of course we can’t wait to see what they do in this strange world in the face of a mysterious enemy that is beginning to spread the threat.

The 1900s gangster series is entering its final season. Continue the journey of the Shelby family in infiltrating the fascist movement, failed assassination attempts, the fall of power Peaky Blinders and others will color the plot in this installment.

Decided to be the final installment, this story is also the prelude to the planned production of a movie in 2023.

The cast is all returning to bring their respective characters with the exception of Helen McCrory, who has passed away, so an episode of the season will pay tribute to actress Elizabeth “Polly” Grey.

Juliette is a teenage vampire and Calliope is a vampire hunter. They met at school and fell in love. However, group differences threaten to tear their love apart.

This supernatural teen drama combines the feud between vampires and their hunters, who are entangled in a forbidden love story. Based on a short story by Victoria Schwab, this series uses the city of Savannah as the setting for the story.

Starring two unknown young actresses is really a big gamble. But with a unique and different idea, although there are many clichés, maybe this series will be liked by teenagers.

One of Netflix’s best series, continues the adventures of Eleven and her friends in the face of threats from the Upside Down world. The story takes place in March 1986, 9 months after the events of season 3.

Another horrifying event occurred in Hawkins, where several teenagers died unnaturally. Dustin and colleagues tried to investigate the cause.

Meanwhile, Mike and Will search for Eleven, who is in a secret facility to restore her powers to protect her friends.

Many mysteries will be revealed and terrible creatures will appear. Due to its long duration, season 4 was split into two episodes, with the final two set to air on July 1, 2022.

Man vs Bee begins when Trevor (Roan Atkinson) is standing in the courtroom. The judge was reading the charges against him at the time. Trevor gets a job as a housekeeper in a large and spacious house.

Despite looking old, Trevor still seems to be able to get his job done, surprising the owner of the house.

However, problems arise when Trevor guards the house alone. Then he was visited by a bee. Trevor tries his best to kill insects but instead destroys furniture in the house.

For connoisseurs of law series, Lawyer Lincoln may be the first choice. This Netflix series is the sequel to the film The Lincoln Lawyer (2011), starring Matthew McConaughey.

The series itself is an adaptation of the novel The Brass Verdict published in 2008. The 10 episodes in this first season can be enjoyed in May 2022.

Both worked for a publishing house called Lund & Lagerstedt. The success of Love & Anarchy has made Netflix ready for a second season.

Ida Engvoll and Björn Mosten will return as Sofie Rydman and Max Järvi in ​​season two. In addition to the two actors, this series is also animated with other actors playing different characters.

The Spanish series was filmed in the Basque Country last summer. The creator, Verónica Fernández, says that life can change in an instant, with just one click or a voice message sent.

Every millisecond, our private lives turn into public property. This series tells the story of a rising politician.

However, her career was threatened because her sex video tape was leaked to the press. In a split second, his privacy disappeared as his life was now consumed by the public.

God chose him to save the world. However, Clark was not able to save humanity alone.

In the end, Clark gathers his never-matched co-workers until Amily (Melissa McCarthy), his longtime lover. Together they are like a group of ordinary mortals united for the greater good.

A Canadian journalist tries to uncover a secret organization that makes his news material. It turns out that he was embroiled in a conspiracy designed by an organization called The Pentaverate. The safety of the earth and humanity is now in his hands.

Mike Myers is back with comedies and jokes about secret conspiracies and organizations. As usual, Myers plays more than one character. In addition, this miniseries is also supported by two famous comedians Ken Jeong and Keegan-Michael Key, who are ready to clash with Myers.

This crime drama will close the story in April 2022 with the remaining 7 episodes of season 4. For those who have followed the twists and turns in the life of the Byrde family in the Ozarks in the making of the crimes. money laundering, it’s time for us to see the climax of the story.

The quality of the series is maintained, both in terms of plot and acting, making Ozark one of Netflix’s mainstay series. It has been nominated for multiple Emmy Awards, and several of which have won for Jason Bateman and Julia Garner, is a testament to that quality preservation.

Continuing the first 4 episodes of this final season, these two energetic women in the late afternoon will end their stories in the remaining 12 episodes.

Since 2015, Grace and Frankie have entertained us with the ups and downs of their lives. They always strive to achieve success with their unique creative tools, as well as organize an emotional life that requires certainty.

Apply for Emmy and Golden Globe nominations in the comedy series, Grace and Frankie have truly colored our lives so far. And a beautiful cover has been prepared.

From the moment they sat next to each other in class, Charlie immediately fell in love with Nick. But Charlie hesitates to consider Nick as a popular student at school who is liked by many girls, especially Nick on the football team.

Seeing each other every day brings them closer and begins a romantic relationship. It is not easy for them to live this forbidden love.

Heartstopper is an adaptation of the graphic novel by Alice Oseman. Expressing the story of same-sex relationships among teenagers, this series creates a sense of closeness to social reality.

Along with the fun songs to listen to, Heartstopper instantly became one of the most popular Netflix series. Their story will be continued in part 2.

In season 1, Nadia always returns to the same time several times every time she encounters the god of death. At the same time, he also meets Alan who has the same problem. Together, they try to figure out how to get on with life.

The success of season 1 when the series was nominated for an Emmy Award in 3 categories, while not winning, was enough to prove its quality.

A cliché story with a catchy packaging makes this series fun to follow. After successfully finding a way out of the time loop at the end of season 1, what will happen to Nadia and Alan? A story worth the wait.

Phim Anatomy of a Scandal

This British miniseries will tell about the perfect life of a famous politician’s wife, who is shaken after her husband is caught up in a scandal. Who should he trust? Based on the novel by Sarah Vaughan, this miniseries will showcase the acting prowess of Sienna Miller and Rupert Friend.

Anthony started looking for a wife this season. Meeting girls, nothing can keep his heart. Until the Sharma family came from India.

Sisters Kate and Edwina immediately join and fascinate Anthony. To be able to reach Edwina, Anthony must melt Kate’s heart, but instead becomes entangled in a romance. Who did Anthony choose?

For this second season, the preparation for filming has actually begun before the first season aired. Of course, the second season of the adaptation of the novel Viscount My Beloved is certainly awaited by true fans.

Phim Pieces of Her

This horror drama is an adaptation of Karin Slaughter’s novel published in 2018. The film tells the story of a policewoman in a small town after experiencing an assault.

The incident turns out to open up an old secret kept in the dark. All the secrets are related to his mother’s past. Toni Collette is in good form.

A century after the events of the Viking series, the story of the struggle of a new generation of Vikings will end the glorious era of a great nation.

Leif Eriksson and Harald Sigurdsson were the main characters who would later lead their nation to the battle at Stamford Bridge that ended in defeat.

In addition to showing a lot of gore, this movie is strong in terms of drama. Season 2 is already planned and will air in 2023.

The true story of Anna Sorokin’s scam under the pseudonym Anna Delvey. He identified himself as a wealthy man from Germany and sought to break into the New York elite.

He uses his fake identity to take advantage of others. He easily gets cash, luxury goods and services. But all will come to an end.

Still not bored with Julia Garner’s charming performance in Ozark? This time, he showed his charismatic acting talent when playing a character capable of lulling and deceiving others. This miniseries with an interesting premise is well worth watching.

This series from Netflix can be entertainment to fill your free time. All of the above series are guaranteed to be fresh as they have just aired.