One Piece’s newest anime, One Piece Film: Red, has broken multiple records at the Japanese box office. One of them is the fastest anime to reach 10 billion yen. However, One Piece Film: Red has yet to beat the record of Demon Slayer: Kimetsu no Yaiba – The Movie: Mugen Train.

The 10 billion yen figure for an anime film is not an easily achievable number at the Japanese box office. Mainly because animated movies also have to compete with Hollywood movies that attract more viewers. So an anime film that can hit that number in less than 60 days is considered a special movie.

Most of these 10 billion yen winning films are classic animated films. However, there are also modern anime titles that have large fan bases and interesting stories. What are some Japanese animated films that quickly hit the box office with at least 10 billion yen? Quoting Anime Galaxy Official, here’s the review! 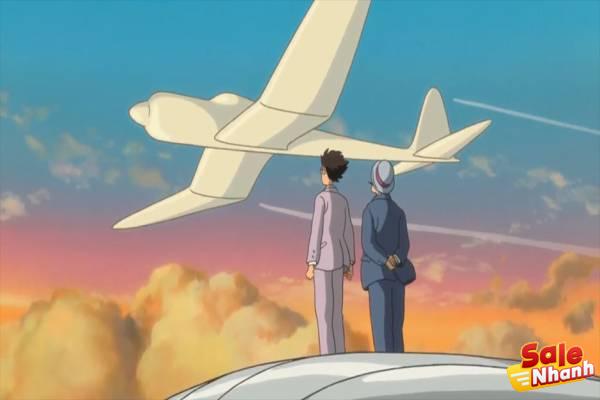 The Wind Rises is a historical film written and directed by Hayao Miyazaki in 2013. This Studio Ghibli film is a fictional biopic of Jiro Horikoshi, the designer of the Mitsubishi A5M fighter jet. . He later designed the Mitsubishi A6M Zero used by the Empire of Japan during World War II. The film was adapted from the manga of the same name.

It became one of the most successful animated films in Japan and grossed over $136 million worldwide. This film is able to raise the core theme of the film such as the creation of art and technology. It can not only attract designers and artists from all over the world, but also amaze the younger generation. 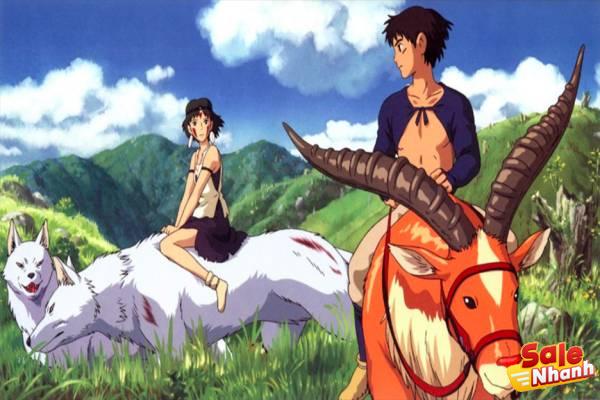 Princess Mononoke is Hayao Miyazaki’s hit film in 1997. The epic historical fantasy hit the box office with 20 billion yen. The film held all the records until it surpassed Spirited Away in 2001. Since then, the film has received many national and international awards for intelligence in the field of animation.

The film tells the story of a young Emishi prince named Ashitaka. He later became entangled in a feud between the satyr and the humans consuming his resources. During his journey, he meets Princess San and together with her, they try to maintain peace between the two sides. 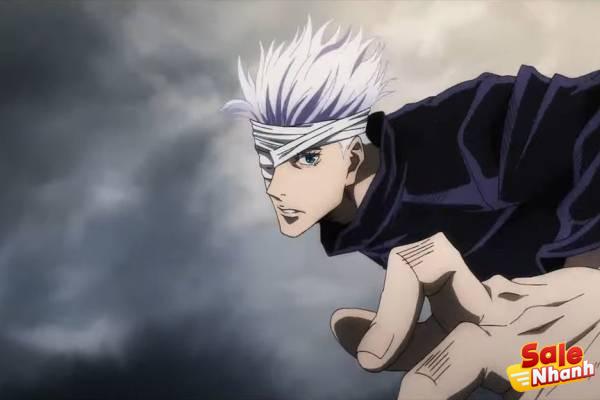 Jujutsu Kaisen 0 debuted in December 2021 and surprised the box office with its excellent performance. In just 42 days, it became one of the fastest films to earn 10 billion yen with over 7 million tickets in this period. The film is produced by MAPPA and distributed by TOHO Animation. The film is directed by Sunghoo Park.

Jujutsu Kaisen 0 is based on the manga series by Gege Akutami. This movie tells the story of Yuta Okkotsu, who is haunted by the cursed spirit of his childhood friend, Rika. To save him from suffering, Satoru Gojo enrolled him in Tokyo Jujutsu High School. There, Yuta learns about energy and curse techniques to combat the fears that exist in the wizarding world.

Weathering with You — 34 Hari 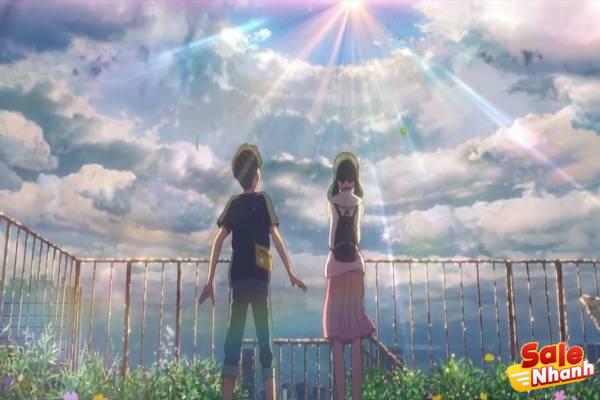 Weathering with You hits theaters in 2019. The film was praised for its animation quality and emotional impact on audiences. Director Makoto Shinkai has received a lot of appreciation for his narration that touches the hearts of fans. In international markets, the film did well at the box office and grossed $193 million worldwide.

In Japan, the film grossed $104.7 million. This romantic fantasy world drama depicts a theme full of hope in despair. The film tells the story of a high school student, Hodaka Morishima, who runs away from his home in the countryside and arrives in Tokyo. He then befriends an orphan girl named Hina Amano, who can control the weather.

‘s Howl’s Moving Castle is based on the novel of the same name by Diana Wynne Jones. This film ranks as the 6th fastest animated film to gross 10 billion yen in Japan with a gross of 19.6 billion yen. Directed by Hayao Miyazaki, the film has won several awards, even being nominated for an Academy Award for Best Animated Feature in 2005.

The film is about Sophie, who runs her late father’s hat shop. His life changes after he meets a handsome wizard named Howl, who lives in a magical flying castle. She lived a happy and wonderful life until a witch jealous of their relationship cast a spell on Sophie and turned her into an old woman. 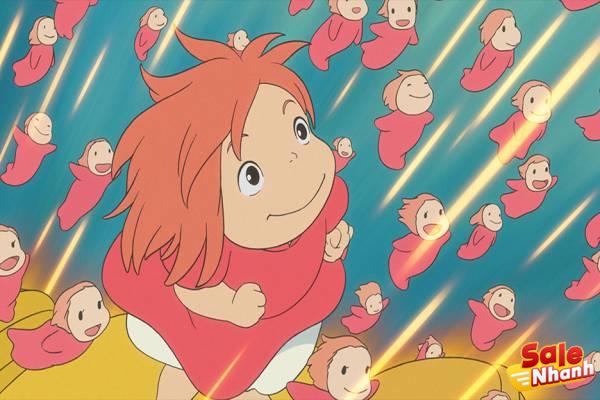 Ponyo is based on the fairy tale The Little Mermaid by Hans Christian Andersen. Ponyo is directed by Hayao Miyazaki and is his eighth film for Studio Ghibli. Miyazaki’s work is always entertaining and Ponyo is no exception. As of 2022, Ponyo is one of the all-time anime films with a box office gross of $204.9 million.

The film tells the story of a goldfish named Ponyo who escaped from the sea. She is later saved by a 5-year-old boy, Sosuke, after Ponyo gets trapped in a glass. The film reveals Ponyo’s desire to become a human, against the dire circumstances caused by Ponyo’s purchase and use of magic. However, he is still determined to fulfill his dream despite the difficult life around. 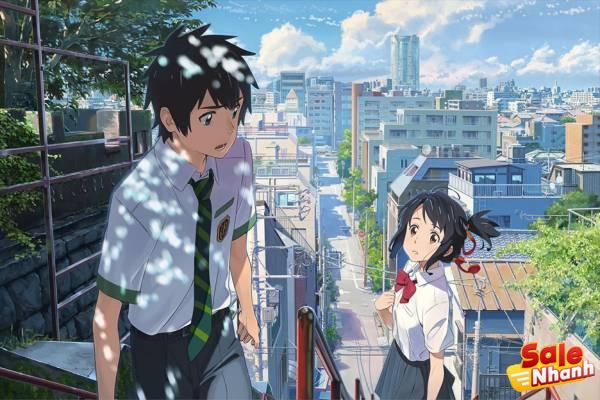 Kimi no Na wa is the best movie by director Makoto Shinkai. The film received very positive reviews from the audience and became one of the most successful animated films in history, reaching the box office revenue of up to 380 million USD. In addition, the film also won awards such as the 2016 Los Angeles Film Critics Association Award and the 71st Mainichi Film Award for Best Animated Feature.

This movie tells the story of two teenagers, Mitsuha and Taki. The two discover that their bodies are swapped and become closer in the process. However, they later discover that they exist in two different timelines. The unconditional bond between the two and their efforts to protect each other makes this film a must-see. 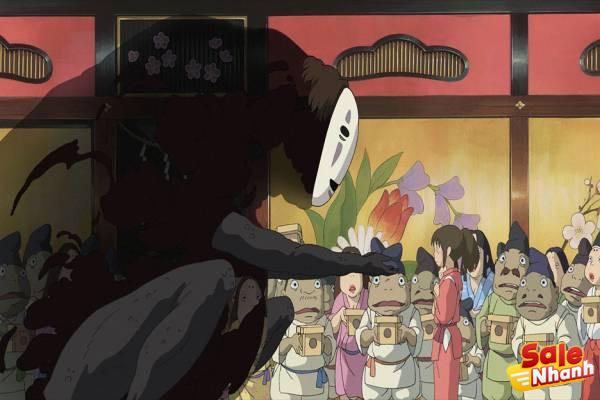 Half of the films on this list are made by the famous Japanese director, Hayao Miyazaki. Spirited Away is one of his masterpieces. Released in 2001, the film performed well at the box office and grossed over 31.68 billion yen in Japan. It later became the first animated film to ever win an Oscar.

Spirited Away is about Chihiro Ogino. When he moved to a new environment, he entered our world. After her parents were turned into pigs by a witch named Yubaba, Chihiro worked at Yubaba’s bathhouse to find a way to free herself and her parents and return to the human world. 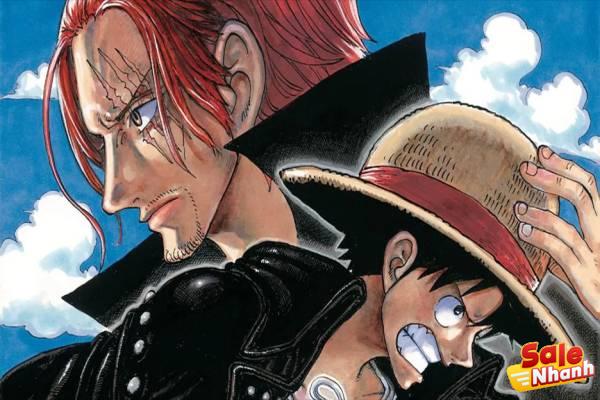 This movie is set on Music Island, Elegia. There, Uta, the world’s greatest diva, gave her first live concert and revealed herself to the public. The Straw Hats, pirates, Marines and fans from all over the world gather to enjoy Uta’s voice. However, the event begins with the revelation of the fact that Uta is Shanks’ son. 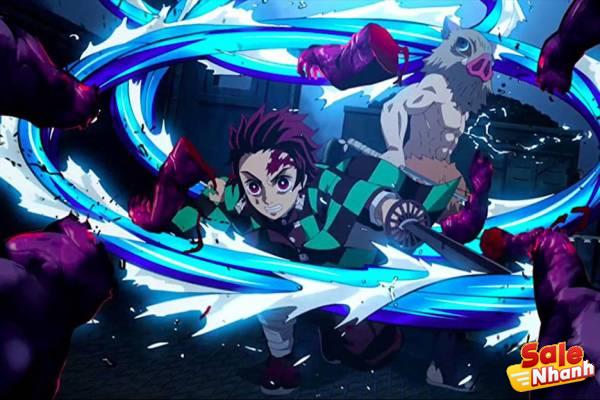 Based on the manga by Koyoharu Gotouge, Demon Slayer: Kimetsu no Yaiba – The Movie: Mugen Train is the most successful Japanese film in history. It holds every box office record and grossed over $500 million worldwide to become the highest-grossing anime film of 2020. This is the first time a non-Hollywood film has topped the charts. annual box office revenue.

Interestingly, this film was released in the midst of the Covid-19 pandemic. However, this movie still made a big profit. In Japan alone, the film has grossed 40 billion yen. The film follows the trio of Tanjiro, Zenitsu and Inosuke who accompanies Hashira Api Kyojuro Rengoku to uncover the mystery of the disappearance of about 40 people from a moving train.