Being an independent single woman may still be an option for some women. But it’s not with a group of Tarareba women who think they’re bound to have a partner at 30. Unfortunately, finding a partner is not as easy as when they were in their 20s.

Movie Tokyo Tarareba Girls starring beautiful actresses Yuriko Yoshitaka, Nana Eikura and Yuko Oshima, Tokyo Tarareba Girls is here to entertain women in their 30s with stories that can be very easy to understand. surname . How is this Japanese romantic comedy? Check out the following reviews!

Rinko Kamata is a woman in her 30s. He works as a not-so-famous screenwriter. In terms of appearance, Rinko has a very attractive appearance. However, at her current age, Rinko has no life partner. In fact, he was previously approached by a man, his colleague Tetsuro Hayasaka.

At that time, Hayasaka was still quite “coffee” with his family background and unattractive appearance. Rinko also feels young and can choose any guy she wants. Before he could confess his love, Rinko rejected Hayasaka.

Recalling that incident, Rinko felt very regretful that she had once rejected Hayasaka. Furthermore, Hayasaka had now become a grown man with authority.

Not only Rinko, her two best friends Kaori and Koyuki also suffered the same fate. Both are unmarried while their other friends are married and even have children. Because of the same fate, the 3 friends often gather and gossip. They often meet at Koyuki’s father’s restaurant.

Eight years later, Hayasaka is still Rinko’s colleague, just in a higher position. Hayasaka unexpectedly invited Rinko to have dinner together. Hearing that, Rinko was very excited. He thinks Hayasaka will confess her love to him again. 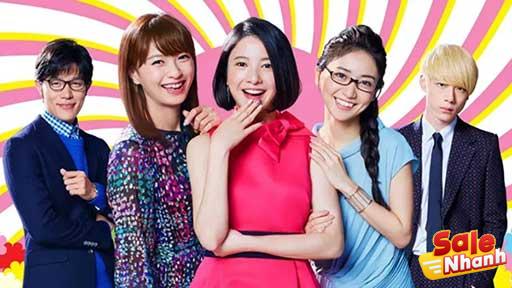 Rinko hurriedly informed Kaori and Koyuki about Rinko’s upcoming meeting with Hayasaka. He also dresses up and is even excited about choosing what to wear to dinner with Hayasaka.

Unfortunately, after meeting, Hayasaka didn’t want to confess his feelings, but asked Rinko’s opinion on love affairs. Hayasaka has a crush on Rinko’s colleague Mami and intends to confess her feelings to Mami.

Rinko was clearly surprised and embarrassed that her prediction was wrong. But Rinko tried her best and gave Hayasaka’s opinion.

After the meeting, Rinko immediately asked her friends to gather at Koyuki’s father’s restaurant. Rinko excitedly told her friends about the incident. They were having a lively conversation when suddenly a young blond man looked at them coldly.

Then the blond man scoffed and said that girls like the ‘Taareba Girls’ have a hobby of complaining and gossiping. Not accepting what the blonde said, the girls got angry at the boy.

But ever since then, they always ran into each other as if it were fate. The blond man named Key. He often goes to Koyuki’s father’s restaurant to eat alone. Interestingly, Key always meets when the girls are together. That’s where the nickname ‘Tarareba Girls’ was given to Rinko, Kaori, and Koyuki.

Rinko, Kaori and Koyuki’s journey to find a life partner still has a long way to go because they realize that they have missed many opportunities. In the end, will Rinko, Kaori and Koyuki be able to find their other half and end their single years? Please watch to the end of the movie to know the answer!

A comedy that conveys an important message to single women

Tokyo Tarareba Girls TV series based on the manga of the same name by Higashimura Akiko is loved by many female readers in Japan. In fact, the comic was only released in 2014.

The Live Action version also tries to tell the same story, specifically about a group of single women in their 30s of the same age.

Actually, the premise of the story in this movie is very simple, but the dialogue and the characters built really represent the feelings of single women at an age that is no longer young. Both the writer and the director were able to convey the messages and emotions felt by these women. 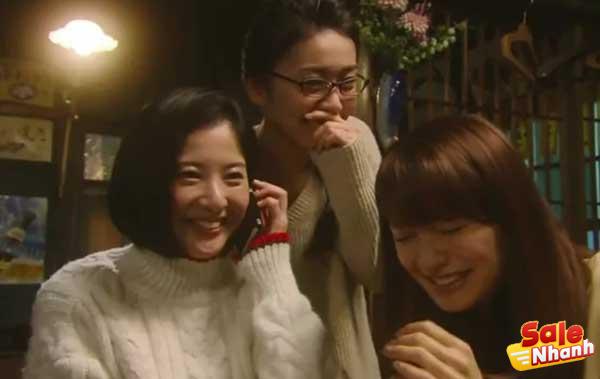 Although I am luckier than the Tarareba girls, I can also understand how the Tarareba girls feel because we are the same age. In a way, the writer and director have succeeded in conveying the message in this film well to the audience.

The film seems to want to remind single women in their 30s not to waste the opportunities that come because when they grow up, time passes faster than they think.

Although the story idea is quite simple, Tokyo Tarareba Girls is presented with many funny and entertaining scenes. For example, when Rinko went to dinner with Hayasaka. At that point, Rinko was overconfident that Hayasaka would confess his love to her again.

But when she realizes the reality is quite the opposite, there is a fantasy scene where Rinko seems to be shot by an arrow. This scene adds to the excitement of the movie.

Since the first episode, this drama has delivered hilarious scenes. Not only through the ‘imaginary’ scenes of the characters are exaggerated, the lines also contain light humour. Thanks to these scenes and interesting editing, this movie feels very entertaining and easy to watch.

The repetitive scene is a bit boring

Indeed, the packaging of this film is very entertaining and funny through interesting and funny scenes and editing, but some scenes feel a bit boring. This is because some parts are made over and over again and over a fairly long period of time.

For example, when Rinko, Kaori and Koyuki drink together. They meet and talk about past events as well as other recent events that have happened to them. This scene repeats itself over and over again. 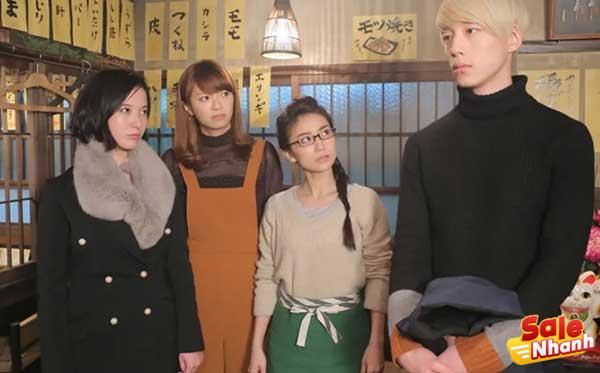 But on the other hand, this scene seems to reinforce the characters of Rinko, Kaori, and Koyuki, who really enjoy meeting each other and complaining about their fate.

Even so, the plot of this film is still saved thanks to the conflicts in it. In addition to the crisis of single women wanting a partner, they also face ‘unusual’ partner choices.

For example, like Kaori, who is dating an ex-boyfriend who already has a boyfriend, and Koyuki, who has a crush on a married man. The audience is curious about the fate of Rinko’s friends.

Through a simple story idea, Tokyo Tarareba Girls can entertain with attractive packaging. Besides, the conflicts that single women in their 30s often experience makes this film relatable and empathetic to anyone going through it.

Overall, Tokyo Tarareba Girls can be a side show when you want to relax and entertain.