Mel was used to hacking into broken company computer systems to expose their corrupt practices. But this is the first time he has been chased by groups that want him dead after hosting the virus on a server. Together with the man she just met, she must find a way to evade and stop the actions of this criminal gang.

The Takeover is a Dutch-language action thriller film by Annemarie van de Mond, released by Netflix on November 1, 2022. It tells the story of a hacker on the run.

His hack disrupted the master plan of an evil Chinese company to sabotage a sophisticated mode of public transport in Rotterdam.

Having a very ordinary plot, what does this movie bring to the table? Check out the following review to get the full review.

Mel Bandison is a hacker currently working for Rotramax, a transportation company based on computer technology. Before Rotramax’s driverless smart bus was about to be launched, he was tasked with conducting a final check of its computer system.

When she encounters an unusual piece of code in her system and it looks like there is an attack attempt from someone else, Mel hosts a virus to protect her main server. He doesn’t think his actions will put him in danger.

Suddenly, two men burst into the house, causing Mel to run away. He then reported the incident to the police at his home, but was reacted coldly by Detective Dries. Seeing two men chasing her at the police station, Mel immediately ran away again.

With no shelter, she went to the store of Thomas Dean, the man she had dated the night before. Then, Mel contacted two of his hacker friends, Jay and Yu. But the two men chasing Mel shot them from the outside. 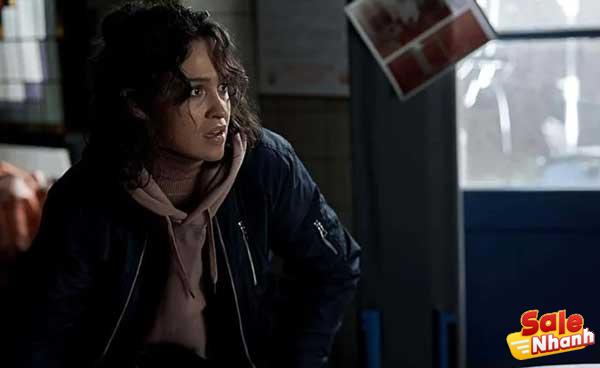 Mel is forced to run away with Thomas. While at a bar, the news on TV reported that Mel had committed murder.

Thomas received a phone call from a man named Rogers, who threatened to kill Mel if he did not immediately repair the server’s computer system due to a trojan virus he had hosted. They ran again. This time riding a motorbike out of town to meet Buddy, a high-profile hacker who used to be Mel’s mentor.

After waiting for a while at the edge of the forest, Buddy arrives and takes them back to his hiding place. Buddy tries to find the data and the teams hunt down Mel. Meanwhile, Thomas tries to calm the agitated Mel.

Buddy discovered the fact that Rotramax is cooperating with a software manufacturing company from China, Xiaoming, specializing in facial recognition technology. Mel immediately understood how Rogers and his co-conspirators created a fabricated murder video using his face.

Mel remembers having her face scanned once when she boarded a driverless bus. Mel plans to hack into the bus server to get proof of his innocence. Suddenly Rogers and his gang come and kill Buddy. Mel and Thomas escape in Buddy’s car.

Mel was trying to break into the server but was stopped when Rogers pointed his gun at it. Rogers asks Mel to remove the trojan virus he planted so that Xiaoming can take over the Rotramax server system for his benefit. Mel is smarter than Rogers and manages to escape. Dries and his men have captured Rogers.

Unfortunately, the problem is not over yet. A driverless bus that drives itself out of control. Mel is asked for help by Dries to stop the bus. Mel contacted Jay and Yu, but they were unable to hack for a short time.

So can Mel get into the driverless bus’ computer system before it crashes? Continue the excitement of this movie by watching it until it’s over.

The Takeover opens with a tense scene about a police hacker’s pursuit with the help of Buddy, a high-profile hacker. Through a number of techniques, they were able to track down the hacker who turned out to be a 16-year-old girl. He did it with the intention of just playing it.

Set in a Hollywood-style setting at the beginning of the film sets a promising premise for Buddy and Mel’s relationship until he becomes a trusted hacker. But in the next scene, as Mel matures, Buddy is no longer told. He only comes back when Mel needs his help.

But the chemistry we expect between mentors and students actually seems bland. Although we really want to know what happened that made their relationship fragile. Meaning Mel reported Buddy to Interpol, which makes him a fugitive. 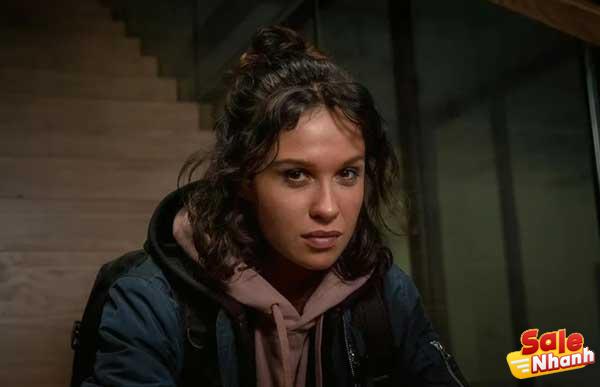 But we are not given a picture of the kind of crime Buddy committed until it is reported by his students. And it is not explained why Mel reported to his mentor. Is it a personal matter or not? Because when they met, Buddy didn’t show anger, annoyance or any other negative attitude towards Mel.

We were shocked when Rogers killed Buddy. Although we still hope that Buddy will step in to help Mel’s action. It turns out that Buddy’s death holds another secret that has a positive effect on Mel’s future.

He passed everything he owned to Mel through a secret message he wrote long before they met and sent it just before being shot by Rogers.

This scene will be very moving, because it means so much to Mel. But due to their thin story construction, the scene feels bland and seemingly pointless.

Why are these three movies so good at portraying the hacker story? In addition to convincing acting, minutes of action in front of the computer with a lot of tension are shown.

In terms of acting, Holly Mae Brood’s performance did not disappoint. We are swept away by nostalgia as Sandra Bullock must keep running, pursued by her hunters in The Net.

The characters are almost the same, where Mel is a white hat hacker who doesn’t use his skills to commit crimes. He only steals cryptocurrency from corrupt companies to donate.

But what makes this movie so bad is the lack of action sequences in front of the computer.

If Stanley in Swordfish and Matt Farrell in Live Free or Die Hard seem to have trouble breaking into the servers and messing with the computer systems in them, Mel doesn’t seem to have any difficulty. With just a few taps, everything is done easily.

As a result, the tension that should have been reasonably increased, especially when the driverless bus lost control, became less intense. Even this scene alone wakes us up from the fatigue of almost trying to hold back sleep because of the unstable rhythmic effects of this 1 hour 27 minute film.

The city of Rotterdam is projected with light cinematography

Unlike European films in general, which can always showcase the beauty of the city as the backdrop for the story with sleek and beautiful cinematography, The Takeover comes with light, cinema-like visuals. like a TV series. None of the cutscenes show this beautiful corner of the city in the Netherlands. 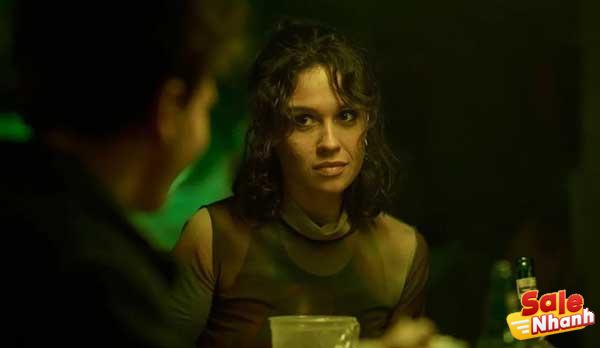 The tense scene of the bus losing control is shown at night, so we can’t see much of the situation around it, except for the cars being crushed by the collision.

The scene ends where Mel and Thomas are having a conversation, where the city in the background should be pretty instead of blurry. So sorry.

The Takeover doesn’t add anything new to the realm of action thrillers. The story’s many similarities to previous similarly-themed films make the plot predictable. Although the pacing was increased in the climax, the execution was suboptimal and made the ending of this film objectionable.

This movie is perfect for those who want to relax and want to watch action movies without making us think too much. Leaving aside the holes in the story, at least the story seems realistic and quite interesting at the end of the movie. Watch movies now on Netflix, OK?