Riana returned with more terrible terror. Director Billy Christian will also return to direct ‘The Sacred Riana 2: Bloody Mary’ with the writing assistance of Andy Oesman. Muhammad Hananto is the producer. This film produced by Nant Entertainment will be premiered on July 28, 2022 in Indonesian cinemas.

Riana (Riana Antoinette), who has been in a slump since she lost her doll and old friend Riani. However, Riana received news that the doll is currently in a female dormitory called Elodia.

Knowing the news, Riana also asked her parents to transfer schools to Elodia. Riana’s request was immediately fulfilled by her parents hoping that Riana could return to her former enthusiasm.

However, Elodia’s dormitories strictly regulate student behavior. They even put 100 mirrors in all the halls of the dormitory, so that students who want to do bad things immediately cancel their intentions because they are embarrassed to see their ‘reflection’ through. mirror.

The game, which was originally just a way to scare new students, turns into disaster when a spirit appears trying to harm the student. Besides calling “Bloody Mary”, Riani is also forced to take care of a cursed doll that is actually Riani’s old doll.

The Riani doll is also considered the mastermind of this disaster. Riana also has to find herself in a dilemma, between having to return the house to the Riani doll or finding answers to the various horrors that the Riani doll accuses of. 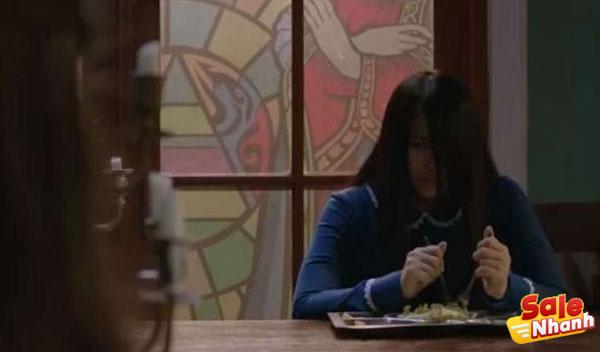 Choose a setting that’s as appealing as an old dorm

Fast forward from the first movie to focus solely on Riana’s life and Om Johan’s house. Here the choice of a dormitory named Elodia becomes the fulcrum throughout Riana’s second story, in an old building that looks more like a dungeon than a girls’ dormitory.

The inn, which looks scary from various angles, becomes the impetus for a strong sense of horror. Plus placing mirrors along the hallway makes it mysterious. Although the role of the students in this dormitory is not too strong, the setting of the place that represents the conditions of the ancient dormitory will continue to haunt you.

A quaint dorm, complete with golden lights and classically nuanced rooms, deliberately continued to be projected to thicken the creepy feeling even though it wasn’t in the horror scenes. The mirror, which is the main intermediate plot, has been the main focus from the start. Martha (Roweina Umboh) reminds Riana as a student in her new dormitory.

Transitions in the world of mirrors are beautifully depicted through quality CGI images. The red world depicts the bloodline that reinforces the bloody history of “Bloody Mary”. History emerges from the red image, which will take you to another dimension where Bloody Mary abducts the victims.

Cliché acts of bullying at school 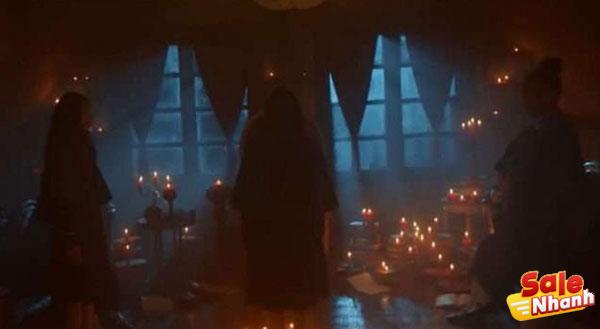 As a plotter, Riana was bullied by students already in the dormitory. The background of students other than Riana is not so clear. The cast selection is evenly distributed, making each race representative.

This one group of bullies, although arrogant, they are pretty solid from different groups. Asian looks like a westerner with blonde hair, then Rika represents dark skin, Elsa looks like a group leader like a daughter from a wealthy family. Then there’s the European-like Anna who was naive at first to go with Riana.

Finally, Shenina Cinnamon plays a very innocent native Indonesian, not bullied but not rude. Here, her role seemed flat and wasted when Shenina was cast in the sensational film ‘Light Duplicates’.

This group was formed to run an opposite story with the character Riana, who is very passive and mysterious. The good news is that the actors are quite capable of doing their job, although at times there are dialogues and scene inserts that are not so important in the integrity of this Bloody Mary story. 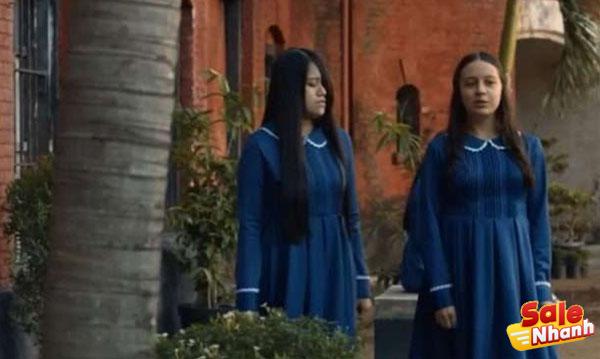 Some scenes in the dormitory make it even more tiring, inevitably using other dorm students so that they don’t get too attached to the main character and Riana. Unfortunately, choosing female actors with lines is very, very difficult and weird.

All the students at the school seemed to be bullying Riana in unison. All the students seemed calm, often engaging in fear several times for no reason. Even in the final scene, Riana gathering all the students and dorm staff, who should have been a story-enhancing movie, becomes very bland.

Even more strange, Mrs.Martha became the only teacher in the school to be seen. And the end of the game is even weirder, other employees who don’t show up every day also show up. Dormitory is not too large, can be the focus of student selection, dormitory staff is not very much.

What exactly is the role of Armando Jordy?

Mrs. Martha’s daughter who also lives in the dormitory raises many questions. What exactly is his job? Looking panicked and not yet finished terrorizing Bloody Mary in Elodia’s dormitory, the only male character to greet the dormitory, becomes very strange.

The story of the genealogical tree that Mrs.Martha explains is ultimately just a historical supporter of the Bloody Mary’s fondness for blood. Even Martha seems to be able to get through all of this with her own knowledge.

The final finish is very poor, making the horror of the mirror dimension very little. The horrors of the Bloody Mary don’t look scary for the whole house. Despite being told so brutally, not a single act of masochism was committed until the end of the match.

The reuse of characters by Bu Klara (Aura Kasih) and Anggi (Ciara Nadine Brosnan), is something that could refresh us for the first movie The Sacred Riana in 2019. Although everything is told briefly. in this second movie.

The presence of Mrs. Klara and Anggi has become a bridge for the development of Riana’s character in separating and reuniting with the Riani doll. The integrity of the great plot has been correlated since the first movie, making the next story, if there is a 3rd movie, easier to develop. 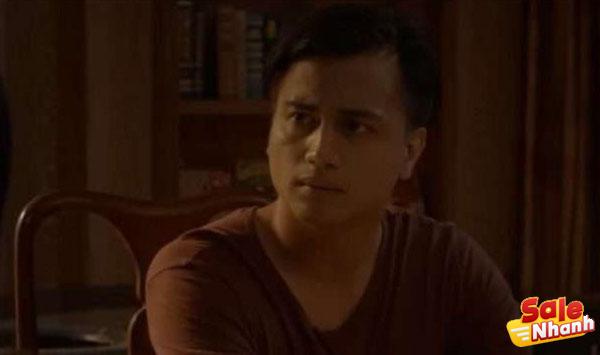 Conclusion of the movie The Sacred Riana 2: Bloody Mary

Choosing an old inn with many classic elements, makes the feeling of horror even more attractive and scary. Furthermore, the transition to the mirror world, where the Bloody Mary is located. Horror for the entire Elodia dormitory, causing the fault of Riana, a new student with her old doll Riani.

Some quirky roles don’t make the story any more interesting until the very end. Fortunately, the co-star of the school bully group Riana played the role very well. The female dormitory feud runs the story with a major terrorist plot from the game Bloody Mary.

‘The Sacred Riana 2: Bloody Mary’ is a successful sequel that expands on the story of the first film. Furthermore, the inclusion of several older roles aided in the development of Riana’s character. In particular, Mrs. Klara and Anggi, there will be potential for season 3 Riana with a new mysterious terrorist incident.