The Roundup is a Korean action, action film that will air in June 2022. This work of Lee Sang Yong has the participation of a series of famous Korean actors such as Ma Dong-seok, Son Seok-koo, Choi Gwih-wa. The Roundup is the sequel to the 2017 film The Outlaws.

The Roundup ( 2022 ) is set in the present. Detective Ma Seok Do is known as ‘Monster Detective’ after fourteen years leading the campaign to destroy the violent and disturbing Garibong-dong gang. 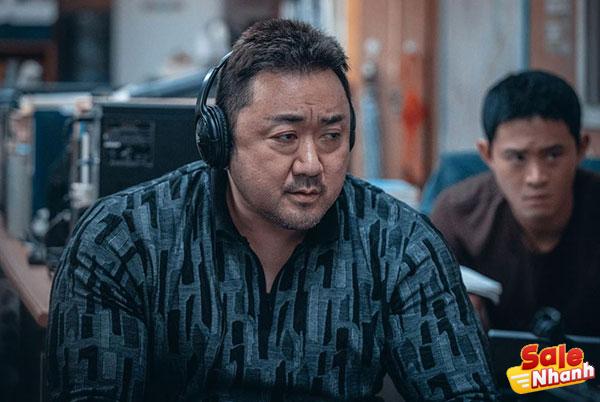 Then, detective Ma Seok Do intervenes again to handle a mysterious case. The case began with Ma Seok Do and his teammates being assigned to Vietnam to arrest a suspect named Kang Hae Sang.

The character of suspect Kang Hae Sang will be played by the handsome actor who just starred in the Korean movie ‘Liberation Notes’, Son Seok Gu aka Son Sukku. Kang Hae Sang is a top criminal.

The appearance of Ma Seok Do and the team found a unique and odd case. They uncover a mysterious brutal murder case. Detective Ma Seok and his team devise a strategy to deal with the mysterious case.

They will target immigrants or rather tourists who are in Korea. After carrying out further investigations, Detective Ma Seok and his team are shocked to learn that the murders and crimes have been going on for the past few years but have only been revealed recently.

The appearance of a mysterious crime and murder case prompts Detective Ma and his team to directly go down to solve the case, especially to track down the mastermind behind the murder. 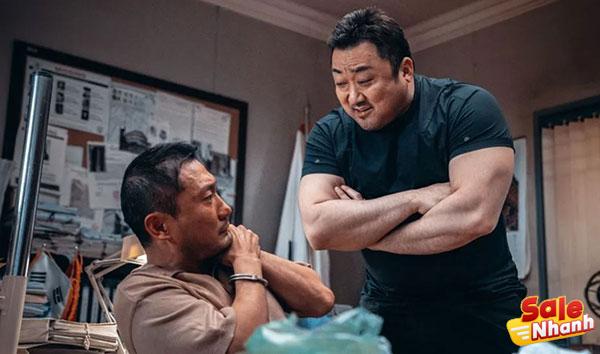 They come up with various strategies to reveal the truth of a mysterious case as well as prove Kang Hae Sang’s involvement.

Various questions will arise for fans of Korean action movies. Who is the mastermind of the murder and what is the motive behind it? Let’s watch the movie to get the most accurate answers.

The Roundup is set four years after the first film, after Detective Ghost successfully solves crime problems in Garibong-dong. Like the first movie, The Roundup still has the action-comedy genre. Throughout the film, we will see the wit of Detective Ma when he fights against criminals.

This time, the conflict is mainly inspired by tourist abductions that often occur in several Southeast Asian countries. The conflict is packaged in a way that resembles a regular crime-themed movie without any political moves or anything like that.

This makes the plot really seem simple and nothing special. However, the presence of a simple story really makes it easier for the audience to digest it so they can focus more on the action scenes that are the main attraction of the movie. 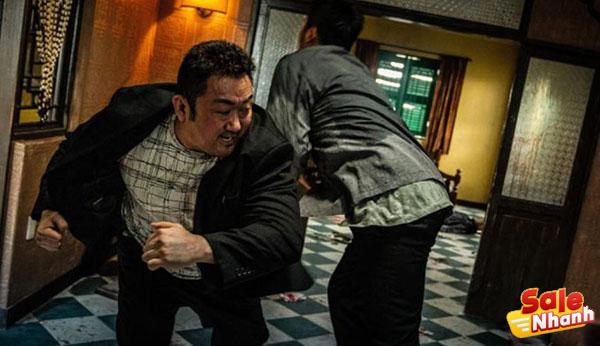 Also, you really don’t need to see the first movie to understand the plot of The Roundup. You see, the main conflicts between these duos are unrelated. It’s just, you won’t understand some of the references or the presence of the characters from the previous film reappearing in this sequel.

Action movies with Ma Dong-seok in the lead role always promise extremely eye-catching fighting scenes. This also applies to The Roundup, which has a rating for viewers 17 years of age and older. Therefore, the action scenes in the film are not downgraded to show the moments of brutal battles that make people even more heartbreaking.

However, the most eye-catching moments in this movie still take place every time Detective Ma takes action against criminals. Moreover, when Detective Ma punches the criminals with his arm so hard that they pass out in just one hit.

Those of you who are loyal fans of Ma Dong-seok are sure to be very satisfied after watching this movie. In a way, Ma Don-seok’s appearance in this film resembles his portrayal of Gilgamesh in Eternals, just without the superfluous CGI every time he throws a deadly fist.

In addition to Ma Deong-seok’s stunning action sequences, there is one more actor who has gained attention in this drama as Seon Seok-koo, who plays the main antagonist of the film, namely Kang Hae-sang. In the movie, Kang Hae-sang is a high-ranking criminal who kills many Korean tourists just for ransom. 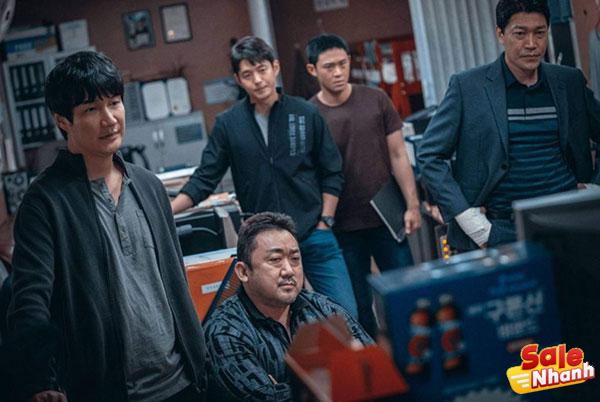 Son Seok-koo also appeared as terrible as Kang Hae-sang. His presence as a calm but deadly villain succeeded in making the audience’s hearts flutter with fear every time he saw him wielding a knife. Furthermore, Kang Hae-sang seems to really enjoy killing his enemies in a very brutal way.

In the end, with a simple story, The Roundup has succeeded in becoming an action movie that can provide satisfaction after watching. This movie will be a must for those of you who like the action genre or are in need of eye-catching action sequences without a heavy plot.