The Godfather is a legendary film that not only won Best Picture at the 1972 Oscars, but also became the second highest rated movie on IMDb with a rating of 9.2/10.

As the highest-grossing film of 1972, this classic crime story won Academy Awards in the categories of Best Picture, Best Adapted Screenplay, and Best Actor for Marlon Brando, who sadly turned down an Oscar for him.

The Godfather is a crime film adapted from the best-selling novel by Mario Puzo, published in 1969. Mario Puzo himself acted as the scriptwriter along with director Francis Ford Coppola. 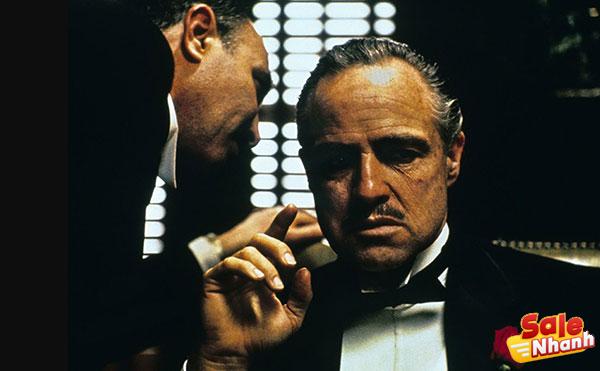 The story of the mafia family and its rivals takes place in the years 1945-1955 with the cast now all veterans.

For those of you who haven’t seen the movie and are planning to watch the The Godfather trilogy marathon on Netflix, read our review that dives into the details of one of the best movies Hollywood has ever made. manufacturing. Because this is (from the movie) “an offer you can’t refuse. ”

New York City in 1945, Vito Corleone (Marlon Brando) organizes a large-scale wedding party for his daughter. While receiving guests, he listens to a number of requests for help from friends, associates and people who need his help.

Next to him is always Tom Hagen (Robert Duvall), an adopted son who is both a lawyer and a family advisor. His two sons, Sonny (James Caan) and Michael (Al Pacino), attended with their families and partners.

Also present is Johnny Fontane (Al Martino), godson of Vito, a famous singer and trying to break into the movie industry with the help of his mafia family. Tom was sent to the film’s producer to negotiate so that Johnny could star in the movie.

Of course, any resolution of the problem offered to the Corleone family leads to violence. As happened with the movie producer, where he wakes from sleep covered in blood from the head of his favorite horse comes with a hefty price tag.

Trouble strikes the Corleone family when Solozzo, a drug dealer, offers to work together to protect and share the profits from his drug business.

But Vito refused because the new business was considered dangerous, unlike the gambling and labor organizations they had previously joined. Vito suspects Solozzo’s figure and sends his men to investigate.

Luca Brasi, Vito’s man, is killed by Solozzo and the Tattaglia family. Tom was also kidnapped by them to help them negotiate with Sonny.

Meanwhile, they also shot Vito right in front of his shop leaving him hospitalized in serious condition. The news of the Vito shooting was confusingly read by Michael in a roadside newspaper.

Michael returns to his family home and tries to protect his father, while Sonny is busy plotting revenge. At the hospital, Michael discovers something suspicious because there is no one to take care of his father, his family, and the police.

Arguing with a police captain in front of the hospital, Michael received a punch to the face. Michael, a Marine who just returned from World War II, really doesn’t want to get involved in his family’s activities in the criminal world.

But since this has involved the life of the father he loves so much, he also plans to kill the culprit of various events that have happened to his family recently.

Michael has an encounter with Solozzo and Captain McCluskey, who the policeman hit him in the face. Thanks to the ingenuity of Peter Clemenza, Vito’s subordinate who was a gun expert, who kept the gun in the bathroom, Michael was able to shoot these two guys.

After that, Michael was flown to Italy and Tom took care of all the news about the event. A war between 5 mafia families begins, and Vito worries for the safety of his children.

In Italy, Michael married a country girl named Apollonia. Meanwhile, Sonny is always dealing with Carlo, Connie’s husband, who has repeatedly tortured Connie. Once when Sonny went to his sister’s house, he was shot dead by armed groups.

News of Sonny’s death reaches Italy and causes Michael to be forced to move out of the village where he has lived all this time. As they were about to leave, Apollonia, who started the car Michael intended to drive, died instantly as the car exploded. In retaliation, Michael returns to America to reunite with his family.

Vito realizes that the Tattaglia family is not their enemy, but the Barzini family. Michael is then appointed as the new leader and begins to develop business strategies and overcome competition with other mafia families. He plans to start building a casino in Las Vegas as the foundation for his new business.

In 1955, Vito died of a heart attack while playing with his nephew in the yard. One of Vito’s men suggested that Michael meet Barzini.

On the day of his grandson’s baptism, Michael’s men kill all the leaders of the five mafia families, Vito’s traitors, and Carlo for being arrested in connection with Sonny’s murder.

Kay Adams, who was already Michael’s wife, was shocked by Connie’s claim that Michael was involved in all the murders. But Michael denied it. As Kay walked out of the room, Vito’s men kissed Michael’s hand, indicating that he had been appointed as the new “Don” in place of his father.

Italian immigrant families in America, especially in New York, are known as the mafia. The story of The Godfather is also inspired by them and is considered by the mafia family to be very close to reality.

So Mario Puzo, as the author of the novel and the screenplay for the film, asked the studio to choose an Italian-born director to properly maintain the Italian tradition.

After 12 directors refused to direct the film, Francis Ford Coppola accepted the offer after previously turning it down. But he withdrew his refusal and accepted the project at the request of his family, who were struggling financially after Coppola’s last film failed in the market. Coppola began the project with a debate about the film’s setting with its producers.

Coppola wanted the setting to stay true to the novel’s content without making it more modern, but this would increase the production budget. Despite this, the studio and producers agreed to Coppola’s request, which completed filming a week earlier than scheduled in New York City and Sicily, Italy.

The manuscript written by Puzo and Coppola was opposed by Joseph Colombo, the head of an Italian-American organization and the leader of the original mafia that was in power in New York at the time. 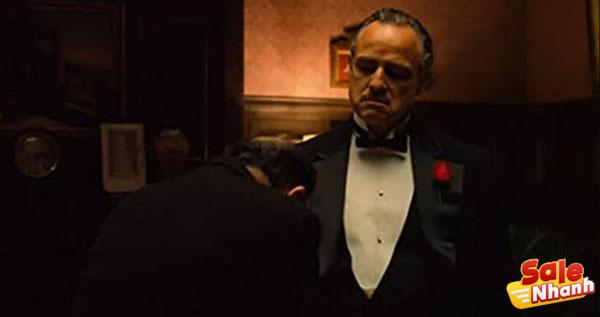 The best mafia movie of all time

It would be difficult to classify The Godfather as an all-time mafia movie. Coppola’s film director details have their own qualities that no other director can seem to be able to express better. Even this movie is still a benchmark for other filmmakers when they want to make movies with mafia themes.

At the Oscars, The Godfather was nominated in 9 categories and really succeeded in 3 categories with many breakdowns surrounding the implementation.

At least three incidents, such as Nino Rota’s withdrawal of his nomination in the Best Original Score category, turned out to be hampered by originality because it was in the same tone as his own work in Fortunella [1958 ].

Then, Marlon Brando, who was crowned Best Actor, refused to accept the Oscar on the grounds that Hollywood discriminates against Indians over negative roles in movies and TV series. long episode. Brando sent activists from among the Indians to the podium and presented his reasons for refusing the Oscars.

Later, Al Pacino also boycotted the event because he felt that the festival judges would disparage him for placing him in the nomination for Best Supporting Actor.

In fact, Pacino feels like he’s appeared in more screen time than Marlon Brando, who is in the Best Actor category, and he feels he should have received the Academy Award for Best Actor. the best at that time.

The Godfather, which was originally just a small project by Paramount Pictures, with minimal budget, relatively young director, young actors, and an older actor whose stars at the time had faded, it turned out. It’s one of the best movies they’ve ever made.

The careers of Al Pacino and his friends immediately skyrocketed, Marlon Brando’s declining career was saved by this movie.

With a realistic and binding story with a solid story foundation, detailed direction and maintained rhythm from the director, captivating acting from the cast, winning at many world film awards and high earnings at the box office ladder, enough to make The Godfather one of the must-see films.

It feels special when you re-watch The Godfather on Netflix, especially when it comes with two complete sequels presented for us to watch in a marathon.

Of course, our eyes won’t leave staring at the screen and keep us from moving from our seats. Relive the awesomeness of this super rated series on Netflix now!