Rejected, Giorgiana eventually broke up with Greg. She later admitted that she was carrying a child. But she admitted that the child was due to his relationship with Greg and not with her husband. Giorgiana became addicted to alcohol and found ways to bond with Greg.

Giorgiana offers William to join Greg. The offer was immediately rejected by William, who did not let his wife go with another man. But what will happen to Giorgiana next? Can she merge with Greg? What about Greg’s political career? The answer can only be obtained after watching the movie, yes.

The English nobility had many different titles. Duchess is a title given to a woman married to a Duke. But life between luxury and prestige, is not always elegant and civilized. That other side is raised in the movie The Duchess.

The Duchess is an adaptation of the biography book by Amanda Foreman Georgiana Cavendish, Duchess of Devonshire. Derived from a true story, the character Georgiana is portrayed as a victim of noble title. What is the full review and summary for The Duchess? Listen here, guys!

Georgiana is a young girl who lives a happy life. She harbors feelings for a man named Charles Greg. The feeling felt by both of them even though neither of them expressed their feelings. When Greg was about to confess his feelings, Giorgina was introduced by her mother to a nobleman.

In 1774, Georgiana married a nobleman named William Cavendish. William, who holds the title of Duke, hopes that his marriage will produce children who will continue his line. Georgiana also married William before she turned 17 and received the title of Duchess of Devonshire. 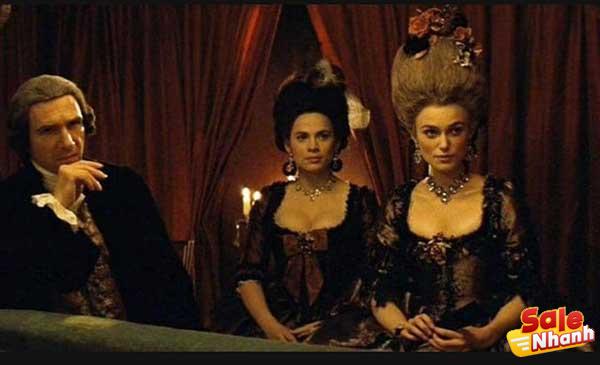 Georgiana and William’s marriage went smoothly until her wife became pregnant. Their relationship begins to run into trouble when a girl named Charlotte moves in and lives with them. It turned out that Charlotte was William’s illegitimate child with another woman. William urges Georgiana to take care of Charlotte to exercise her maternal instincts.

When Georgiana gave birth, William was displeased. William felt that his wife had only succeeded in bearing a child for him but not an heir for him. Because the child was born a girl. He feels that his wife is not performing her duties.

William did not give up and continued to try to have a son. Giorgiana gave birth to three children, but not a son. As a result, William was indifferent to his children. But he treats Giorgiana’s best friend, Lady Bess Foster, differently.

With the excuse of feeling sorry for Bess, William invited her to live with Girogiana. Bess agreed to the invitation. It turns out that William is having an affair with Bess and is slowly discovered by Giorgiana. Bess explained that her action was to reclaim the three children her husband had brought with him.

William began to figure out a strategy to keep his wife from getting involved with Greg. He threatened not to let his wife see his children again if he had an affair. As for Greg, William said he would stand in the way of his move as a politician being eyeed for the position of Prime Minister.

Rejected, Giorgiana eventually broke up with Greg. She later admitted that she was carrying a child. But he admitted that the child was due to his relationship with Greg and not with his husband. Giorgiana became addicted to alcohol and found ways to bond with Greg.

Giorgiana offers William to join Greg. The offer was immediately rejected by William, who did not let his wife go with another man. But what will happen to Giorgiana next? Can he merge with Greg? What about Greg’s political career? The answer can only be obtained after watching the movie, yes.

As a drama, The Duchess tries to portray her character in detail. Personal issues cause the characters to be properly distributed so that everyone can understand their point of view. It does that well by showing the good and bad sides of each character.

For a drama, The Duchess runs at a slow pace. The amount of dialogue between the characters can make some people feel bored. However, if we dig deeper into the story, it is the dialogue that can help us position ourselves in the story. Especially when Giorgiana has to go through many harsh realities that come her way. 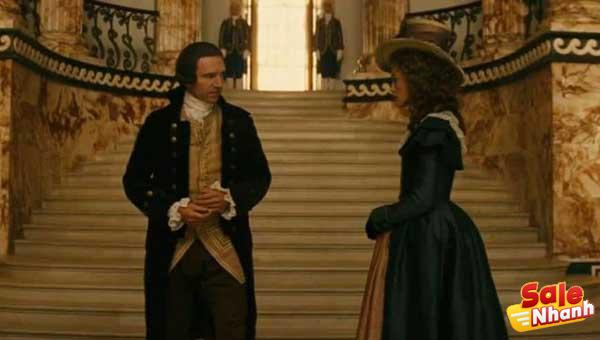 What’s interesting about this Saul Dibb-directed film is the imperfect portrayal of the character. William, who liked to play with women even with Giorgiana’s best friend, looked even more cruel. But Giorgiana herself is presented as she really is. How then she had an affair with Greg and ended up becoming an alcoholic.

There are complications when a movie takes place in the past. Various details must be considered in order for the displayed image to feel realistic and accurate. The Duchess takes place in the 1700s. Not an easy task to show this. Starting from hairstyle, makeup, outfit, room design and other details.

Amazingly, the Duchess has created a beautiful image. Almost all display details look really noticeable. In fact, it was like we were actually transported back in time. It’s no surprise, then, that this film won the Academy Award for Best Costume Design and was nominated for Best Art Direction.

The name Giorgiana or Duchess of Devonshire may not shine brighter than Marie Antoinette. However, the Duchess, who is known for her fashion appearance skills, was able to showcase her talent. With his noble title, he dared to speak up and act for the values ​​of justice that he believes in.

In The Duchess, Giorgiana is played by Keira Knightley. Keira is not a newcomer to roles in 18th century nuanced films. But you can tell that through this film, Keira delivered one of her best performances. As Giorgiana, she may look fragile but on the other hand seems tough enough to fight in her own way.

At the beginning of the film, we will witness the appearance of Keira as a charming and vulnerable character. Being deceived, threatened by his children to separate, until he was exiled, he also had to go through. But from mid to late, he is presented as a humanist character who also has flaws. Adultery with first love and alcoholism are examples. 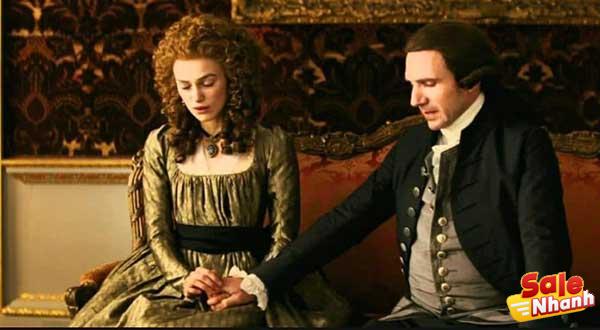 For a biopic, the Duchess tries to be neutral in her portrayal of Giorgiana as its central character. Nothing is hidden or the impression is too good. Also, the message from the books about a woman’s toughness and how a title can’t buy the happiness of honor can also be conveyed well.

This movie may not be the typical movie that makes you cry. Maybe you will be moved by the fate that has befallen Giorgiana. His resistance to everything that happens to him can be an inspiration. But not everyone can watch this movie because there are some scenes that are not suitable for people under age to watch.

If you want to see what the aristocracy’s life was like in the past, you can’t miss this movie. There were many movies envisioned at that time, this one is arguably one of the best. Interested in watching? Don’t hesitate to share your opinion in the comment column then, friends!