If you are having a tiring week at work or are looking for a movie that is funny and can make you laugh, the animated movie The Bad Guys could be one of the great choices for you.

Although this movie is animated and intended for children, it is entertaining and will make you laugh out loud thanks to its simple yet interesting plot. Let’s review the movie Salenhanh to learn about this movie

Synopsis of the movie The Bad Guys

The Bad Guys follows a group of criminals who terrorize the city. These include Wolf, Snake, Piranha, Shark and Tarantula are so famous in the city for the evil things they have done that everyone runs away as soon as they see them

The taste of this group of robbers is to rob banks. However, once, they wanted to steal something bigger, the Golden Dolphin trophy. The trophy will go to the most beautiful man in town, Professor Marmalade, a Dutch rat. Wanting to place a bigger bet, Wolf and his team began planning to steal the trophy instead of the usual bank robbers.

That simple plan eventually turned complicated and the group was caught by the police. Instead of being imprisoned, Professor Marmalade makes them the subject of an experimental project about how bad people aren’t always bad. They can become good and useful to society. 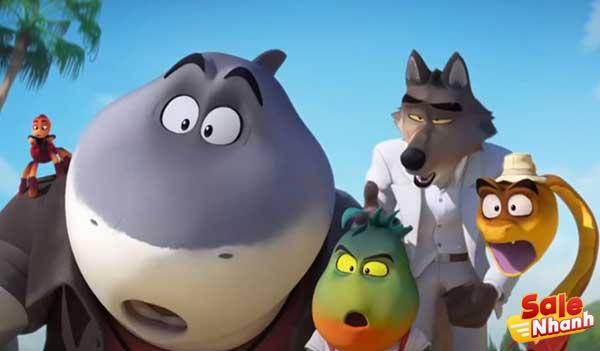 The chase scene between the Wolf gang and the police is one of the most exciting action scenes in this movie and it will surely make you laugh. Besides that, their efforts to be good people so they don’t end up in prison are equally hilarious.

But, all in all, this movie teaches a lot about life. Presented in a light and entertaining way, The Bad Guys will make you question yourself. Would you change or stay the way you are just because of your credibility and what people think of you? Is it difficult to go from a bad person to a good person? 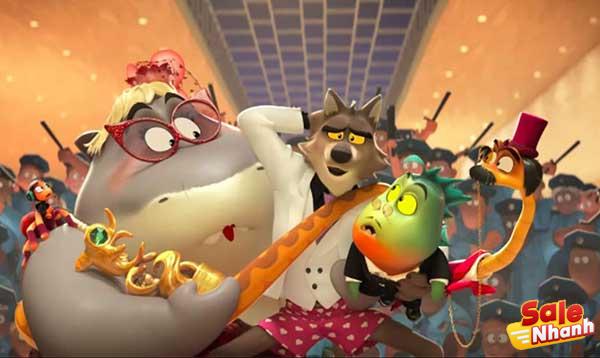 This film also raises the theme of friendship. Loyalty between friends is also an issue here. This film shows that differences within a group are not necessarily a dividing point, but become a force that can benefit everyone.

The animation style of this movie is also different. Despite being aquatic creatures, sharks and piranhas do not have shiny skin like most fish. Their skin looks soft and smooth like velvet. Likewise with Snake. The skin may change, but the skin remains as smooth as velvet, without shine.

Also, the weird thing here is that not all of the characters in this movie are talking animals. In fact, the animals in this movie can be counted on the fingers of one hand. The rest are completely human. This movie stars animals other than the Bad Guys gang, Marmalade, and her mayor is a fox. The animal was a Dutch rat, the subject of the experiments as well as a cat. However, these guinea pigs and cats cannot talk and still act like animals in general. 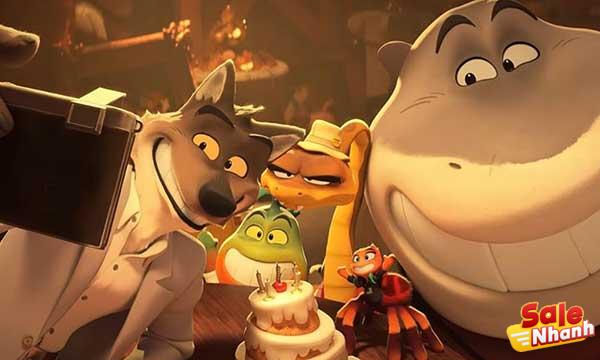 In addition to the characters of these animals, the human character is no less ridiculous. One of them is the sheriff, Luggins. This sheriff is always determined to catch Wolf’s gang. For him, arresting Wolf and his associates is not just a police duty, but has become his personal mission.

The Bad Guys is full of funny scenes, engaging but also full of meaning. This drama will make the audience question the meaning of friendship and identity. Everything is brought to the screen in a light and interesting way.