Terrifier 2 is a murder thriller film by Damien Leone, released independently by Bloody Disgusting on October 6, 2022. As a sequel to the first film, Terrifier (2016), this film continues the horror of Art the Clown in County Miles on Halloween night.

Shown better than the first movie in every way, will Art the Clown become the next horror icon? Check out the following review that will give an in-depth review of one of the best indie films of 2022.

Revived by a supernatural force, Art the Clown kills the coroner. Later, he washes his clothes at a laundromat and meets the ghost of the Pale Girl. Not forgetting, he killed the laundromat before leaving the place.

One year later. Sienna prepares her winged knight costume for Halloween night, while Jonathan suggests her mother wear an Art the Clown costume afterwards. Of course her mother and Sienna refused because it would hurt the families of the victims of last year’s brutal clown massacre.

Sienna had nightmares when she met Art the Clown and woke up when a candle flame burned the wings of her bedroom outfit. At school, Sienna trembles at the news of an attack on Victoria’s host, an Art the Clown survivor with a disfigured face.

Jonathan sees Art the Clown and The Little Girl Pale Girl playing with a dead large squirrel in the school hallway. Jonathan was sent home and punished by the school for being the culprit.

Meanwhile, Sienna is tracked down by Art the Clown in a costume shop. After Sienna left the shop shaken, Art the Clown killed her shop owner. 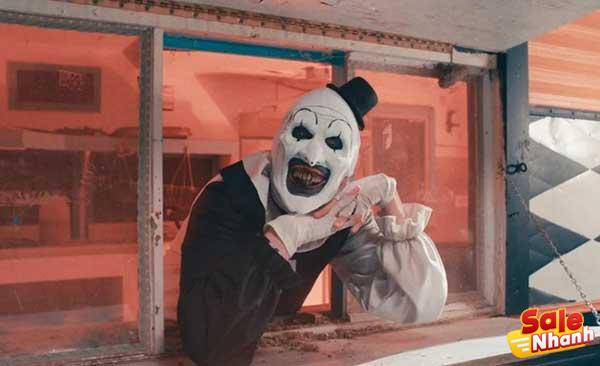 That evening, Art the Clown visits the home of Allie, Sienna’s best friend. He crushed Allie’s body alive. Allie’s mother, who had just returned home, was also a victim of his abuse.

Jonathan showed Sienna a drawing book left by his father, which contained a collection of news stories about the Art the Clown massacre and some sketches of his torture. Sienna goes to a Halloween party with Brooke.

Meanwhile, Barbara, Jonathan’s mother, tears up the drawing book and causes Jonathan to run away from home. Later, Barbara saw her car vandalized and scribbled in the garage. Barbara accuses Jonathan of being the culprit, but it turns out Art the Clown did it all. Then, Art the Clown killed Barbara.

Jonathan, who returns home, is immediately drugged and kidnapped by Art the Clown. Sienna got drunk at the party with Brooke, but her mind couldn’t get over Jonathan running away from home. Receiving a text from Jonathan that he is currently at the old carnival, Sienna and Brooke arrive with her lover.

When Sienna entered the carnival, Brooke and her boyfriend fell victim to Art the Clown. Jonathan tries to find a way out of the Terrorist’s journey and meets Sienna, who is confronting Art the Clown.

Can Sienna defeat Art the Clown, who can’t seem to die? Or will they become his latest victims? The answer lies only at the end of this increasingly tense drama. Don’t move on before the credits are over, because there are still stories that will disturb our sense of security.

Surely many people don’t understand why this sadistic movie became so popular before Halloween 2022. We don’t even know if there is a first part and if Terrorist 2 is a sequel or not. . 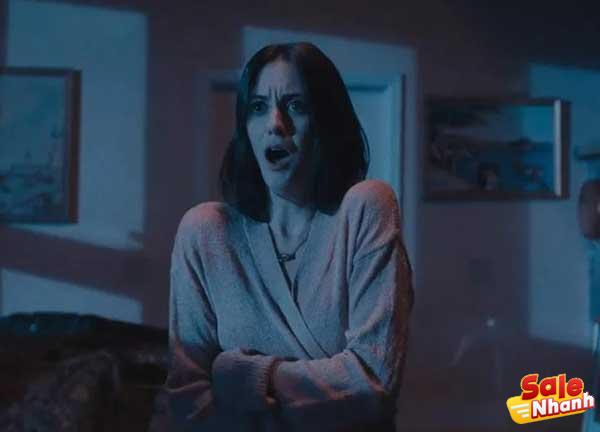 And even less we know that the Art the Clown character has been around since 2013 in the anthology series All Hallow’s Eve. Indeed, this indie film became a phenomenon in 2022.

And the unique thing is, we have to see the first movie first to be able to enjoy this second movie, because there is a very tight tie in the continuity of the story. In terms of quality, it is clear that Terrifier 2 is superior to Terrifier (2016). From color, lighting, camera movement and many other technical aspects are all more neatly arranged.

In this 2 hour 18 minute movie, the plot is actually very simple and not complicated at all. The point is that Art the Clown is looking for a victim on Halloween night that he killed in the most brutal way possible.

Damien Leone seems to have heard various criticisms of the movie The Terrorist being seen as not having a good story and purely having gore scenes.

The main story element really focuses on Art the Clown’s brutality in killing his victims, but Damien Leone also includes other horror elements. Supernatural powers, haunting ghosts, and cannibalism are companion elements that slip between Art the Clown’s frenetic actions.

The main character in Terrifier 2 is Art the Clown played by David Howard Thornton, very funny and scary. This scary clown-looking horror icon never makes a sound, even when he’s injured.

In this low-key cinematography, Art the Clown has plenty of scenes that can be amusing, at least the amusing smiles. One of them was when he followed Sienna in the costume shop.

While Sienna was busy looking for a wallet to pay for at the counter, Art the Clown actually tried on various glasses right behind Sienna.

Every time Sienna looked up, Art the Clown changed his glasses and appeared amused. But of course the comedic scenes aren’t what we’re looking for from this movie, but the Art the Clown sadism we’ve always been waiting for. And especially for the gore scenes in this movie, Damien Leone makes the most of fake dolls and polished editing.

There is a unique story as production is about to begin. To achieve the desired result, Damien Leone donated money for special effects production materials, mainly fake dolls and fake blood.

He only intends to raise $50k through Indiegogo. But instead, he was amazed at the positive response from donors, who ultimately raised $250k. Therefore, we can witness more and more gory sadism scenes in this movie.

For those of you who like to get nauseous with disgusting stuff like this, it’s best to avoid this movie to avoid the bad effects on your physical and mental well-being. But for connoisseurs of murder horror, I think you’ll be happy to see Art the Clown in action in this movie.

There are still many unanswered questions

Damien Leone is smart enough to link these two Terrorist movies in one story. Although production was not ongoing, this second film is the result of the considerable success of the first in the independent cinema sector. 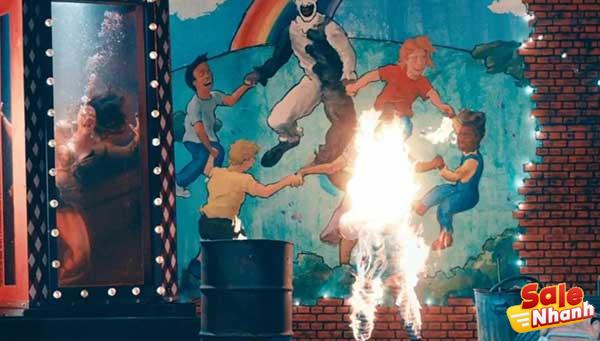 Of course, we will be confused with the character Victoria Hayes, whose name is always mentioned in the film. Please note, he is the main character in the first film and is the sole survivor of the Miles County massacre. But because of the torture that Art the Clown was subjected to, his face was severely disfigured and his mind was also disturbed.

His long-awaited presence is still reflected in the scene in the title credits, where like horror movies in general, the villain cannot die and will come back to life.

But we will be surprised with how his resurrection is extremely irrational and has never been shown in any other movie. To find out, you have to watch this movie first.

Given the neat continuity of the story, that doesn’t mean the script written by Damien Leone is without flaws. In fact, there are so many things that raise question marks and no attempt is made to answer them until the end of the movie. I don’t know if this is an omission or intentional to document the next movie, if any.

There are at least three big unanswered questions in this movie. The first question, of course, is the setting of Art the Clown. Until the end of the story, we are not told anything about him.

What is shown is just sadism. Maybe in the next few movies, Damien Leone will think about making up his origin story.

The second question relates Sienna and Jonathan’s father to Art the Clown’s murder. The story is told subtly through dialogue between Sienna, Jonathan and his mother, as well as a little extra from Brooke.

To summarize, their father became strange by drawing many terrible things, which turned out to be the Art the Clown massacre, after suffering a brain tumor.

He also gathered news from the newspapers about Art the Clown’s activities, including his first victim, a little girl who became the ghost of The Little Pale Girl.

What is clear is that with this power, Art the Clown becomes very strong and difficult to kill. Even after his head was severed by Sienna, in the credits title scene, Art the Clown was revived by this power in a very absurd way.

With a bigger budget, this movie is of course bad news for those who can’t stand the abomination, but it’s actually good news for fans of killer horror.

If you like the action sequences of Leatherface, Jason Vorhees and Michael Meyers, you can add Art the Clown as a new horror icon with a level of masochism far beyond its predecessor.

Dare to see this funny and brutal clown in action? Try to test the strength of your heart before watching it. And try not to eat anything all at once, okay? Like watching.