The events come a few months after thousands became trapped in the VR world of the deadly video game Sword Art Online. Hope is still not lost, since the death of the first boss, a player in a small group has continued to face difficulties.

Go slowly but surely to complete all the obstacles on each floor. Now, they will face a new challenge. Starting from dungeons and more. All of these challenges are inseparable from the threats that could destroy their hard work.

At the 5th floor of Aincrad, after successfully defeating the boss on the 4th floor, Asuna and Kirito prepared to fight the king of that floor again. Along with the DKB and ALS team, the two struggled to take down the boss on the floor.

This time, Asuna continued her journey and fought there with Kirito. They also get help from a female informant, Argo. As soon as DKB and ALS finished their strategy, Kirito, Asuna and two large groups rushed towards the boss on the fifth floor.

The DKB and ALS team take turns attacking the boss on that floor. However, between the two groups, a fight broke out. The leader of ALS, Kibaou, feels that DKB wants to win the war on its own, so their group wants to sabotage it.

However, during the struggle, the water suddenly overflowed, causing everyone on the floor to almost drown. But, thanks to Kirito’s signal, Argo quickly opened the door on the fifth floor, freeing them from the sudden influx of water. 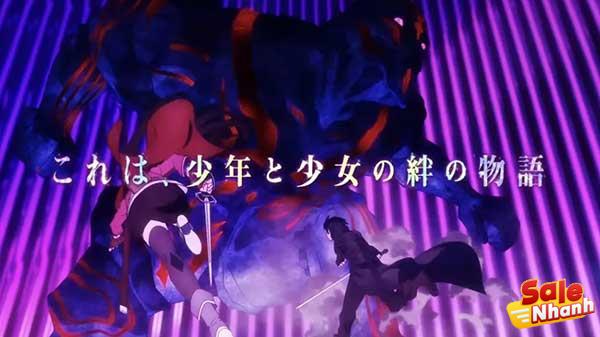 It didn’t take long for Kirito and Asuna to advance together and successfully defeat the boss, whose HP was almost nonexistent. After that, Asuna, Kirito and Argo all celebrated their success.

They also chatted in the restaurant on the main floor of the fifth floor. And after Argo leaves, Kirito tells Asuna about the game’s rewards that make hunting for relics, including jewels, easier.

Asuna wanted to catch up to Kirito, who had entered the dungeon. However, he had lost track of Kirito, so he was now walking alone in the dungeon.

Unfortunately, Asuna even lost her rapier as it was stolen by a thief. The frightened Asuna tried to calm down and tried to overcome her fear. He then tries to perform some tricks to lure the thief of his sword, in hopes of getting his sword back.

After killing several monster thieves, Asuna still couldn’t find her sword. Just as she was about to search for another item, Asuna found a note with coordinates on the floor she was on.

Curious, Asuna followed the coordinates and hid in a corner of the floor. And just then, two men appear planning to wreak havoc on New Year’s Eve. The goal is to put the two guilds at odds with each other.

While seriously listening to the two men’s conversation, Asuna lost her balance and was about to be discovered. Confused, Asuna threw another bait to attract the monsters to steal.

The situation became tense, Asuna wanted to get her sword back. She then let out a shrill scream that shocked the two men, giving Asuna a chance to snatch her sword again.

However, the two men couldn’t accept that and prepared to attack Asuna. Before the fight started, Kirito appeared dragging Asuna and hiding in a rock. As the monsters were attracted by Asuna’s shout, the two robed men then ran away for fear of being outnumbered.

Immediately after that incident, Asuna and Kirito reunited with Argo. Argo said that the boss on the next floor was different from the beta, so he decided to investigate.

Now, there is a rather urgent matter that must be addressed immediately. Chances are, if not handled immediately, the two big guilds DKB and ALS can go to war with each other.

On the other hand, a mysterious figure is watching them in the dark. Now, in addition to dangerous battles, Asuna and Kirito face other equally dangerous threats.

Sword Art Online Progressive is a reboot of the author’s series taken from the 4th volume of the Aincrad storyline novel series. And I highly recommend watching the first part of the series, Sword Art Online: -Progressive- Aria of a Starless Night. 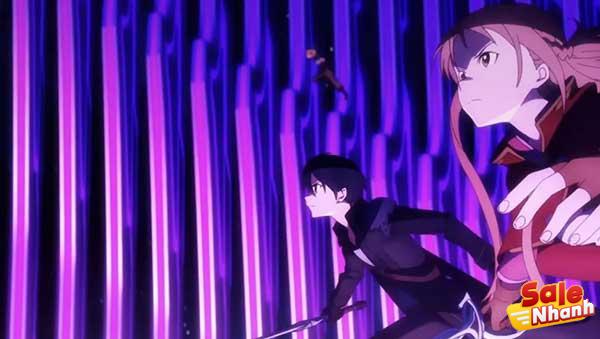 Even more if you’re not following the series. Chances are you’ll be very confused with the plot of this movie, because the plot actually continues the story after the first movie.

All in all, this movie tells the story of the main characters, Kirito and Asuna. These two main characters are currently on the 5th floor, where they have to face the next monster boss.

The two monster bosses told in this movie have great power so it takes skill, strategy and good teamwork.

In addition to the stories about defeating the bosses, it also tells about other threats, that is, the threat of fighting between players provoked by some people. At the end of the story there is also a mysterious character threatening Kirito and Asuna.

Overall, the threats that Kirito and Asuna faced were quite formidable. In 100 minutes, the story line is quite slow. However, the story is presented in full detail. Unfortunately, I can’t compare this movie with the novel or anime versions, because I don’t follow either.

In terms of visuals and cinematography, this film has been described very well. During the battle, you will enjoy a visual item that pleases your eyes. The wallpaper is even alive with colorful, smooth and dynamic animations. 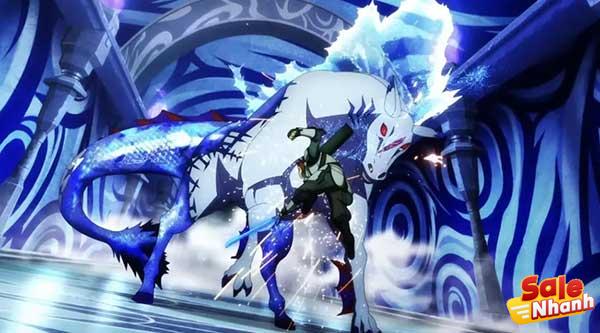 Although the battle scenes are quite intense, the image is delicately portrayed. The CGI effect when hitting the boss is also well done. The combination of pictures and music can be spelled out just right.

At the end of the story, this movie feels very “bearable”. Especially in the last few minutes, a mysterious character appears whose real face is not revealed, so in my opinion this movie ends with an open ending.

Because of this, I think it’s very possible to remake a sequel, although it’s still unclear if a sequel will actually be made. 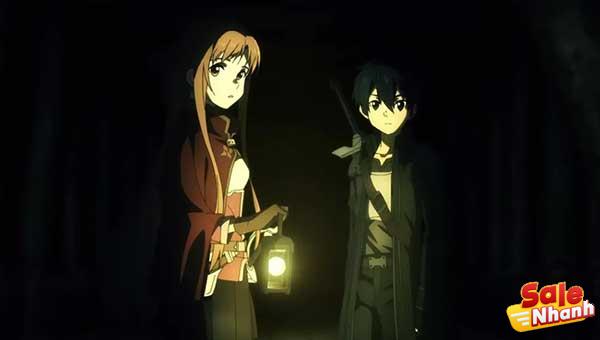 And overall, this movie is a movie that is not too good and not too bad either. However, Sword Art Online fans will probably really enjoy this movie.

For Sword Art Online fans, don’t miss this movie. Especially if you want to see your favorite character return to adventure and fight with their stunning moves.