Gene Roddenberry, known as a legendary figure as well as an extraordinary writer in the field of science fiction of the 60s era. Star Trek is Roddenberry’s work that fans have never stopped for. till now. Until 2009, J. J Abrams returned to Star Trek with a more modern packaging. Of course, this film attracts young people’s attention to movies that have been around since 1966.

For die-hard Star Trek fans, the presence of the franchise made by JJ Abrams CS has received both pros and cons. For movie connoisseurs in the modern era, this latest Star Trek can be seen as a refreshing concept and not possible from the Star Trek era of duo Leonard Nimoy and William Shatner.

Meanwhile, according to the cons, it is possible that the idea of ​​Star Trek (2009) has eliminated the essence of a galactic adventure story full of philosophical and scientific significance. Also, JJ Abrams’ Star Trek deserves a lot of credit, because Abrams was able to make this new Star Trek packaging inseparable from existing stories in the ’60s era.

Here is the film synopsis and review by director JJ Abrams, which has been successfully read and summed up for you!

In the year 2233, the federal ship USS Kelvin investigates a storm in the galaxy. Narada, a Romulan ship, suddenly attacked the USS Kelvin. The captain of the USS Kelvin, Robau, dismounted and confronted Narada crew member Ayel and Narada Commander Nero.

Intent to negotiate, Captain Robau was even asked about Ambassador Spock, which he did not know. Nero finally kills Captain Robau. Meanwhile, George Kirk, appointed to replace the USS Kelvin, ordered the crew to evacuate. Including the evacuation of his pregnant wife, Winona Kirk. 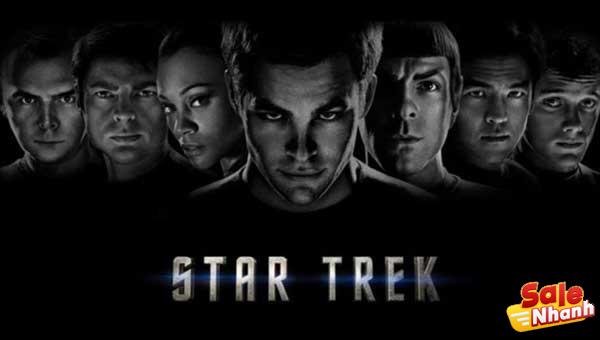 Unfortunately, in his third year, Kirk took the Kobayashi Maru simulation test and was eventually charged with cheating. The charges were leveled by Spock, which also resulted in Kirk being dismissed indefinitely.

During the test, Starfleet received a distress signal from Vulcan. This causes all members of Starfleet to be on duty except for Kirk. However, because Bones couldn’t see that Kirk wasn’t involved in the mission, Bones ended up acting stealthily so he could carry out the mission by taking Kirk to the USS Enterprise.

Realizing the signal in this part of Vulcan was due to a thunderstorm like the time Kirk was born, Kirk ignores protocol and convinces Captain Pike that the signal is a trap. Sure enough, after Starfleet’s arrival, they were attacked by the Narada ship and they also tried to dig up Vulcan’s core so that they could drop the “red substance” capable of killing Vulcan instantly.

While the Starfleet crew including Kirk are preventing the Romulans from destroying Vulcan, Spock descends to save the Vulcan councilors including Sarek, his father and mother. Unfortunately, during the transportation, his mother was unable to move because she fell off the cliff where she was standing.

The mission to rescue the Vulcans is completed, but Spock and Kirk get into a big fight and Kirk is kicked off the USS Enterprise. Kirk’s entanglement leads him to meet a future version of Spock.

Spock from the future explains that he and Nero are characters from the 2387 timeline. This war is because Romulus is threatened by the presence of a Supernova, and Spock intends to stop the Supernova. by creating a black hole derived from “red matter”. “.

Unfortunately, this plan actually destroyed Romulus, including Nero’s family. Meanwhile, the ship Narada and the ship that Spock uses are trapped in a black hole.

Narada and Spock’s ship getting caught in a trap sends them back in time. Narada was freed from the black hole first, then Spock was freed. Spock realized he was stuck in the time zone 25 years ago.

In this time zone, Nero and Narada’s crew attacked the USS Kelvin and killed Jim Kirk’s father. This event also causes future events to change and create a parallel universe.

After this encounter, future Spock asks Kirk to return to the Enterprise, forcing Spock to admit that he is emotionally disturbed. In addition to reflecting his own feelings, it helped that Spock wanted to give Kirk the opportunity to lead the Enterprise.

Aided by Montgomery Scott, Kirk returned to the Enterprise on a vehicle. Spock’s plan from the future is successfully executed by Kirk. Spock also admitted his emotional breakdown.

Then with its successful strategy, will Enterprise succeed in defeating Nero and the Narada gang? Then, does the past Spock finally find out that he left the captain’s seat because of the future Spock’s hand?

Not a 60s Star Trek Remake

The idea of ​​creating a parallel universe plot is really a great idea to create a new storyline with original characters. In this case, the idea from JJ Abrams deserves appreciation. 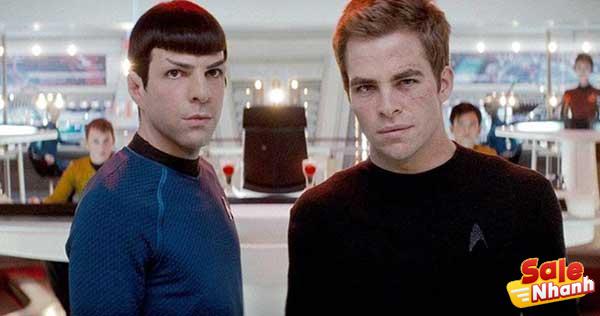 While there’s a parallel universe reason, like it or not, this has Original Star Trek lovers biting their fingers. The reason is, this gives freedom to whoever will write the story. In this film, Roberto Orci, Alex Kurtzman, and of course, JJ Abrams, use the time travel plot to create a story that is “safe” and spacious to allow for sequels.

With a fresher way of packaging the story and images, this story is more easily accepted by the younger generation. Not only that, but with a very modern soundtrack, Orci, Kurtzman, and Abrams have captivated Star Trek fans reminiscing about their favorite sci-fi series.

Even the younger generation who hasn’t grown up with Star Trek can enjoy this movie without feeling weird watching the old TV shows. The reason is, the cinematography provided by Abrams is pretty neat. In fact, the design of the USS Enterprise in Star Trek feels more alive.

Starring The Real Trekkie and Spock in the 60s

Who would have thought that this new Star Trek movie project would be a trekkie’s dream (as the name given to Star Trek fans), including the ratings of the stars in this movie. Call it Zachary Quinto (Spock), Zoe Saldana (Uhura), Karl Urban (Bones), Simon Pegg (Scotty), and Eric Bana (Nero), they’re stars who turn out to be backpackers.

Not surprisingly, these roles have become the subject of many stars’ controversy, even Adrien Brody – the actor who won an Oscar for his performance in The Pianist – is also competing for the role of Spock. The return of the Star Trek series is a new chapter for walkers and hikers. 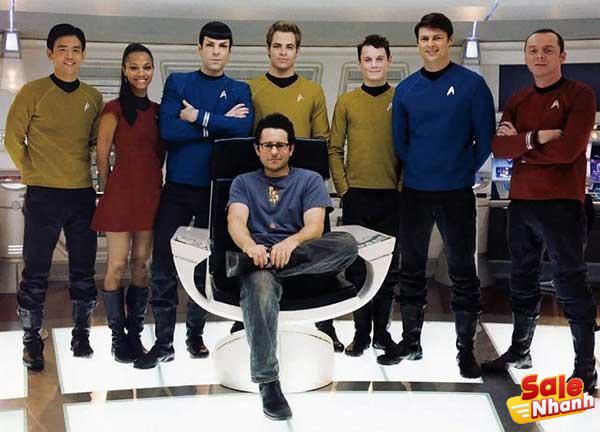 In addition, the return of Leonard Nimoy as Spock is also an event that marks the return of Star Trek in a new era. Leonard Nimoy’s version of Spock doesn’t interfere with the characterization that Nimoy has done so far, because he also played Spock in the 60s. This is also one of the things that makes trekkie nostalgic about the series Original Star Trek in 1966.

Not due to the visual effects given, of course the plot is not the same as in the classic Star Trek. It could even be said that Star Trek (2009) is a much more Hollywood-style galactic adventure than the original. So what do you think? Is the 2009 version of Star Trek worth watching?