Silverton Siege (Siege of the Bank) is an action thriller film inspired by the real life event that sparked the Free Mandela movement around the world.

The series, which airs on Netflix from April 27, is set in 1980 and focuses on three black justice warriors performing different missions as a form of rejection of the rules that are not favorable to the public. black people. Not only that, this film is also made by a famous South African director named Mandla Dube. 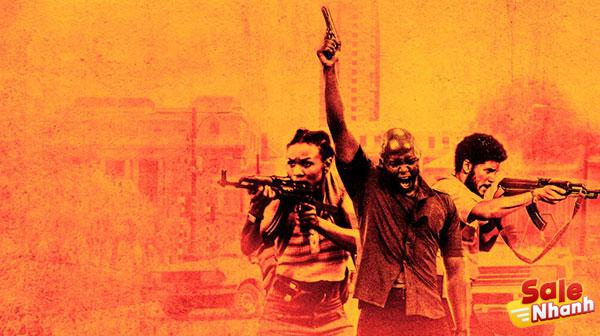 Let’s review the movie Salenhanh to learn a little about the content of the movie Silverton Siege (Bank Siege) !

Calvin Khumalo (Rametsi) and three of his friends join a group of fighters against apartheid in South Africa in 1980. Calvin and his team attempt to blow up the power plant they have planned. . 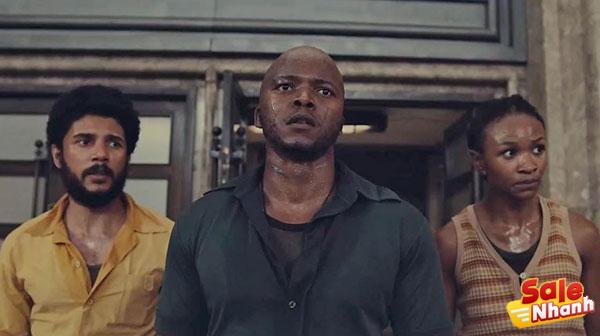 When they arrived at the location, their plan was somehow discovered by the police. They also fled the police until they were cornered in a bank office. They then took control of the bank along with dozens of employees and customers so they could negotiate with the police.

In the midst of a difficult situation, Calvin also took advantage of the situation for the political benefit of his group, specifically demanding the release of Nelson Mandela in exchange for the freedom of all employees and customers who are being held as children. believe. So is what they do right? What will happen next and will the innocent victims at the bank escape the scythe of death? Let’s watch on netflix to get the most accurate answer.

Review of the movie Siege of the Bank (Silverton Siege)

Not only is the story outstanding, but it also contains many humanistic meanings for viewers through unique movie scenes. Opening with a light-hearted tune with a luxurious sense of “humor”, this film is able to present violent acts here and there without showing any brutal side. 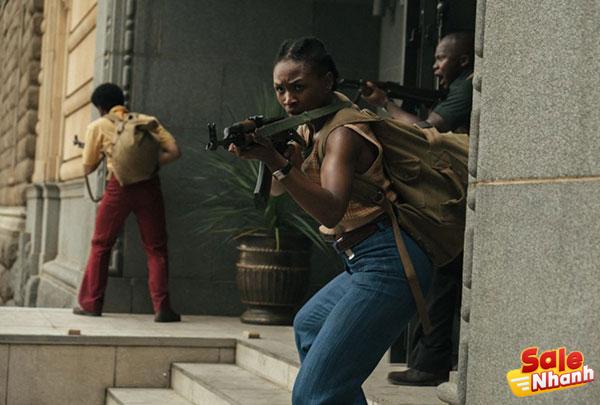 Compare it to Hotel Mumbai, which from start to finish showcases relentless acts of brutal violence that cause tension and trigger the audience’s adrenaline. Silverton, on the other hand, combines it with the filmmaker’s unique touch style so that the film’s violent actions look “smooth,” through the camera angles and movements, editing, and tone of the people. in the picture, to his spontaneous dialogue.

We don’t really feel the realistic approach often used in a typical type of plot. In particular, although the plot is fast-paced and has almost no pause, the story is told with almost no significant tension. 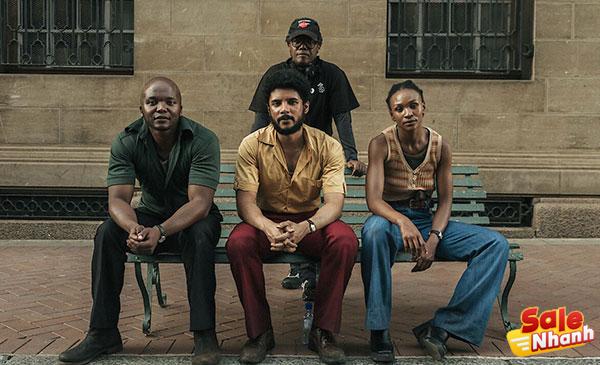 This movie doesn’t look like an action thriller but a TV series. The plot, the effect makes us completely sympathize with the main character. Slowly but surely, the direction of the story begins to reveal its true face. It seems that the filmmaker does not want to give a brutal impression to his story that carries a strong message of peace and freedom. Through his sophisticated aesthetic and supported by a stellar cast, the filmmaker is able to create an exceptional “classic”.

With a solid script, light-hearted style and expressive looks of a great main cast, Silverton Siege was unexpectedly able to deliver his big message in a moving and classy way.

The film is almost perfect with the biggest weakness being that the script doesn’t match the plot. Obviously this isn’t an issue and the movie doesn’t go in that direction. The Silverton Siege is a prime example of how this medium can effectively and wonderfully entertain audiences and have valuable lessons about the dark side of humanity that still persist to this day.

Is it necessary for anarchist action to speak up for freedom? History has the answer. To quote wise words from the film: What is the price of freedom? Please watch the movie The Siege of the Bank (Silverton Siege) to get the most accurate answer with Salenhanh.com.