How does it feel when we suddenly go blind and lose our sight? Everything is dark and we will never know who or what is near us. This kind of terror was experienced by Ellen, the main character in the movie Sightless.

How did Ellen live her sudden dark days after her eyes were attacked and left her blind? You can see the whole story in a movie called Sightless. Here is the review and summary!

Sightless tells the story of a violinist named Ellen Ashland who becomes blind after she is attacked by a stranger.

At the hospital, Ellen was treated by doctors and also a male nurse named Omar. Ellen’s brother, who was in Japan at the time, entrusted Ellen to a private nurse named Clayton.

Clayton took Ellen to an apartment he said was at the behest of her brother Ellen. Meanwhile, Detective Bryce is solving Ellen’s case.

At the new apartment, Clayton takes care of and teaches Ellen to get used to her new life. Clayton also explains all the details of the room so Ellen doesn’t feel like she’s losing her sight.

Ellen started living a new life in the apartment with all the noise from the traffic below and the wind blowing from the balcony. Moments later, Ellen heard an argument between a man and a woman that she thought was coming from the apartment next door. He dared to send a message back to his room.

The woman in the next room, who turned out to be Lana, then approached Ellen. Ellen could sense Lana being pressured and tortured, but Lana evaded and avoided Ellen as if she was hiding something. 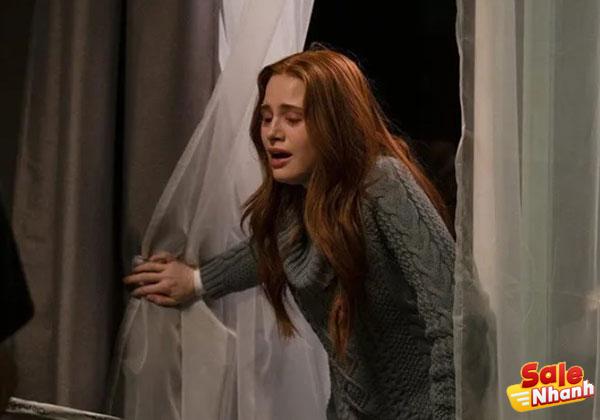 Ellen tells Clayton everything she believes. But Clayton said that the Lana and his wife were just arguing and Ellen didn’t need to worry.

Ellen became increasingly paranoid. She often feels that Lana’s husband is terrorizing her because he wants to help Lana. One night, Ellen also felt that someone had entered the room to kill her.

Detective Bryce says that all of Ellen’s paranoia stem from her perception. Feeling that no one believes her, Ellen decides to jump to her death from her bedroom balcony.

But instead of dying, Ellen actually fell in a soundproof room like a studio. Ellen also realizes that her apartment is fake.

All he could hear was the traffic noise from the loudspeaker playing the recording. Likewise, the wind blowing really only comes from the blower.

Ellen went back upstairs and began to investigate what had happened. When Clayton arrived, Ellen realized that Clayton had played all the people he had met so far.

Clayton impersonated the doctor, nurse Omar, Lana’s husband, and even Detective Bryce. When given the opportunity, Ellen hit Clayton in the head until he passed out.

Lana then goes to see him. Ellen eventually finds out that Lana is Clayton’s sister and that this is their home. Ellen asks Lana out, but Lana fearfully refuses.

Lana told a ventilation shaft that could be Ellen’s way out. Ellen finds the hole and she smells a liquid that smells similar to the one that has been sprayed into her eye causing her to go blind. Ellen also realizes that it was Clayton who blindly attacked her.

Clayton wakes up and catches Ellen. He also revealed that his youth was desperate when his mother passed away and his father locked him up.

Lana, the younger sister, then often plays Ellen’s music, which makes her obsessed with Ellen. An enraged Ellen then sprayed the liquid she found into Clayton’s eyes, causing him pain.

After Clayton went unnoticed, Lana led Ellen out of the house. Ellen returned to live the life of a violinist and returned to her performances.

Don’t believe the pictures you see!

This 89-minute film has a pretty unique visual concept as it can change according to perception and what the main character, Ellen, believes in. For example, when Clayton brought a green bird and he told Ellen if it was light blue the bird would turn light blue.

The same goes for the people who come to Ellen’s apartment. For example, when Ellen thinks it’s Clayton, we as the audience see Clayton on screen. But when Ellen realizes that Lana’s own husband has arrived, Clayton will suddenly transform into Lana’s husband. 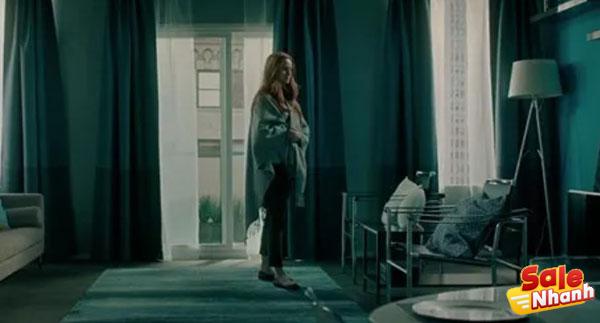 As the audience, it’s as if we’re going to follow the perception Ellen has in mind. So, do not immediately believe the images shown in this movie before our main character knows the truth.

Along with the cinematography that tends to be dark, the concept makes the film even more intense with a horror that we can also feel.

The plot only struggles in one place

From the beginning to the end of this Sightless movie, we will only see the story take place in one place, which is Ellen’s apartment. This makes us feel what it’s like to be Ellen, who is confined to one place.

However, even with a single location setting, the movie Sightless can still present an interesting plot with conflicts that escalate gradually until we see a rather interesting episode.

Just like Ellen, we will only know what happened when Ellen’s perception knows what really happened.

The main character in this film, Ellen Ashland, is said to be blind from the beginning of the film. The character Ellen is played by actress Madelaine Petsch. Of course, it’s not easy to play a blind person, but it can be said that Madelaine Petsch has played the role of the blind woman Ellen quite well. 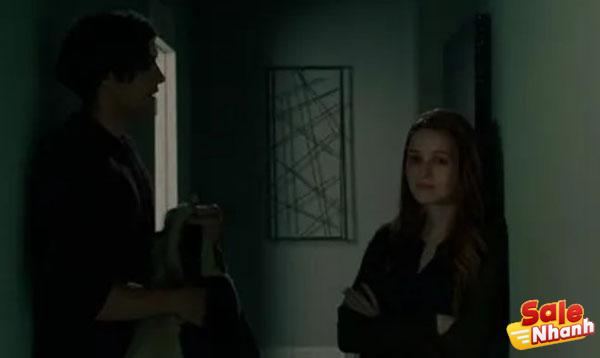 Madelaine plays the character Ellen so well that we as viewers will also empathize with Ellen, a famous violinist suddenly deprived of her life.

In addition to playing a blind person, Madelaine was able to convey the fear and despair that Ellen’s character went through through her acting.

That’s the review and synopsis of the movie Sightless, a thriller that tells the story of a blind woman who is caught by a bad guy and pretends to fight for him. Imagine if Ellen Ashland were us, how would we feel? Let me know in the comment column!