The Japanese government has set up a team called SSSP. The team was formed due to the appearance of giant, ferocious monsters known as Species S. And SSSP members were ordered to research and find a way to defeat these monsters.

However, while the SSSP members were researching monster attacks, they were surprised by the appearance of a new giant they named Ultraman. However, they don’t know why Ultraman is helping humanity, and Ultraman’s goal remains unknown.

And even more strangely, what is the relationship between Ultraman and veteran SSSP member Shinji Kaminaga? To unravel this mystery, let’s follow the following Shin Ultraman movie review reading.

Synopsis of the movie Shin Ultraman

Unfortunately, conventional weapons have no effect on these monsters. The obstacles caused by these monsters led the Japanese government to set up a countermeasure agency called the SSSP.

Now the five of them must face the arrival of a new monster named Neronga. The SSSP members moved as fast as they could to evacuate the inhabitants near the monsters.

At the same time, they also continue to research the ability of the monster Neronga and find a way to defeat it. But when the SSSP members were almost overwhelmed, another giant creature suddenly appeared to help humanity and defeat the monsters. 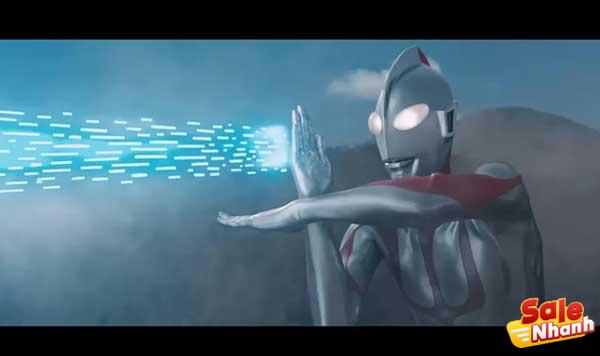 The giant creature believed to be an alien is now nicknamed Ultraman. Unfortunately at the time of his appearance, Ultraman accidentally kills Kaminaga Shinji, a member of the SSSP.

Ultraman also took over Kaminaga Shinji’s body and lived his days as ‘Shinji’ who was cooler than usual.

The next day, a new monster named Gabora reappears. He is a monster that can absorb electrical energy. To prevent further damage, Ultraman reappears and kills him.

A few days later, a new alien appeared claiming to be Zarab. These aliens can communicate in human languages. Zarab then indicates his intention and purpose of coming to earth.

Then, he invited the Japanese Government to sign the cooperation agreement. However, it turns out that Zarab is just trying to rule the earth alone.

Later, Zarab kidnaps “Shinji” and disguises himself as Ultraman to ruin his image in the public eye. The incident went viral, then revealed the secret of Shinji’s true identity. The secret is revealed by Asami, who then asks Shinji’s true whereabouts.

After being helped by Asami, “Shinji” transforms into Ultraman. However, this time it was Asami who was caught by Zarab. Ultraman also managed to save Asami from Zarab, removing Zarab’s disguise and defeating him with the Ultra Slash technique.

Shortly after Asami was released, Asami was transformed into a giant figure by an alien named Mefilas. Mefilas has a goal of bonding with humanity. However, Ultraman learns that the Beta Capsule owned by Mefilas and provided to the Japanese government can turn human DNA into monsters.

Afterwards, the SSSP members were gathered underground by ‘Shinji’. They hatch a plan to take over Mefilas’ Beta Capsule and stop it. Ultraman then appeared and fought Mefilas, who had transformed into his true form. But, Zoffy’s appearance scared Mefilas and ran away from Earth.

Ultraman encounters Zoffy in the forest near the body of Shinji, who has lost his life. Zoffy says that Ultraman must be punished for breaking the rules of Star Light Outer Space. Zoffy then awakens the Zetton weapon of mass destruction to destroy humanity.

Will Ultraman be able to prevent Zetton from activating? And can SSSP members help Ultraman stop this tool that destroys humanity?

This film is a remake produced by Toho Studios and Cine Bazar. Shin Ultraman is the 37th Ultraman franchise film adapted and remade by Hideaki Anno and Shinji Higuchi.

This movie was released after the movie Shin Godzilla, followed by another remake, Shin Kamen Rider in 2023. 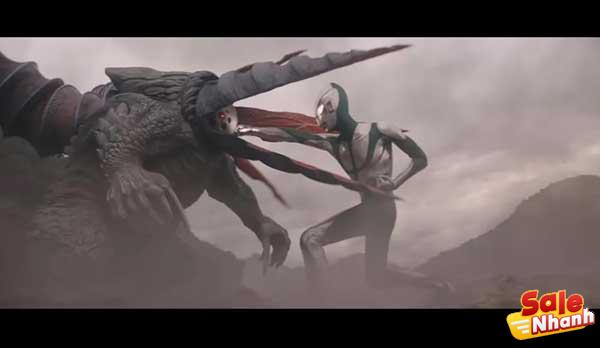 This reimagined film makes me quite nostalgic for Japanese tokusatsu movies. Of course, for fans of tokusatsu movies, especially Ultraman, this movie is definitely something to look forward to. Especially when you see his unique fighting style when fighting giant monsters that appear and mess with humans.

The story concept remains the same as other Ultraman movies or series. Such as the scene of the Japanese government panicking when monsters appeared, a special team to deal with the appearance of monsters and of course the sudden appearance of Ultraman to save humanity from monsters.

This 112-minute film uses CGI effects to make the movie more interesting. Especially in the part where the giant appeared and the battle between Ultraman and the monsters.

Overall, this movie has better visuals and cinematography than previous movies. Unfortunately, in my opinion, the CGI effect still looks uneven and looks less smooth in some scenes.

As in some scenes about the appearance of monsters and Ultraman fighting against monsters. Then there are also some wallpapers that look less smooth. Even so, this movie is still quite interesting.

The film was created by director Hideaki Anno, as a tribute to the original Ultraman series. Moreover, this movie is a love letter from the director to Ultraman fans. 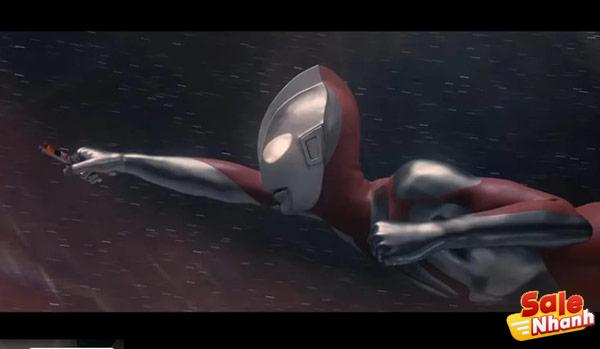 This film also made some adjustments, starting from the concept of modern times and the use of visual effects. Instead of a disaster, Hideaki Anno places more emphasis on the invasion that the Japanese are now worried about.

In my opinion, some of the missing points in this movie are when there is a possibility of romantic scenes of the main characters. Then there are jokes that only Ultraman fans will understand and the visual effects are not evenly distributed in some scenes.