See for me movie review

See for Me premiered at the Tribeca Film Festival in 2021. The film was actually scheduled to be released in 2020, but the COVID-19 pandemic had to postpone it until 2022. With a rather short duration of 92 minutes, the suspense film really spoils horror movie lovers. 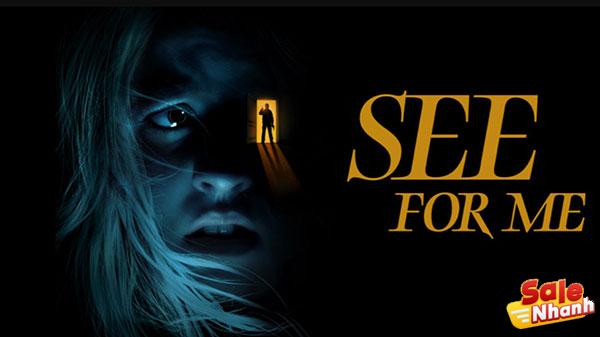 Synopsis of the movie See for me

Sophie Scott (Skyler Davenport) is an 18-year-old girl with retinitis pigmentosa. This made her blind so her career as a skater had to be buried deep despite the fact that there was a similar sport for blind athletes, but Sophie chose to stop.

Her days became extremely boring, she could not go anywhere with her condition like that and could only see flashes of light, Sophie’s range of motion was also very limited. Once, she took a job taking care of cats from a super rich woman. Even though Sophie could not be seen, the owner did not mind because she only took care of the cat.

Take Sophie to the rich woman’s residence in the middle of the snowy mountains. The reason she hires Sophie to take care of her cat is because a wealthy woman named Debra (Laura Vandervoort) wants to go on vacation after reeling from the divorce proceedings with her husband.

After explaining how to set up the security system and make sure Sophie is okay during Debra’s vacation, the rich woman finally leaves the mansion. Sophie tried to make sure she was okay when Debra was gone so that Debra wouldn’t have to worry.

Sophie, who is starting to learn about the mansion’s floor plan, is helped by her best friend, Cam (Keaton Kaplan) to become her eyes using the back camera of her cell phone. He carefully felt the walls, along the stairs, tables and other objects to get used to it.

Upon entering the cellar, many expensive wines are on display and Sophie intends to take a bottle of wine to sell later but Cam disagrees and asks Sophie to leave the bottle and return to the main room, where she is given to be. it is in. Although a little annoyed, Sophie still obeyed Cas’s orders. 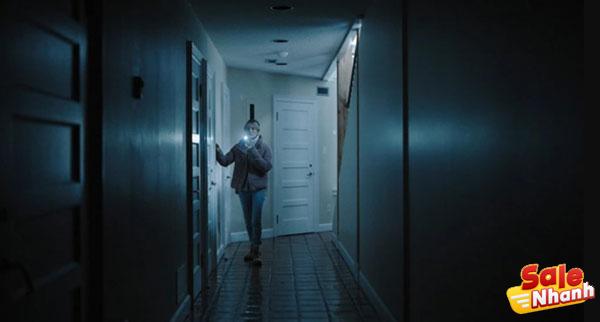 Right before ending the call, Sophie accidentally left the house and was locked outside. Luckily, Sophie’s mother sent a link to download an app called See For Me that can help Sophie ‘see’ with the same concept when making a video call with Cas. The team from the app will monitor Sophie’s surroundings using the camera phone Sophie is holding.

The officer then received a call from Sophie, Kelly (Jessica Parker Kennedy), who helped Sophie find another entrance through the sliding door of the greenhouse next to the main house. Sophie eventually entered Kelly as her priority number in case something urgent happened to her.

As night fell, Sophie, who was resting, faintly heard noises outside the room. She groped for the source of the noise. Sophie was surprised to learn that robbers had broken into Debra’s residence. Sophie panicked and went back to her room to get her cell phone.

After successfully taking the cell phone, Sophie immediately called Kelly and explained the situation after dialing 911. Kelly immediately took action, he asked Sophie to keep quiet until help arrived. came, but Sophie remained stubborn; instead, the girl walked out of the room and was eventually caught by the robber.

The 3 robbers also negotiate with each other, at first intending to kill Sophie, but when they learn that Sophie is blind, they cancel the idea because it is unnecessary because Sophie cannot see them. The problem arose when Sophie said that the police would come because she called 911. The robbers then tried to escape from the police.

In danger, Sophie offers to bypass the police with a banknote, Sophie gets 5% of the total proceeds from their robbery, namely millions of dollars in cash stored in the safe at the place. Debra’s residence. The robbers agreed. But things spiraled out of control when the police, who were preparing to leave, received a call from the center regarding a report from Kelly about Sophie being trapped with a robber.

The robber eventually killed the officer and targeted Sophie to silence her. With the help of Kelly, who runs the See For Me app, he was able to get through the most difficult situation. Will Sophie escape the company of thieves? Please watch See For Me to get the most accurate answer. 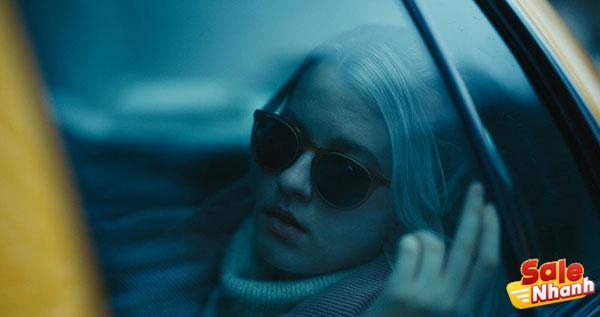 Review movie review See for me

The story of a girl who is alone and has to deal with criminals or psychopaths is the premise of one of the most outrageous films ever. Many movies with similar themes have been released, so the appearance of a movie like See For Me is not something new and can attract the interest of many audiences.

This is because the audience can already guess the plot and how it will end. One thing that viewers most want to know is what is the girl’s process from meeting the bad guy to finally surviving; fun to follow or not at all. For me personally, this movie goes into a movie with a plot that doesn’t really get adrenaline pumping.

At first glance, when you watch this movie, you will be reminded of the story in the movie Panic Room; where 3 robbers, broke into a luxury mansion to get something valuable in the residence. While in Panic Room, the robbers want millions of dollars in bonds, in See For Me, the robbers want a large amount of cash. Almost the same, right?

As previously reported, the story of this film also does not cause adrenaline rush to make us also tense when watching the movie, we tend to raise blood pressure because of Sophie’s stubborn personality. Plus the plot runs normally. The robber who attacked Sophie is not as vicious as other films with the same premise.

The ending of this movie is really random. It is impossible to understand how a blind person could kill a total of 4 armed robbers with just one person’s help from the camera phone she was holding in her hand. Well, if Sophie is Norman Nordstrom, the super blind grandpa in Don’t Breathe, that could very well happen.

But the problem is that Sophie is a blind girl still learning to get used to being unable to see. Isn’t it amazing that you can do such amazing things? Not to mention the end is that Sophie did not get injured and even used the stolen money to train athletes. Hmmm, so who’s the bad guy? Did the robber really want his money back or did Sophie really steal?