Sakra is the latest film by Donnie Yen (Yan Ji Dan), adapted from the Wuxia genre novel “Demi Gods and Semi-Devils” written by Louis Cha aka Jin Yong. Initially, stories about the martial arts world were published as serials in one of the newspapers in Hong Kong and Singapore. The series was published between 1963-1966, later published as a book and adapted into numerous television series and feature films.

The title of the novel itself refers to the Eight Races of demigods and demigods in Buddhist cosmology. And in Indonesia, this novel was published with the title “Soldiers of Tay Le country”, the story revolves around three main characters, Kieu Phong, Doan Du and Hu Truc. Set in mainland China in the 11th century. Donnie Yen, who served as director, producer as well as the lead role in the movie “Sakra” focuses more on the story of the character “Pride” Wind”.

Qiao Feng is the leader of the Charismatic Beggar Association, who is accused of murdering his adoptive parents, teachers, and several martial arts masters. In addition to being exposed to these accusations, he was also falsely accused of being Khitan. At that time, the socio-political situation in China was tense and there was a conflict between the Song Empire (north) and the Liao Empire.

The Song, which was dominated by the Han, showed a deep aversion to the Khitans of the Liao Kingdom due to the conflict. After this incident, Qiao Feng and Azhu, a helped servant, roamed the country in search of the truth about his true identity and also found the mastermind behind the murder of his parents and his teacher.

The martial arts genre has long been a mainstay of novels from the country of the Bamboo Curtain, most of the plots being about warriors in the martial jungle and their adventures in ancient China. And its popularity has spread to many other forms, such as opera, novels, manhua (comics), TV series, TV series, video games, and movies. One of the works of this genre, Demi Gods and Semi-Devils, is one of Jin Yong’s (Chin Yung) works that is most often adapted.

The latest is the demigod and demigod series in 2021. Jin Yong, who is known as one of the most influential writers, especially in the Wuxia genre, has compiled this story that is too long and complicated. . Therefore, Donnie Yen only pays attention to a single character, Kieu Phong. Besides, perhaps Kieu Phong was chosen because in addition to being the most favorite character in Kim Dung’s creation, he is also a favorite character of “Vu Hiep” fans.

The focus is divided into two

In the same way, when the 1977 film The Battle Wizard focused on Duan Yu, Sakra focused on the character Kieu Phong. Naturally speaking, ‘Sakra’ tries to coherently build a web of somewhat complicated plots and characters.

While it’s fair to say the sequence is a bit disjointed at times, it’s worth taking the time to tell the story without sacrificing important details and some plot elements. Like what happened in the second half of the movie, where new characters Doan Chinh Xuan (Eddie Cheung), Nguyen Hanh Tru (Kara Wai) and Azi (Cya Liu) were suddenly cut without any any tracking.

And there are issues of pacing, especially in terms of evenly dividing the focus between the telling of Kieu Phong’s journey and his romance with Asia. Sometimes it seems like the ‘speed’ (step) has stopped, as if realizing that there’s a lot of plot to be done after a lengthy action scene.

The scene in which Kieu Phong and Asia grew up and were close to each other seemed rushed and took away some of the emotional nuance one would expect from a love story built on trust, understanding and admire. But in other parts, this movie pretty well summarizes Kieu Phong’s adventure stories. In addition to what was mentioned earlier, there is also a pacing issue.

‘Sakra’ also has problems in character discovery because of the rush to introduce the character rather than the need for character development. Plus, the dialogue is sometimes messy. But the whole story is easy to understand, presented quite well. Most importantly, how about racial prejudice as something easily manipulated is broken down and conveyed clearly. 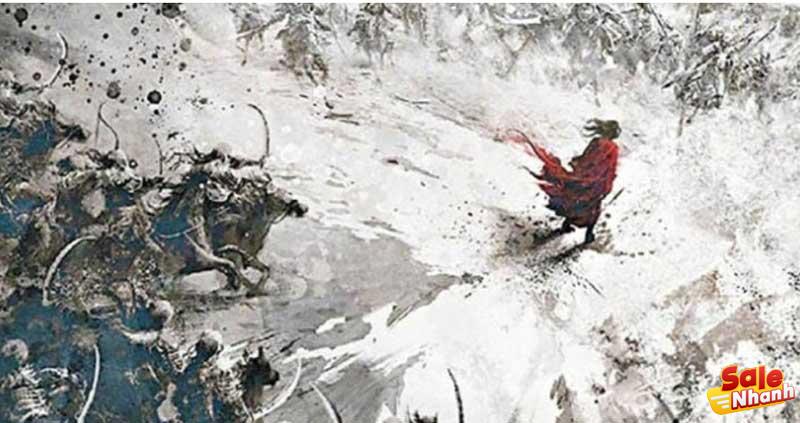 As a director, Donnie Yen can look rather ‘heavy’ and awkward when it comes to matters of romance and drama, but for action matters, ‘Sakra’ is considered superior. Ingenuity in movement and precision in every action make every battle explosive, complex, elegant, and devastating all at once.

Conclusion of the movie Sakra

‘Sakra’ this time is not a perfect adaptation, but from the beginning, this film did its best, by reintroducing the character Kieu Phong to a wide audience of fans and observers. as cinematic as possible.