Runway 34 is director Ajay Devgn’s third film after ‘U Me Aur Hum’ (2008) and ‘Shivaay’ (2016). This time, in addition to the director role, he also participated in acting and even co-starred with Amitabh Bachchan, a veteran and charismatic actor in the Indian film industry. 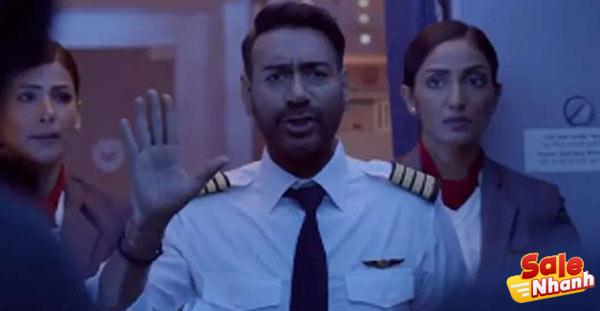 This Hindi horror film Runway 34, originally titled ‘Mayday’, was also produced by Ajay Devgn’s own film company, Ajay Devgn FFilms. Let’s review the movie Salenhanh to find out briefly about the content of the movie Runway 34 through the review below!

Trailer of the movie Runway 34

It is believed that the plane carrying 150 passengers flying from Dubai encountered turbulence and was difficult to land due to bad weather, so visibility was very limited at Cochin International Airport.

Experienced and confident captain Vikrant Singh (Ajay Devgn) tries to make a blind landing on the runway without really being able to see what’s in front of him.

He is accompanied by rookie pilot Tanya Albuquerque (Rakul Preet Singh), in a life-or-death situation while fighting desperately to save hundreds of lives at an altitude of tens of thousands of feet. 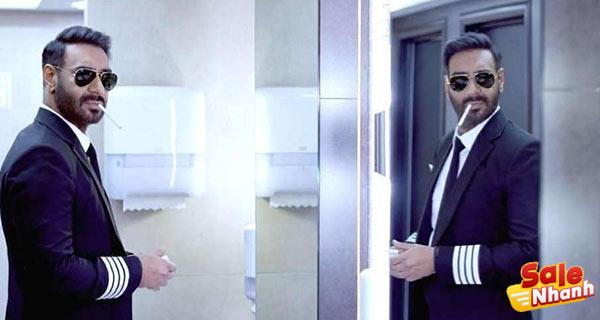 ‘Runway 34’ is a Bollywood film inspired by the true story of a Jet Airways flight with a Boeing 737-800 making a flight from Doha to Kochi in 2015 that had trouble landing at the airport. due to bad weather and limited visibility.

And judging from the premise of the story, “Runway 34” shares some similarities with Hollywood films like “Flight” (2012) and “Sully: Miracle on the Hudson” (2016), where in this film, The pilot was forced to make an emergency landing on the Hudson River, New York, USA.

In Bollywood itself, the movie about flying drama can also be seen in Neerja, Airlift, Bell Bottom and Gunjan Saxena: The Kargil Girl. 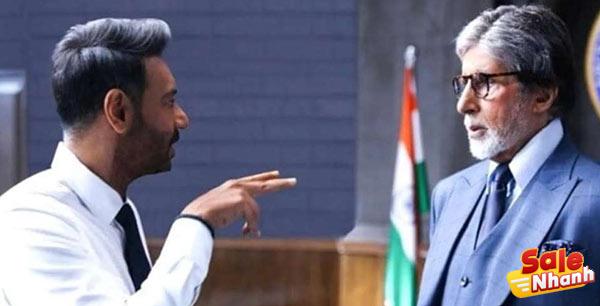 The series itself is divided into two parts, in which the first half we will focus on the air drama, showing the efforts and struggles of the captain and his co-pilot to overcome the trials. Different challenges and difficulties to the plane carrying hundreds of people. passengers can land safely, safely on the runway.

In the second half, we will see the dramatic story happening on land, which will take us into the courtroom as the Aviation Safety Authority of India establishes a Commission of Inquiry, conducts an examination and investigates. Strict investigation of the decision of Captain Vikrant Singh who made the decision to land on Runway 34 instead of Runway 16 was encouraged.

In the air and on the ground

In the first act of the film, we are brought directly into the scene and take the audience on a journey tens of thousands of feet above the earth.

In the flight scene, it is the behavior of the passenger, panic, fear or rude attitude of the passenger towards the flight attendants, who demand explanations and arguments between the captain and his pilot as well. like the tension in the cockpit when making a decision, all well documented.

Tension after tension in the first half of this film is very tightly maintained and even plays out very strongly. The scenes showing the fear and anxiety of the passengers look very realistic and vivid.

We will see the inclusion of Amitabh Bachchan as an investigative officer named Narayan Vedant in the second half of the film. This chapter is like an experimental TV series, in which the investigative committee is tasked with investigating the pilot’s behavior and interrogating him. 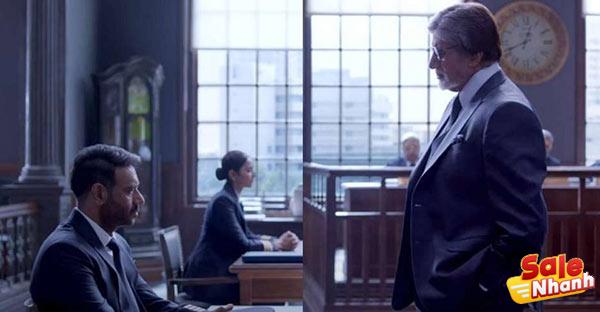 It follows how Captain Vikrant Singh tries to defend himself against Investigator Narayan Vedant and believes it through his experience and flying skills to justify his actions and decisions.

This is what forms the core of the story in this second act. In this round, of course, the tensions that arise will be resolved through dialogue. And here is the place to introduce the background of each person involved.

Unfortunately, the grip of tension not shown here didn’t happen as it did in the first half of this film. Despite showing a good dramatic episode, this second act did not arouse the curiosity of the audience because it was quite easy to predict the development of the plot.

‘Runway 34’ is also quite technically superior and the VFX is quite epic as well as the camera shots, the shots from outside the plane flying through thunder and heavy rain are well done and look lifelike. Likewise, the scene of the plane landing in an area of ​​terrible turbulence is also quite believable.

In terms of acting, Ajay Devgn is convincing enough to appear as a talented pilot, confident in his abilities and a bit arrogant.

While Rakut Preet is also quite proportionate to Devgn’s appearance, Rakul performs quite well as a novice co-pilot who is also skilled and sometimes suspicious of his senior’s decisions.

On the other hand, Amitabh Bachchan’s appearance as a determined and fierce investigative officer is not enough to lift the weight of the story in the second half, although he does perform quite well.