Florence Pugh is currently one of Hollywood’s shining young actresses. After appearing as Yelena Belova in Black Widow (2021), Pugh returned to the big screen through the psychological thriller Don’t Worry Darling. In this film, Pugh co-starred with One Direction character who is currently quite active in the acting world, which is Harry Styles.

Don’t Worry Darling is produced by Olivia Wilde, who is better known as an actress. Don’t Worry Darling is Wilde’s second film as a director after working on Booksmart (2019). In addition to directing, Wilde also acted in her own film as Bunny. The film also stars Gemma Chan, Chris Pine, Nick Kroll and other actors.

Don’t Worry Darling tells the story of a couple, named Jack and Alice Chambers, who live happily in a luxurious estate. One day, Alice goes to a place where wives are forbidden to live in the house. Since arriving there, Alice realizes that something is wrong with her life and everything around her.

The climax with an interesting episode, but feels rushed

For those of you who’ve seen the trailer and various promotions for Don’t Worry Honey, you have to make sure that this movie is set in the 1950s. But about half an hour towards the end of the movie, you’ll see quite an unexpected turn of events. Unfortunately, this new plot comes too close to the end of the movie. 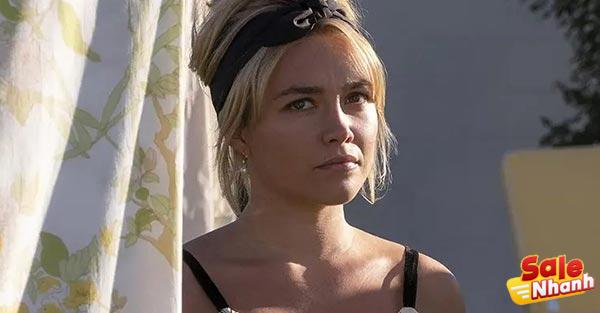 The twists and turns that only appear at the end of the film are common in the movie world. However, in the case of Don’t Worry Darling, the plot is so tight with the final ending that the climax of this movie comes in a hurry. Therefore, there are still many questions about this film that have not been fully answered.

Much of the film’s length is spent showing Alice’s confusion about her life, which tends to be verbose. Audience curiosity is built too long just to see a climax too short. In fact, the plot of this movie has a lot of potential if it only increases the climax. If Don’t Worry Darling is successful enough, it seems that this film is made a sequel to address the shortcomings from the previous film is necessary. 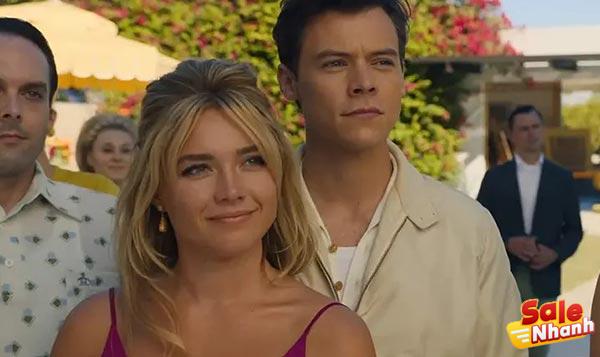 The movie can feel slow to some. However, it cannot be denied that Don’t Worry Darling displays a very pleasing image. The beauty of cinematographer Matthew Libatique’s cinematography looks consistent from start to finish. This film’s beautiful cinematography is also aided by a purposeful staging design.

Don’t Worry Darling’s design, makeup, and wardrobe team definitely deserves credit. They tried to convey a sense of luxury of the 1950s era, which further aided the beauty of this cinematography. The setting for the movie to the different clothes the actors use has succeeded in becoming a sweetener. 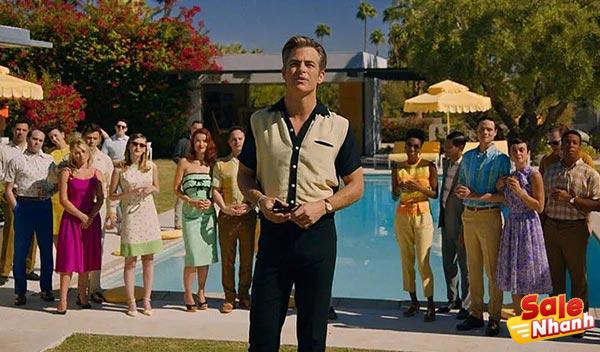 One of the factors that create a sense of thrill quite clearly in Don’t Worry Darling is the film’s score. The scoring screen sounds quite unique and not too exaggerated to create a tense atmosphere. The simplicity of his scoring is quite successful in building audience anxiety over the course of the film.

Florence Pugh is the main role in this movie

Regarding the game world, Florence Pugh is said to be the lead role in Don’t Worry Darling. Without his excellent performance, this movie would probably lack appeal. I was so engrossed in it, Pugh’s co-star Harry Styles seemed less successful in keeping up with him. Fortunately, Styles’ appearance rate is also less than Pugh’s. 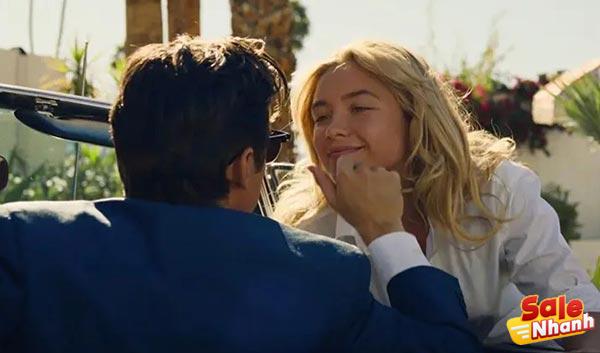 Those who have seen Pugh’s movies before must know how wonderfully Pugh shows a variety of expressions. Through her expression, Pugh invited the audience to feel the happiness to the disappointment that Alice went through. As for the supporting actors, they performed their parts quite well.

Behind the dramatic details happening behind the scenes, Don’t Worry Darling is really an interesting movie with unexpected and potential details. Unfortunately, the climax of this film does not answer many of the questions that arise throughout the film. Although the story is not satisfying, you are guaranteed to be satisfied with the image and appearance of Florence Pugh in this movie.

After reading Don’t Worry Darling movie review, do you want to see this movie? Those who have seen it, don’t forget to share your opinion about this movie, OK!