Angela, who was possessed by a demon through the medium, was saved. However, she became the subject of the military for further investigation because the virus incident had spread and they sent 1 survivor of those incidents to investigate, but choosing Angela as the subject was a step. go wrong.

The horror of the virus is back again, this time the virus is spreading not on land but in the vast ocean! This leaves all the passengers on board with nowhere else to go but to survive the virus on the ship that has been modified as a floating prison. Can the other passengers survive?

The incident of spreading a mysterious virus in the apartment (the story in the movie Rec 2) caused the government to send a special team of 4 people. They are all tasked with destroying the building before the virus can spread outside the apartment. Explosives were installed on every floor.

As they were about to go down the stairs, they were attacked by the people still hanging around in the building. The result is 4 people, the only survivors are Lucas (Críspulo Cabezas) and Guzmán (Paco Manzanedo). Before leaving, they have time to save Angela, who suddenly appears, coming down from the penthouse.

The next day, the survivors of the apartment building were taken to a ship for further examination. Angela, realizing that there was something suspicious about the inspection, attempted to escape with Guzmán’s help, but on the bridge they were captured and brought back.

Guzmán and ngela met the Head of the Department of Medicine, Dr. Ricarte (Hector Colome). Dr. Ricarte then asks ngela to return to the cabin while Guzmán is invited to tour the ship with the ship’s Captain, Ortega (Mariano Venancio). The captain of the ship said that his ship was chartered by Dr. Ricarte.

But the reason Dr. Ricarte didn’t know much about chartering, he knew that there was a lot of medical equipment on board when the charter was made. Intrigued, Guzmán tries to find information by approaching a team of executives named Nick (Ismael Fritschi), who have the ability to hijack the surveillance cameras that Dr. Ricarte took it on board. 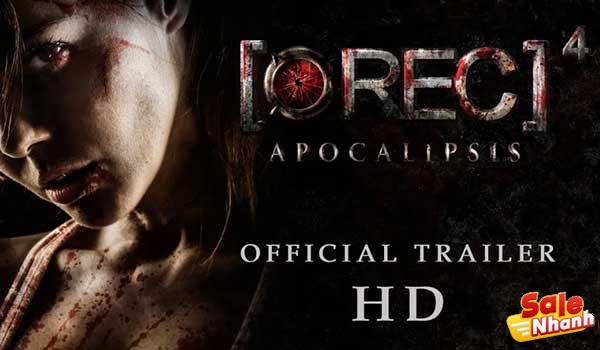 It was Nick who also helped the recording from Angela’s camera to play back the damaged recording. But that worried Angela. While waiting to watch the reindeer video, the whole ship was shocked by the information from Dr. Ricarte that there is a loose test subject.

The subject of the experiment was an ape, the result of an experiment with pathogens. The blood sample used was a blood sample taken by Lucas from a gruesome incident at the apartment. That means the monkey was infected with the virus. The reason why Dr. Ricaret tested the pathogen because he and his team wanted to develop an antiviral drug.

Unfortunately, when the team of Dr. Ricaret will try anti-virus software, the monkey is released by someone and attacks a chef preparing food for the crew, most of which are Dr. Ricaret. The bitten cook, who was infected, fought the monkey and put it in the cooking pot.

The food was tainted and had been eaten by several members of the crew and Lucas recognized the person immediately to tell Guzmán, Angela and a grandmother who had survived the viral outbreak at Koldo and Clara’s wedding (Rec 3: Genesis Movie). Dr. Ricaret was aware of this and later brought Guzmán to him.

Dr. Ricaret then went to the kitchen to give an anti-virus software to the cook who had been locked up by Lucas earlier. When injected with antiviral drugs, the medicine did not work and it made the cook even more cruel. Goro (Carlos Zabala), the captain’s subordinate, is also infected, but the process is slower.

In the end, the virus spread quickly to almost everyone on board. Dr. Ricaret left Guzmán, Lucas, Angela and the old woman alone. In the end they have to fight the infected gang with random weapons, along the way, the frightened old woman runs away and eventually becomes infected.

Dr. Ricarte realizes that all his efforts have failed, and attempts to escape by activating the self-destruct feature. But before he could activate it, his assistant informed him that the video in the apartment complex had been successfully recreated. The video shows Angela infected with a worm-like parasite that carries the virus by mouth.

Dr. Ricarte then goes to find Angela, who will soon be dissected for the parasite that carries the virus, but this is not possible after the infected Goro begins to attack everything on the jetty. All survivors eventually dispersed, Angela then biting Dr. Ricarte to prove he wasn’t infected.

Dr. Ricarte then took a blood sample and tested it, the results were negative. At the same time Guzmán arrived. Ángela then remembered that when she was inside the building, the parasites most likely left her body and entered Guzmán’s body as they had been facing each other for several minutes. Guzmán began to attack.

As Guzmán chases Angela, Dr. Ricarte activates self-destruct and flees. Nick and Lucas trying to start the ship’s engine also failed because Lucas was attacked and bitten by the zombies. Nick eventually went looking for Angela to save himself, but Angela was nowhere to be found because she was locked up by Guzmán.

But Angela is equally smart, she managed to escape and met Nick – who beat Dr. Ricarte was preparing to escape alone until he fainted. Unfortunately, on the run, Guzmán ambushes Angela and wants to launch another parasite into her body. Nick moves quickly to give Angela the javelin to kill Guzmân.

After Guzmán is killed, Nick and Angela manage to escape and jump off the ship minutes before the ship explodes. They eventually survived and reached the mainland. At the same time, a shot shows that the viral parasite is still alive even in the water and begins to infect fish in the sea. 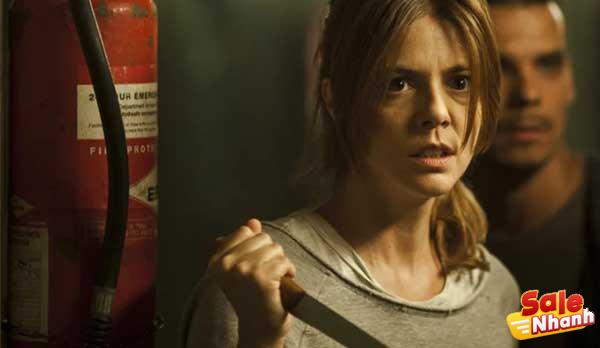 The director and screenwriter of this film, Jaume Balagueró, created a plot that seems more refreshing than the movie Rec 2, why the standard is Rec 2? This is because in Rec 3, the story revolves around how the main characters save themselves from the attack of infected zombies. 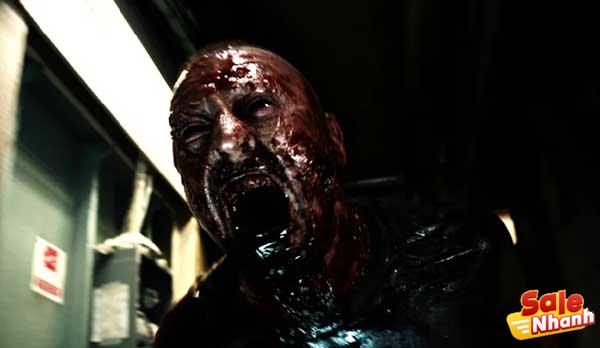 Being infected with a disease-carrying parasite turns out to make the host smarter and even capable of manipulating him into pretending to be a good person. This is what happened to Guzmán. While watching, we will witness and make sure that Guzmán is a trustworthy person.

In fact, just as the plot begins to climax, we’re dealing with a situation where Guzmán is the cause of new troubles that get everyone on board infected by dropping experimental objects so the virus can infect them. can spread rapidly. Although it was very uncomfortable, the audience was finally satisfied when Angela killed Guzmán. 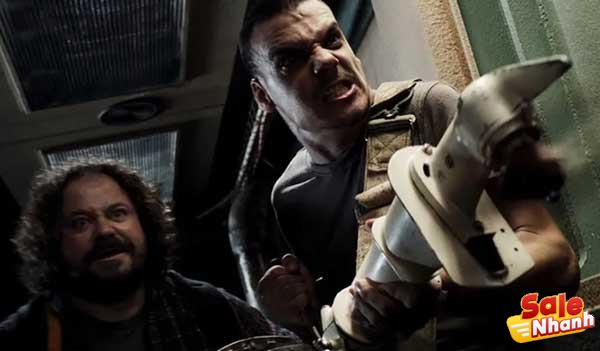 This movie has a rather messy ending. First, we get to see a shot where it turns out that the parasitic worm that carries the disease is actually still alive and being eaten by fish, which seems to be a new story for the sequel to the sequel. Most likely the fish was caught by fishermen and consumed by someone.

Second, there’s an additional scene where Nick and Angela manage to stay alive and catch a taxi to get to the hotel. But the taxi driver looked suspicious and had time to say ‘what party?’, just like the words Guzmán had said when he was about to lock the ngela in the cargo hold of the ship, i.e. ‘has arrived. when the party starts’. .

So do these two clues suggest that this Rec movie will have a Rec 5 sequel? Well, if that’s true, what plot will the director prepare so that the audience doesn’t get bored watching Rec’s story, where all the stereotypes are the same; the endless spread of the virus.