The horror movie craze in Vietnam has not yet subsided. After KKN movies like Desa Penari, Ivanna, Pengabdi Setan 2 and Inang, there’s another horror movie coming out this year. With the theme of exorcism or exorcism, the Qodrat movie comes with a rather promising trailer.

The Qodrat movie was also the debut of Vino G Bastian’s first horror film, you know. Then can this movie deliver horror beyond other horror movies released in 2022? Let’s learn about the movie’s content with Salenhanh.com through the article below.

Qodrat is one of the clerics who are experts on merukyah. He has a wife and a son named Alif. Unfortunately, Qodrat’s life can be said to be full of calamities. His wife died for unknown reasons.

Not enduring enough, the child fell into a severe coma. He is possessed by a very powerful and evil demon. Qodrat tries to defeat Alif. Unfortunately, the demon’s power is too strong. Alif died a horrible death.

Alif’s death sent Qodrat to prison. But Qodrat seems to have lost all hope as all members of his family have died. The person who used to be so diligent in worship never did 5 daily prayers again. The roommates tried to advise Qodrat, but Qodrat remained motionless.

Suddenly, one of the guards burst into Qodrat’s cell carrying a necklace. Without hesitation, the warden dragged Qodrat to another room and hanged him. It turns out that the warden was possessed by a demon that killed Alif. The devil is still trying to destroy Qodrat. Qodrat suffocated.

Fortunately, Qodrat is still protected. He escaped death. He woke up like a moving picture floating in a morgue. Immediately after the incident, Qodrat was released from prison early because he was in remission.

Qodrat then returned to his village. He returned to Kahuripan boarding school, where he studied. He was surprised to find that pesantren’s condition was not maintained. He even saw his teacher lying helpless. Fortunately, there is still Jafar, a friend of the Koran, who takes care of his teacher. 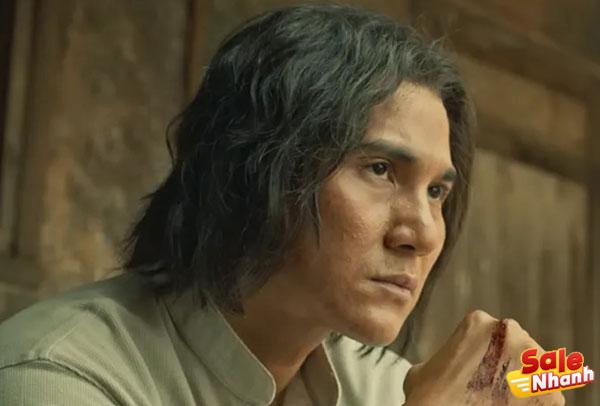 Unbeknownst to Qodrat, his village is still not free from the threat of the devil. One of the residents’ children named Jihan was possessed by an evil demon.

Yasmin (Marsha Timothy) tries to help by inviting many residents to pray at Jihan’s house. Unfortunately, Jihan’s fate was not as lucky as Alif’s. He died at the hands of the evil demon.

Yasmin returns to her house. He lived with only three children, Asha; a superstitious high school girl, and Alif; the boy limped happily.

Seeing Asha coming home late, Yasmin tries to warn Asha to be careful as their village is still covered by the threat of being possessed, but Asha refuses to believe it. Until he finally sees his younger brother, Alif, transform into a terrifying form and injure him.

Yasmin, panicking and scared, runs to Kahuripan Muslim boarding school to find ustad Jafar, but she only finds Qodrat. Yasmin cries and begs Qodrat to help her make peace with Alif.

Feeling insecure to return to the merukyah, Qodrat refuses and asks Yasmin to wait for Jafar. But Yasmin kept begging until she finally mentioned Alif’s name. Qodrat melts with this name, he agrees to help Yasmin.

When they arrived at Yasmin’s house, they found Asha with a slashed hand. Yasmin then hurriedly grabbed Asha and kept her away from Alif.

Meanwhile, Alif, who is possessed by a demon, grabs a lawn mower and tries to attack Qodrat. With the verses of the Koran spoken eloquently, Qodrat tried to fight the devil and get the demon out of Alif’s body.

The real devil pursues Qodrat and says that there will be another more evil and stronger being who will destroy humanity.

What does the demon really want? Can Qodrat free his villagers from the threat of cursed demons? You can watch the movie to the end to know the answer!

Horror-themed Indonesian movies are said to get more release than other genres. Even so, movies with the theme of exorcism or exorcism are still very few made. The last time I remember there was a movie Condor Heroes with a similar theme. But you could say, the Qodrat movie far exceeded my expectations. 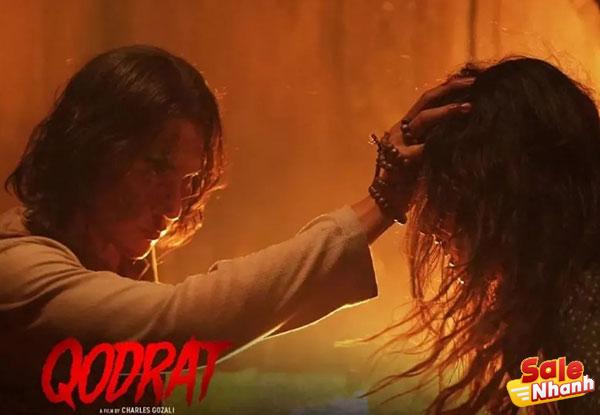 Throughout the duration of 1 hour 42 minutes, this film aroused a rather intense atmosphere of tension. The audience could only sigh for a moment before finally being served again with the terrifying footage. Right from the start, the rather gruesome gore scene where Alif dies horribly is enough to give us nightmares.

Although there aren’t many jump scares here, the movie Qodrat still succeeds in presenting various horrors through out-of-body scenes and other surprising events. With a way to handle intense tension, this movie is enough to satisfy those who like horror movies.

Looking at the overall plot, this movie actually feels very simple. You can even guess right away what happened to the village where Qodrat and Yasmin lived. But what’s interesting is that the packaging of the story is aided by good cinematography and good scoring.

In terms of cinematography, the director skillfully made the original scene memorable with POV shooting. The audience becomes curious and guesses who is the unlucky person at the beginning of this story.

This unusual way of taking photos without making the viewer dizzy is also aided by skillful and smooth editing. In addition, without the shocking horror music, this movie still shows the horror atmosphere. Put on your hat and go!

Not only the horror scenes, this movie also includes an action element with various fighting scenes that are neat and not overdone. These scenes are enough to add to the excitement of watching the movie.

Vino G. Bastian as the main character leaves no doubt about the quality of his acting. Although this is his first time acting in a horror film, Vino is still able to show his full acting ability in the role of Qodrat.

On the surface, the Qodrat character here does not look like ustad, but when he reads the verses of the Koran, it is clear that Vino really studied the pronunciation of the Koran and then saw the shadow of Qodrat. is a religious expert.

In addition, the character of Alif Amri, played by a novice child actor named Keanu Azka, successfully caught my attention and impressed me with the quality of his acting.

Although still small, Keanu can change a lot of different expressions and gestures. He can change the shape of a cheerful and sweet boy into a terrible demon boy. His acting ability will most likely make his name shine in the future.

With near-perfect production quality and near-perfect acting by the players, Qodrat is arguably one of the best horror movies this year. The audience is definitely looking forward to the sequel to some of the other unsolved mysteries in this movie.

If you’ve seen the movie too, don’t forget to let us know what you think about it in the comments!