Twenty police officers with ten years of experience are tasked with overseeing the extradition process of high-profile criminals from Manila to South Korea. They seem confident they can tackle the gangsters in their three-day journey. In fact, there are intruders that make the police mission more difficult.

The two groups were preparing to attack each other in unequal numbers. However, an even greater horror suddenly appeared; a killing machine that kills anyone indiscriminately.

Intrigued by the story? Stay tuned for a review and brief synopsis of Project Wolf Hunting (2022), an action, sci-fi horror film, for reference before watching.

The South Korean criminals were extradited from Manila via the airport. When they arrived in South Korea, a suicide bomb exploded, killing seven people and injuring dozens more. A few years later, the extradition process of high-level criminals is no longer carried out by plane but by ship.

The ports are considered more secure and not easily accessible to everyone. That day, a group of criminals with a high crime rate were preparing to leave Manila for Busan.

At least twenty experienced police officers were assigned to escort them. The trip will take about 3 days.

No wonder, one of the criminals, Park Jung Dooo (Seo In Guk), took an action that made the police chief who was escorting them, Lee Seok Woo (Park Ho San), angry and beat him.

Seok Woo only stopped when they were about to leave. As a leader, he manages many things, including arranging criminals into different rooms.

Each criminal is currently on board and handcuffed in separate rooms. Seok Woo started ordering his men to prepare food for them. Among the police officers who helped prepare the food, there were several suspicious people. 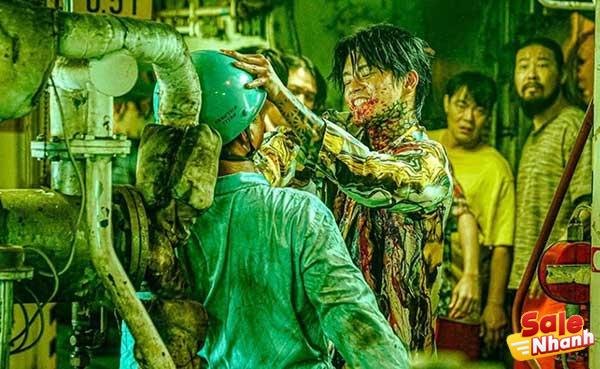 Beside them, a doctor named Kyung Ho (Lee Sung Wook) accompanying the trip also expressed doubts. He was seen carrying multiple injections and medications in a paper bag and then traveling to other parts of the ship.

Arriving in the room he intended to go to, two thug-style bodyguards were already waiting. Near them was a figure, like a corpse, but wearing a gas mask. The pills and injections that Kyung Ho carries are for that number. Disgusted, Kyung Ho injects something into the character’s body.

Suspicious behavior is also shown by Dae Woong (Sung Dong Il), who immediately takes command at the jetty monitoring center. The officers there felt that they had not received any messages about Dae Woong’s presence, but the middle-aged man persisted.

In addition to the command center, strange things also begin to happen on the ship. The reason was that the suspicious people helped the police prepare the meal. Apparently, they are a criminal gang that will be extradited.

The men secretly try to release Jung Doo and some other criminals. The police officers who caught their act, were brutally killed. Quickly the men also turned off the communication system on the train.

The only female police officer involved in the extradition process, Lee Da Yeon (Jung So Min), begins to notice something strange. While checking, he runs into Kyung Ho, who just finished a secret job.

At the same time, Da Yeon and Seok Woo see someone climbing the communication tower. They immediately found out and fixed what happened.

Unfortunately, Jung Doo’s criminal gang opened fire first. Seok Woo and his men, who were unprepared, were so overwhelmed that they lost them one by one.

Among the criminals on board, a criminal named Lee Do Il (Jang Dong Yoon) attracts attention. He is very calm and doesn’t talk much and is brave enough to fight Jung Doo. What’s surprising is that Jung Doo doesn’t kill him immediately like killing other people. He just looked a little annoyed with Do Il’s attitude.

The battle between the remaining policemen and the criminal group led by Jung Doo begins. The already tense situation becomes even more dire when suddenly a strange creature kills everyone one by one, either a member of the police or a criminal group.

He looks very strong and brutal. The weapons that Jung Doo and his men carried did not have the effect of paralyzing him. Immediately, the number killed almost everyone on board, including Jung Doo. So, who is this huge number really? Can anyone beat him?

For the first time after many years of absence, Korean cinema sent a representative to the Toronto International Film Festival. At this prestigious festival, Project Wolf Hunting (2022) will be shown to the public in Midnight Madness before its own people can enjoy. 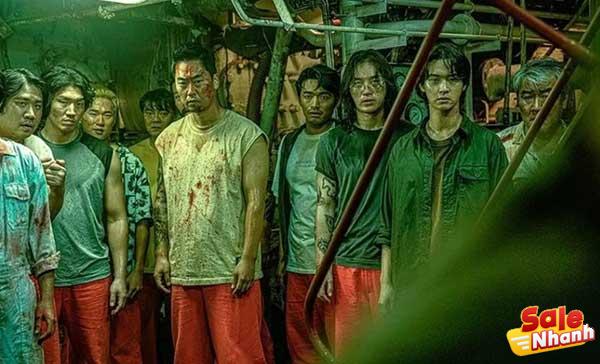 The event was definitely an experience for Seo In Guk, Jang Dong Yoon, and Jung So Min, who lined up to oversee this drama. All three are said to be telling horrifying stories about the process of extraditing heavy criminals from Manila to Busan by ship.

Jung Doo, who can brutally kill people, does not budge in the face of the mysterious figure in front of him. His escape with the other criminals failed because it ended in mass death.

From the premise, you can feel the brutality of this movie; Very promising for gore movie lovers everywhere.

The secret of the deadly weapon

In making his film, Kim Hong Seon as the director and story writer does more than present a plot with a single conflict. Project Wolf Hunting (2022), which has been sold to 41 countries, not only tells the story of criminals and policemen’s struggle to save the life of a mysterious, deadly figure.

You will find another storyline that tells the secrets and background of this terrible character. There’s a flashback that shows the creation of this character decades ago. It all started with greed in creating weapons in human form with great power.

The part that tells the character’s origin story is always brutal and disgusting. With quite detailed cinematography and detailed scores, the horror was felt in about 1 hour 57 minutes.

Brutal movie with a lot of blood

When watching this movie, be prepared to see many bloody brutal scenes. The audience mustn’t stop to catch their breath as the murder scene seems to go on endlessly. 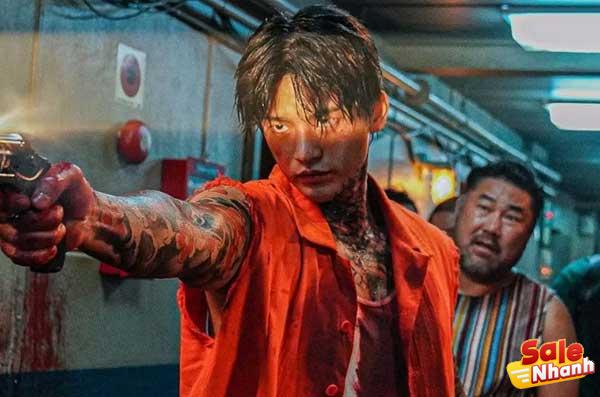 Humans were killed so brutally that blood pooled; complete with the creepy sounds of meat being skewered with knives or heads being smashed.

Set in a ship, the horrors of Project Wolf Hunting (2022) grow more intense. Criminals and cops don’t have much room to run away from the killing machines, so death after death becomes super thrilling. They just wait for their turn to die.

Project Wolf Hunting (2022) actually sells its brutality as the main menu. Even so, the conflict is still interesting to watch even though it’s not so new.

The same goes for the plot that can still be enjoyed despite the flaws in some parts, such as non-continuation scenes. In addition, the choice of open ending at the end also leaves curiosity. Interested?