Feeling lonely while living on her parents’ farm, Pearl felt that she could not pursue her dream of becoming a dancer. Although she really wanted to be one of the American entertainers at the time.

Feeling depressed, Pearl is determined to kill everyone who stands in her way, including her parents.

Pearl is a killer thriller film by Ti West released by A24 on September 16, 2022. A prequel to the X movie (2022), this film tells the origin story of Pearl before She became a brutal killer.

Through this film, we understand the cause of his psychosis, so he is determined to commit murder for the first time.

Appearing as classics of the 1930s, Pearl is one of the best horror movies of 2022. How good is the quality of this movie? Check out the following review to get the full review.

Texas, 1918. America is being hit by a flu pandemic. An immigrant family from Germany lives on a farm outside the city. Pearl lives there with her parents, where her paralyzed father is cared for by her mother, who handles the household chores.

Pearl has a husband who is currently fighting in Europe. Whenever Pearl comes into town to buy drugs, she stops by the cinema to watch a movie.

Impressed by the beauty of the movie world, he aspires to become one of the dancers of a very famous dance group in America. However, that is not possible because his life is limited by strict rules from his mother.

At the movie theater, Pearl meets a projector player who encourages her to follow her dreams. Feeling motivated, Pearl began to draw up a plan in her head.

On his way home, he first stopped in a cornfield and danced with a scarecrow. Her mother realizes that Pearl’s change is flawed, and punishes her by not allowing her to eat dinner. 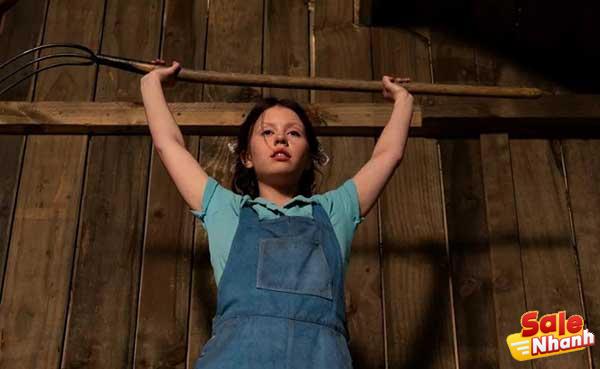 Mitsy, her sister-in-law, visits and announces that there is a dance audition to find new dancers. Pearl thinks this is the way to isolate her career and leave her village. In the evening, Tran sneaked out of the house and went to the cinema to meet the projectionist.

The man said that he aspires to be a filmmaker for a new genre of film that he thinks will enter the world of cinema.

Ruth finds a dance audition flyer and scolds Pearl. There was a big argument between them at the dinner table.

Pearl attacks Ruth and pushes her closer to the fireplace. Ruth’s clothes were also quickly consumed by the fire. Tran quickly poured the soup in to put out the fire. But everything was too late.

The dying Ruth is kept in the basement by Pearl and she goes into town to meet the man at the movie theater and spend the night there. The next morning, the man drove her home.

He was surprised to see a roast pig full of maggots on his terrace. He became suspicious when Pearl made conflicting statements.

When the man hesitated and chose to leave, Pearl immediately chased after him with a rake and killed him. He then drowned the man and his car in the river where a giant alligator was waiting.

To the audition, Pearl wore her mother’s red dress. But before he left, he did not forget to kill his father first.

He met Mitsy at the church where the audition was held. When it was her turn, Pearl performed at her best. However, the jury dismissed her on the grounds that she was not the woman they were looking for.

Pearl was very disappointed and screamed hysterically in front of the jury. Tran returned home in a lethargic state alone. Mitsy found him on the side of the road.

At home, Pearl tells Mitsy about her great disappointment with her parents, husband, and other people who she believes are hindering her dreams. Even though Pearl has promised not to get mad at Mitsy for passing the audition, Mitsy still feels threatened.

Mitsy runs out of the house with Pearl following her carrying an ax. Can Mitsy escape Pearl’s threat? Or become the next victim of Pearl’s ferocity? Stay tuned for the tension of this drama until the very end and get ready to be surprised by the final scene. 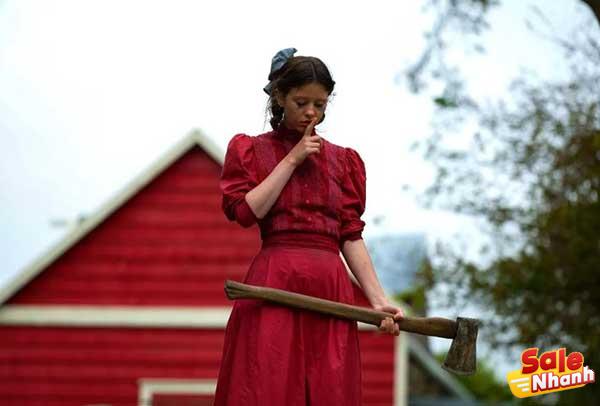 Pearl’s shadow is no longer a mystery in this movie, we already know her madness from X movie (2022). What we’re hoping for in this movie, though, is the psychological underpinnings and reasons that make him a brutal killer, a new horror icon candidate.

And all were answered by Ti Tay as the director very thoroughly and satisfactorily. From the opening scene to the ending scene, the reasons for Pearl’s mind being disturbed are explained one by one. The pressure from Ruth’s mother on Pearl during the first half of the film is quite intense and intense.

She always forbids things that she likes, like wearing beautiful dresses or dancing in front of the mirror. The orders to clean the barn, feed the cattle, or wash his father were filled with harsh tones. Of course, Pearl was very depressed because of that.

Especially when Ruth underestimated Pearl’s dream of becoming a dancer. He even belittled Pearl by saying that she would not be the star she expected and that Ruth would not allow her to leave this ranch.

Pearl’s pressure causes her to do desperate things, even though she sometimes seems to realize that it’s wrong. This is the strong point of this 1 hour 43 minute movie story.

At one time, Pearl loved her parents very much, especially her father, with whom she often talked even though she didn’t get the same answer. But at another point, Pearl really hates her parents because they are seen as preventing her dream of becoming a star.

And all of this is explained subtly but very impressively, raising curiosity about what Pearl will do next.

Pearl’s indecisive thinking makes the plot unpredictable, even though we know that she will eventually kill everyone who gets in her way. Fortunately, the audition judges did not fall victim to it.

The film opens by presenting the same image as the films from the 1930s, both from the music, the fonts to the cinematography with the bright Technicolor colors of the time. The green of the grass, the red paint of the farm to the blue of the sky looks very eye-catching like taking us to a classic movie. 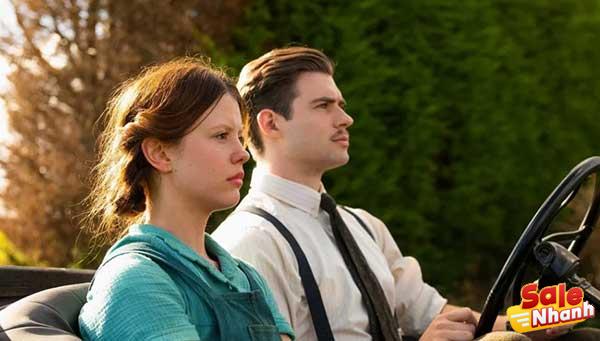 Not only the colors are attractive but all the technical aspects have succeeded in making this film powerful with a realistic impression. The production team worked in detail on everything from the setting, to the costumes, to all the objects that fit the setting in which this story takes place.

Along with a series of dialogues between actors closely related to the speaking style at the time. Sentence choice is actually normal, but when spoken to by the characters, especially Mia Goth as Pearl, it’s so hard to hear as if we’ve only heard about it from this movie.

All of these factors certainly make us as audiences in the modern era truly admire the glory of the cinema world in the “Golden Hollywood” era.

Mia Goth is the prettiest

And one thing that can’t be forgotten is Mia Goth’s perfect acting. In addition to the main role, he also wrote the script for this movie along with Ti West.

They wrote it when the production of movie X was being postponed due to the Covid-19 pandemic. Inspired by this global event, they incorporated elements of the pandemic into the plot, creating the right impression.

The film shows everyone walking in the city wearing a mask, just like it is happening in our time. And this use of the mask was also used as an element to show the horror in one of the scenes.

In this movie, Mia Goth tries to show all the best talents she has. In addition to writing a script with a good way of building a story, he also brings the character Tran convincingly. We shudder when he laughs, because we don’t know what he’s thinking.

While we’re sure Pearl will kill everyone who gets in her way, when and how is still very unpredictable. The mysterious look in Mia Goth’s expression that is the key to answering all the questions is really difficult to guess.

There is a very unique and unusual scene. Towards the end of the film, Pearl welcomes her husband back home from the battlefield. He then smiles widely and this expression continues to be maintained by him as the credits progress. There was a strange feeling, then a pang as tears began to fall from his eyes. 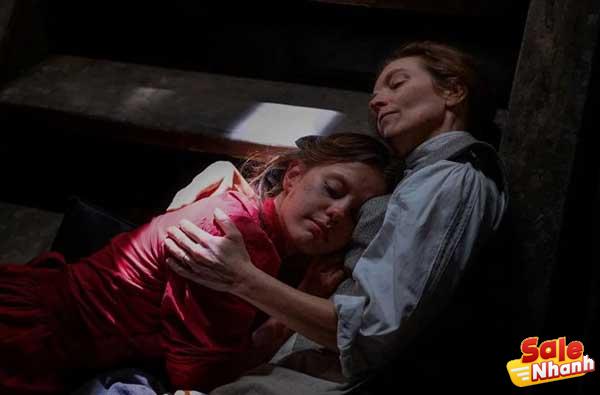 We might wonder the purpose of the scene. But what is certain, that scene depicts the emotional trauma Pearl has imprinted after committing various murders.

The pressure inside him is obvious, because all he can do now is take care of his family, but can’t fulfill his dream of becoming a star. We can get this impression from the end of this movie. And of course our emotions will be very shaken when we try to remember Tran’s smile.

Especially at the end of the movie, Pearl’s sadism in mutilating Mitsy is clearly shown. This is the answer to the question being raised in the audience’s mind because Pearl’s sadism does not seem to be optimized in the movie.

Pearl has succeeded in proving Ti West’s prowess as a filmmaker specializing in the horror genre. And this best achievement is just the beginning for the horror series that is under construction.

His partnership with Mia Goth to best represent Pearl’s sadism, promises that the character will become a horror icon in modern cinema.

With a good plot and skillful depiction of the causes of emotional trauma, the character Pearl appears more convincing than predecessor horror icons such as Jason Vorhees, Michael Myers and Leatherface.

If this brand is continued while maintaining the existing quality, it is not difficult for Pearl to become a legendary horror icon.

One of the best movies of 2022, it is even reported that Mia Goth has a great chance to enter the Oscar market, you really have to see this movie. For connoisseurs of murder thrillers, you will fail if you don’t watch this movie. Have fun watching!