When officially introducing four new variants to the Reno8 Series in the second half of 2022, there are at least two variants that come with identical specifications to the previous generation. In other words, the improvements brought are quite small. One of them includes the OPPO Reno8 Z 5G, which is a more affordable 5G variant option.

While both benefit from portrait photography, there are some specs that have been tweaked to make them more affordable. As the successor to the Reno7 Z 5G series, the price remains the same, but the OPPO Reno8 Z 5G has a number of improvements including hardware that make it one of the most loved phones since its early days. debut

Especially for those who bought the previous generation, but if the friends of Salenhanh.com are looking for a more affordable OPPO 5G smartphone with a stylish design, then this option is likely. will be suitable. Here is the full review of OPPO Reno8 Z 5G.

There are two parts that make the design of OPPO Reno8 Z 5G look different from previous products. Overall, it looks exactly the same, including the rear body and flattened side frames. If you choose the black option, it will be difficult to distinguish between the two.

The first difference is the Dawnlight Gold color option, in my opinion this color helps OPPO Reno8 Z 5G look more luxurious. The yellow color is very subdued, while the gradient effect of the OPPO Glow layer looks more subtle. Yes, the back body is scratch and fingerprint resistant. 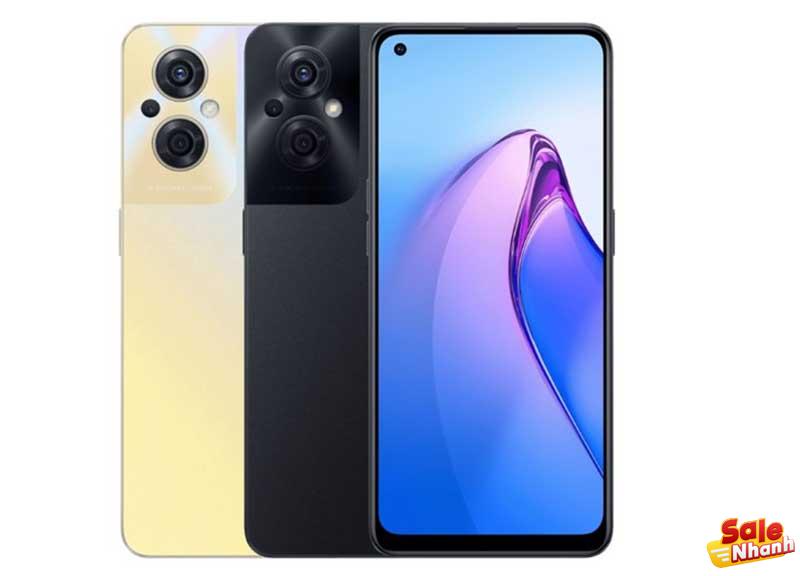 The second difference is the emphasis around the rear camera module, which is now made towards the end instead of replicating the rectangular design. Meanwhile, in terms of size, OPPO Reno8 Z 5G is made a bit thicker (7.66 mm) and weighs (181 grams). Although really when compared to other smartphones, it still feels lighter and thinner.

In addition to the scratch-resistant back body, OPPO also conducted an internal test to check the physical resistance of OPPO Reno8 Z 5G, in order to provide consumers with a more comfortable feeling. If you’re still worried, there’s a soft case embedded in the sales package. In addition to feeling still thin, it can also eliminate the fear of falling due to the rather slippery surface, plus the size is also quite large.

Since the increase in specifications is relatively small, the specifications and appearance of the OPPO Reno8 Z 5G screen are still made identical. Carrying a 6.4-inch AMOLED screen with Full HD + resolution, but the bottom border is still a bit thick. Likewise, the refresh rate is still limited to 60Hz.

At least the quality of the panel delivered is very good, with 93% DCI-P3 color coverage and responsive input (up to 180Hz with two fingers). Additionally, it has features like the Eye Care Display to reduce the risk of eye strain, along with HD certification for streaming from video platforms like Netflix and Amazon Prime Video.

To make the display look premium, there are always-on display options with various customizations. Combined with the in-display fingerprint sensor is also accurate and reliable, even with sweaty fingers.

Still carrying three rear camera sensors, with the same advantages and disadvantages. The camera of OPPO Reno8 Z 5G is equipped with a 64MP f/1.7 main sensor designed by OmniVision, paired with two other 2MP sensors. Each for macro and depth, aka still no ultra wide angle sensor.

At the front, there’s still a 16MP f/2.4 camera that can still create a software-based Bokeh Flare Portrait effect. Is there any improvement over the previous generation? As far as observation, it is not equal to OPPO Reno6 from the old ColorOS to ColorOS 12 a little while ago. It still looks exactly the same, with tones that still tend to be a bit muted despite the AI ​​feature being enabled. 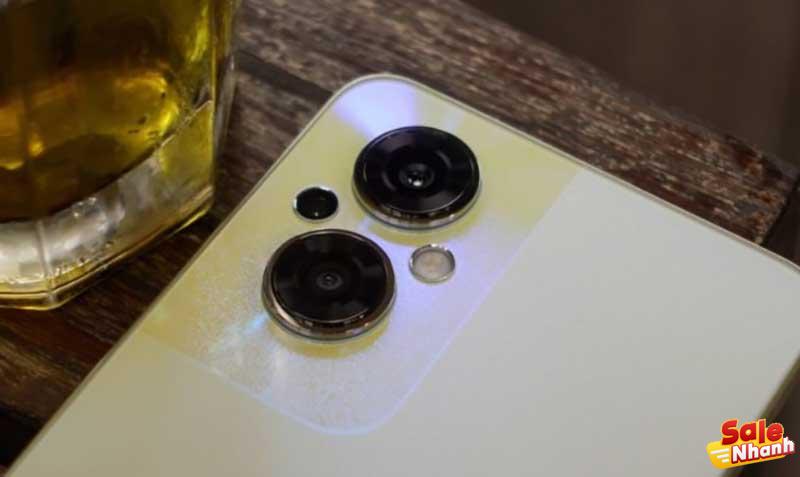 This can be an advantage for those of you who are used to editing photos after taking them, as it is more neutral. Night photography is no problem, as long as night mode is activated. The shooting process is relatively short and the results will be stable even if the hand is slightly shaken (plus the sensor has no OIS).

Unfortunately, for those of you who like to shoot videos with smartphones, it seems that OPPO Reno8 Z 5G is not the right choice. Although the portrait image quality is outstanding, it is a pity that OPPO does not integrate the EIS anti-shake feature on this smartphone. Maximum output is limited to 1080p 30fps. There is no 60fps option at all resolutions, nor is there a Bokeh Flare Portrait Video option. 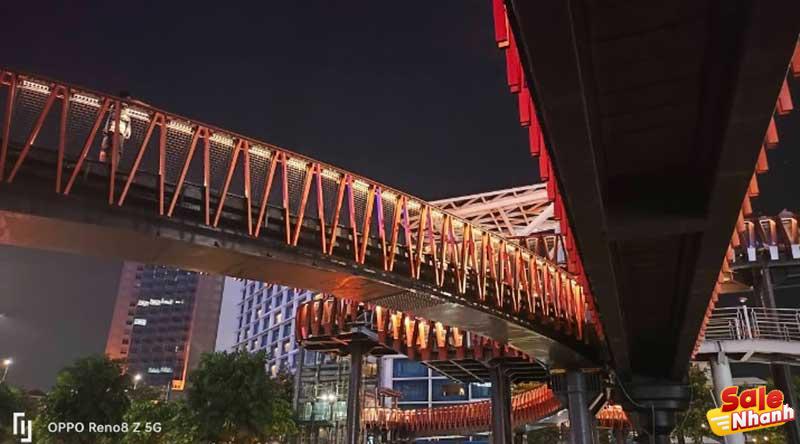 The same situation happens with the front camera. As for the video features, there are options like Dual View Video that will make the moments more interesting. Just make sure your hands are steady or use extra tools to keep the video results from shaking.

I’m a bit sorry that the speaker setup of the OPPO Reno8 Z 5G is still mono, considering that the screen quality is quite good and can stream HD through platforms like Netflix. The plus point is that despite being thin, you can still find a 3.5mm audio jack on the bottom edge of the body. So you can use your favorite wired headphones.

In terms of features, the ColorOS 12.1 operating system based on Android 12 it brings is indeed rich in customization. However, OPPO also prioritizes some security features that can be considered quite additional, in addition to the latest Android version. An example is protecting privacy when sending photos, where OPPO Reno8 Z 5G can automatically delete location data before photos are shared.

Other additional selling points offered from the previous generation are also carried over to the OPPO Reno8 Z 5G, such as the Dual Orbital Lights. The two main camera modules on the rear body will light up with a blue light when there is a notification message, so users can still be aware even when placing the smartphone with the screen face down.

When it was first announced, there was a marked improvement in the specs on paper at this point. OPPO Reno8 Z 5G still carries the Qualcomm Snapdragon 695 5G chipset which is quite popular for smartphones of the same price range. In addition to supporting 5G, it also saves energy through its 6nm fabrication process.

This chip comes with UFS 2.2 storage, which is now twice as spacious, namely 256GB, which feels very fitting since the SIM card slot it carries is a hybrid. With this large memory, users can also take advantage of the Extend RAM feature. Expand the built-in 8GB RAM capacity up to 13GB. So what are the other improvements? 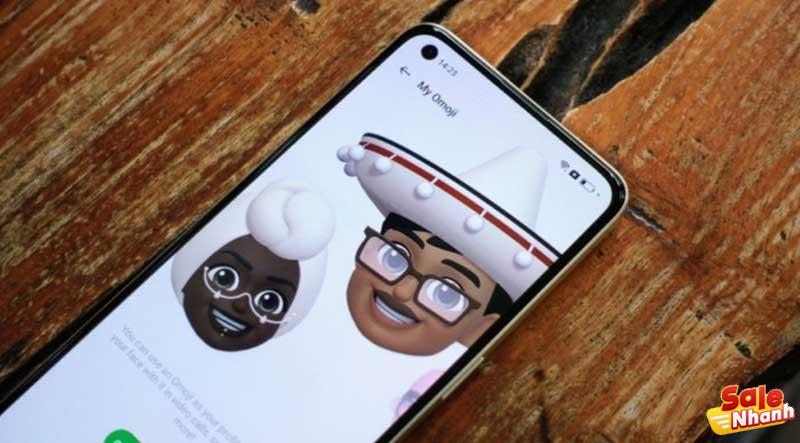 It is reported that the heat dissipation system on OPPO Reno8 Z 5G has been improved in order to be able to provide the best performance for a longer time besides maintaining the body temperature. On the last point, I never felt it even on the Reno7 Z 5G. So it seems that this benefit will be felt by smartphone gamers, as the gaming performance of OPPO Reno8 Z 5G is also quite good.

There is no doubt about the chipset, which by the name still uses the number “6” in front, because architecturally, the CPU used Kryo 660 Gold & Silver, plus Adreno 619 GPU. It is more optimal for some modern games, including heavy games like Call of Duty Mobile.

Just like the previous generation, the battery capacity of OPPO Reno8 Z 5G is not the largest in the segment, at 4,500 mAh. But don’t worry, because from the old version to this new version, you can still rely on it for more than a day. Due to the combination of hardware incidental power saving.

Call it the use of an AMOLED panel with a standard refresh rate, the chipset uses modern manufacturing, up to the latest ColorOS can optimally allocate the hardware. The advantage is that the battery of OPPO Reno8 Z 5G is not too large, so you do not have to wait long to fully charge. 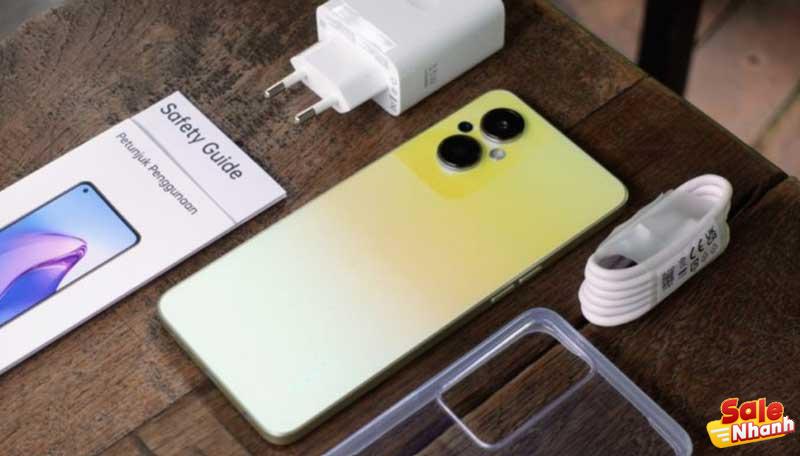 Supporting 33W SuperVOOC technology, OPPO Reno8 Z 5G battery can be fully charged from zero to full in less than 70 minutes. Already in the first 15 minutes, it can reach 32%. The most important thing to remember is that this maximum speed can only be achieved when using the default adapter. Even using a 65W adapter, it can’t reach the maximum.

In short, if you’re using the Reno7 Z 5G and don’t need more memory, there’s no need to upgrade. Many of the new features present in the form of software will likely be available through software updates coming later, including the Reno series that was released at least last year.

Overall, in my opinion, the OPPO Reno8 Z 5G appears as one of the most stylish smartphones in its class. Not only is it good-looking, but it also comes with useful gimmicks like the Dual Orbital Lights. Unfortunately, video recording quality and other aspects like screen refresh rate can be a factor for some people.