Well, OPPO has finally inaugurated the first Android tablet for consumers in Vietnam! After a long time on display at OPPO Gallery, the OPPO Pad Air has finally begun to be sold for less than 7 million and the design is very attractive compared to competitors.

Well, after Nokia, Xiaomi and Realme, OPPO Pad Air has joined in with the release of affordable Android tablet deals. Complete with additional accessory options and exclusive features exclusive to OPPO smartphone users. What is the best?

To be sure, the price is not the cheapest. The potential is a lot, but with a few caveats. So, you should check out the following full OPPO Pad Air review before deciding whether to buy it or not.

It always manages to impress its users. Naturally, by design, OPPO Pad Air looks quite stylish and different. Even the most affordable smartphone is designed in a way to look premium. Perfect for those Gizmo friends who want an attractive device on the go.

As the name suggests, OPPO Pad Air is designed to be quite thin and light, only 440 grams with a thickness of 6.94mm, aka less than 7mm. This thinness factor seems to make it feel lighter in the hand. Used a combination of glass on the front, aluminum and plastic on the back. So it still feels solid. 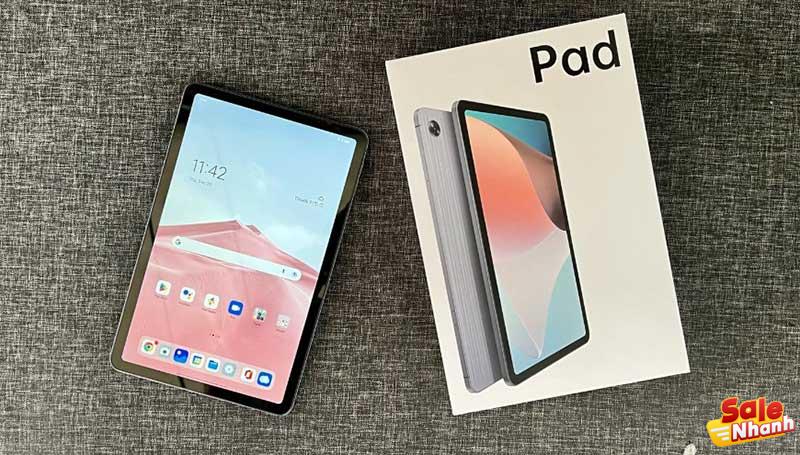 The most interesting part is on the back, where you can see there are two different types of textures. These two areas are made equal so that it is not easy to leave fingerprints, the protrusion of the rear camera is relatively thin. Well, this thinness factor is really useful for other aspects as well, namely when combined with other accessories.

OPPO Vietnam offers accessory options for OPPO Pad Air in the form of a smart case (Rp 299k) & a smart keyboard (Rp 799k). Both would be more suitable to be paired so that this device can be used more efficiently. Of course, it doesn’t add too much thickness and weight.

One of the most important parts for a tablet, the OPPO Pad Air screen measures 10.36 inches with four bezels just right—same width, quite thin, but still just right for fingers when held with a hand . How about the quality?

With 2K resolution, content is presented quite sharp, even when watching your favorite series because it has been certified Widevine L1. But for the size of the IPS display panel with the claim that it can display 1 billion colors, it doesn’t feel special. At a certain tilt angle, the contrast on the OPPO Pad Air screen looks a bit different.

Color temperature is also slightly bluish, aka less accurate. The refresh rate itself is standard, namely 60Hz. At least it’s sensitive enough to touch a finger or more, and it’s bright enough for outdoor use. There is something special, but it must come with additional equipment.

Yes, OPPO Pad Air can be paired with a stylus that supports up to 4096 colors depth. Of course it will suit you who like to sketch or something else. However, you have to pay an additional Rp 699k and the stylus has to be brought separately. 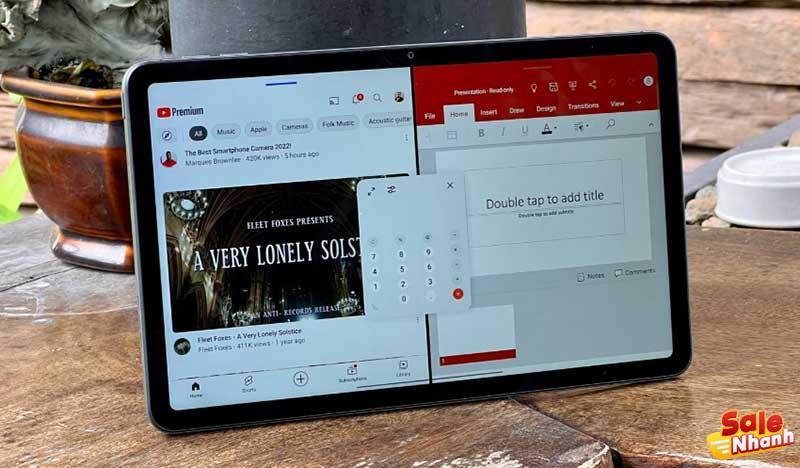 OPPO Pad Air runs the latest ColorOS 12 optimized for big screens, based on Android 12. So if Xiaomi’s MIUI for Pad is too simple and One UI on Galaxy Tab feels superior, so is the interface what about OPPO Pad Air? It could be said to be in the middle.

OPPO offers the option to run the split screen feature by dragging a line in the middle with two fingers, which is quite easy. Meanwhile, when connecting with an OPPO smartphone, the smartphone screen may appear on the tablet screen. Want to move files? Just drag and drop it. Great isn’t it?

Unfortunately, for other apps, it’s still the same as Android tablets in general. Most of the time only the smartphone screen is magnified, so if it is not accessed via split screen or floating window, you will feel like wasting screen space. It’s the fault of Google, not OPPO.

The four speakers on OPPO Pad Air give quite loud sound, although the quality is average. There is no 3.5mm audio jack, so another option is to use a TWS headset like the OPPO Enco Buds. Same goes for the quality of the camera, 8MP autofocus on the back and 5MP on the front. Standard for tablets, without extras like providing ultra-wide viewing angles, for example.

For a tablet that costs IDR 3 million, various vendors offer their own options with chipsets released from various manufacturers. Starting from Unisoc, MediaTek, to Qualcomm. To ensure the performance of OPPO Pad Air runs smoothly, a Snapdragon 680 chip that has been manufactured on the 6nm process has been embedded. A chip that is known to be quite fast in its class and energy efficient.

As for the amount of RAM and internal memory, unfortunately not the most spacious, 4GB & 128GB respectively. As for the RAM, there is an option to add up to 3GB via the Expand Memory feature. Meanwhile, if the storage feels less spacious, there’s a microSD card slot.

Opening and closing apps, multitasking, etc., OPPO Pad Air feels quite nimble. There aren’t a lot of extras embedded, so that might help keep it from getting heavy. Even if you want to play casual games, you will feel comfortable thanks to the large screen.

With a thickness and lighter weight than competitors like Redmi Pad, it is natural that the battery capacity of OPPO Pad Air is slightly reduced. With 7,100 mAh, of course this tablet is still very enough for 1-2 days of use. Because the intensity of our tablet usage is not as high as that of smartphones. 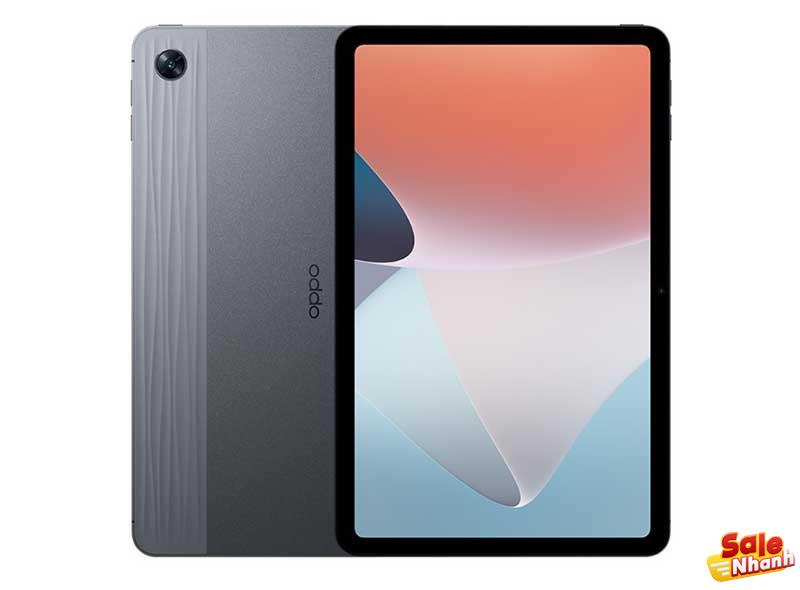 Unless it’s used a lot as a secondary display, watching movies and other things really keeps the screen bright. It’s new, it might end before nightfall. But with the energy-saving chipset, OPPO Pad Air will last longer, even in standby mode. In the sales package, OPPO still comes with a charger, adapter and cable.

Through support for 18W fast charging, OPPO Pad Air will take about 2.5 hours to fully charge. Definitely longer than smartphones in general considering the large battery. Not the fastest, nor the slowest, as the average tablet takes over 2 hours.

This tablet might be the best choice for Gizmo friends who want an affordable device with the most stylish design. In addition, the ability to make it work much more efficiently, through a number of additional accessories that are easily obtained officially—some competitors do not offer the same.

However, if only comparing specifications, of course OPPO Pad Air feels inferior when compared to Redmi Pad for example with 90Hz screen, larger memory & battery and faster chipset. Which three factors are more important with stylus support and the availability of a smart keyboard? Of course, depending on the needs of each Gizmo friend.