Luffy and the rest of the Straw Hats are back singing in ‘One Piece Film: Red’. A film directed by Gorō Taniguchi and produced by Toei Animation. It is the 15th film in the One Piece series, based on a manga written and illustrated by Eiichiro Oda.

‘One Piece Film: Red’ was first announced on November 21, 2021, to commemorate the premiere of the One Piece episode 1000 anime. Its world premiere at Nippon Budokan, Tokyo on May 22 July 2022, to celebrate the 25th anniversary of the One Piece manga and was released in Indonesian cinemas on September 21, 2022.

In partnership with BStation X One Piece Film Red, the Fan Screening will be held at CGV Grand Indonesia on September 16-17, 2022, before the usual official screenings on May 21. 9 year 2022.

Uta (Kaori Nazuka) is the most loved singer in the world with many fans. Uta claims that he hates pirates and wants to make the world happy by calling it a “new era” without pirates. He gave concerts and invited a lot of fans.

He will perform publicly for the first time at a live concert . The concert venue is full of pirates, while the Navy is behind it all. The beauty of Uta’s singing hypnotizes Luffy (Mayumi Tanaka) and the members of the Straw Hats.

Luffy reveals that Uta is the son of Shanks (Shûichi Ikeda). It caused a new chaos and trouble. Uta becomes a rival to the Marines and pirates to attract Shanks. What will happen to Uta and Luffy? 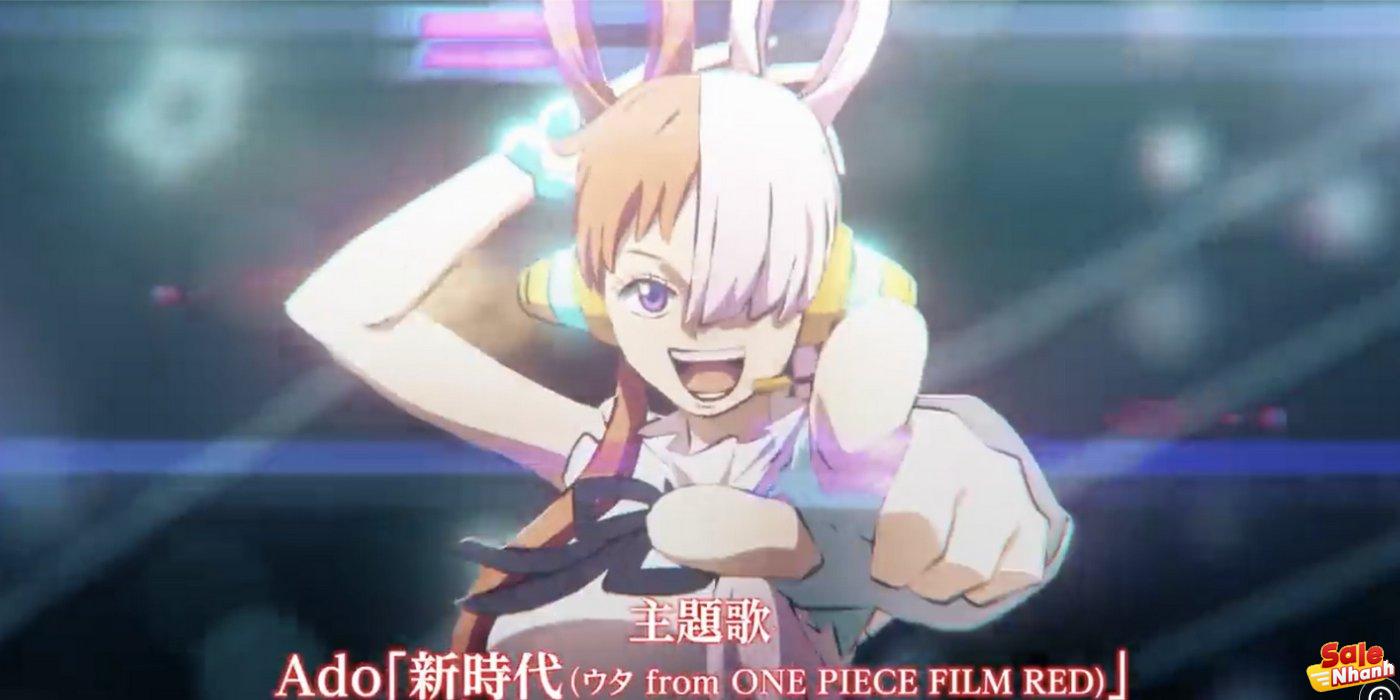 The appearance of the long-awaited character Uta makes the presentation of this film full of musical nuances. Luffy’s prologue reveals that Uta is the son of Shanks, one of the Yonko (The Four Pirates that Rule the Oceans) who ignited the mystery towards the end of the war, becoming the premise of the genius in the movie’ One Piece Film: Red’ with Tot Musika as the main focus.Almost every important scene is conveyed by Uta through his song. Starting from the rhythm of J-Pop, the quality to the spirit of rock shakes the stage. Don’t worry if you don’t focus on Uta’s vocals, as the lyrics of each song don’t really affect the whole story.

Each song is voiced by Ado, a 17-year-old singer who is delightfully scoring in every scene. The background of Little Uta with Luffy is accompanied by a soothing song. Even the excitement of the climactic battle matched Uta’s song perfectly.

Maybe for those who are not used to serving action movies with songs, they will tend to find it boring. Furthermore, the song sung by Uta in the movie ‘One Piece Film: Red’ is a new song. Don’t worry, all the music in the movie is good music and will leave an unforgettable mark in the audience’s ears.

Unlike other anime, One Piece remains consistent with much of the action with 2D visuals. Some wallpapers when Uta sings are supported by CG3D. The rest of the classic 2D anime depictions, with large-scale combat effects, are still the mainstay of the One Piece anime.

Each character is also beautifully illustrated, even with new outfits, with the exception of Shanks, Kizaru, and the Marines who never seem to change their clothes. Adjustments to the description of this 2D anime can still be combined with the visual effects of Uta’s singing with vivid colors.

Complementary to the story of Shanks and Luffy

All adventures of Luffy and crew, was Shanks ‘Straw Hat’ original impulse for Luffy. Some scenes not found in the One Piece series, such as Luffy knowing Uta are shown in full detail in this movie.

A story that focuses solely on Uta and his background, seems flat until the middle. But towards the end of the game, every secret is revealed, which will make the graphics soar along with the eye-catching action.

Who else is waiting besides Shanks’ action? Shanks and the Red Hair Pirates joined the fight at the end of the war, satisfying all speculations. Moreover, the duet of some crew members was in a relationship, such as Usop and his father Yasopp.

Not only these 2 pirates, the Marines also enliven the hunt for Uta which is considered dangerous by the World Government. On the other hand, the law of pirates and Bartolomew, as well as the gang from Big Mom also add vibrancy to the action at this Uta concert. The sheer number of characters makes the story light as jokes where they might hate each other.

What’s unique out of the excitement of the war is the tool Uta uses to broadcast his song to the world. What can be seen in the anime series is just a phone, but this den-den mushi adapting to the age of streaming is key for Uta to spread his song to gain many fans.

Uta, who can control all the characters in his world, but not by their powers. Characters can still use their powers, even against Uta himself. The world that Uta creates through his singing should be able to control everything as it is based on his imagination.

There was even a time when Bartolomeo locked him up so his voice couldn’t penetrate his artificial barrier. And also at the end of the match, Uta was unable to control himself. A strange contradiction but perhaps that is Uta’s weakness.

The movie ‘One Piece Film: Red’ this time is different from the previous screenings, full of musical nuances from the main character Uta. The new mystery of Shanks’ children draws on many of the characters that enliven the film. From Pirates, Marines, to World Government. All eyes were on Uta and Tot Musika.

The story from Luffy and Shanks’ background gets stronger and stronger with this Uta character. We are transported back to Luffy’s childhood meeting with Shanks, and his relationship when Luffy is now the 5th Emperor of the Ocean.

The supporting characters of the final battle became a voyeuristic climax for fans. While not as much as the previous ‘One Piece Stampede’, the focus of the fight was only on strengthening Luffy’s motivational background to become a pirate.