The city of Mosul has fallen into the hands of ISIS fighters. A group of SWAT teams lose command, trying to kill every ISIS fighter they encounter along the way.

They also rescued some residents who were sent to refugee camps. Time and again in precarious situations and members dying, this team must fulfill their original mission.

Mosul is an action film set in the 2016 battle of Mosul. This American-made film directed by Matthew Michael Carnahan is based on an article by The New Yorker titled “The Desperate Battle to Destroy ISIS”.

Will the film’s premiere at the Venice Film Festival be stressful? Check out the following review that will thoroughly evaluate the film shot in Morocco.

Summary of the movie Mosul

Kawa, a young Kurid cop who has just begun his duties, is asked by Major Jasem to join them. The reason is because he has a common enemy, ISIS, who killed his uncle. And his partner, Jameel, later brought and cared for Uncle Kawa’s body from there.

The SWAT team is on the move again to complete their mission. Entering an old hotel, they rested for a while. Kawa and Major Jasem saw Jameel signal to ISIS, then they brought a bomb-laden vehicle to the point.

The bomb blast killed one of the SWAT members. Major Jasem gave the dead member’s ax to Kawa. 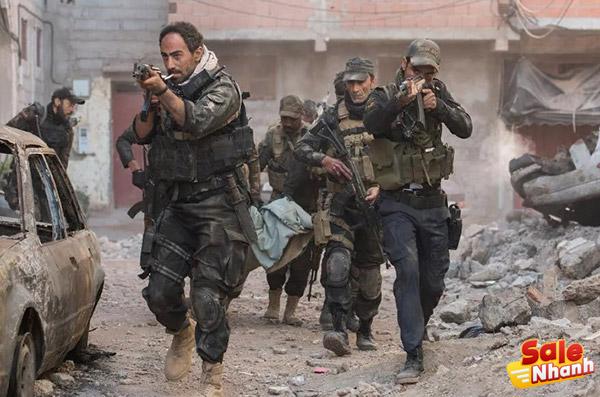 They began to enter the area of ​​the city controlled by ISIS. They were suddenly attacked by snipers from the rooftops, killing some of their members again.

Major James and some other members sneak into the building where the sniper is and stop his action. When a drone strike arrived and blew up a Humvee, they were helped by the actions of an Iranian PMF colonel.

Colonel Isfahani, leader of the Popular Mobilization Forces (PMF) from Iran, accepted to exchange ammunition for several cartons of cigarettes. But there is tension when Major Jasem checks the prisoners and finds Jameel among them.

Major Jasem and Colonel Isfahani had an argument that ended when Kawa killed Jameel with his ax.

They moved again into ISIS territory. One of their members was shot dead by a comrade in the gunfight and Kawa was wounded by Waleed’s missed grenade. They kept moving and managed to get into ISIS headquarters. After killing all the warriors, they rested for a while.

Major Jasem, who was used to picking up trash, was hit by a trap bomb behind the basket. He died instantly. All SWAT members are grieving.

What will they do next? Will they continue to complete the mission they started, or will they withdraw because there is no leader left? You will find the answer by watching this movie until the end.

Review of the movie Mosul

War movies from a local perspective 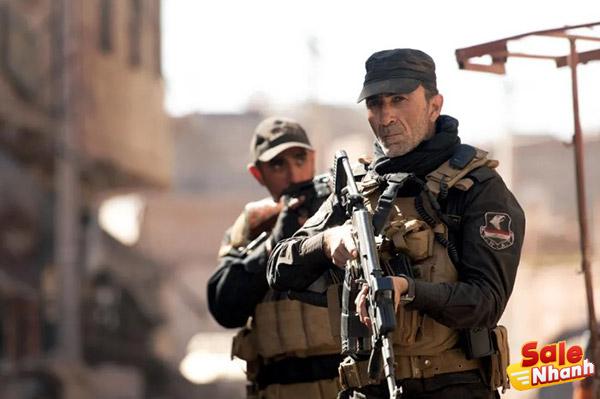 Maybe many people think that the movie of Mosul is an Iraqi or other Arab production. In fact, this movie is a Hollywood production produced by the Russo brothers.

This film is also the directorial debut of Matthew Michael Carnahan, who wrote the screenplay about the war in Arabia through The Kingdom (2007) and Lion for Lambs (2007).

Due to the authenticity of the story, the entire cast is played by actors from Iraq and uses their own language.

This concept was used by Clint Eastwood when making the film Letters from Iwo Jima (2006), in which Japanese is used throughout the film. That way, the story will seem relatable and without the awkwardness of the movie.

If we used to see war movies about the Arab invasion from the perspective of the American military, now from a local military perspective it brings us closer to the story. Also, there’s no US military intervention in this movie, if you’re tired of superpower patriotism.

It is said that the SWAT team consists of policemen born and raised in the city of Mosul. The city that was once beautiful before the American invasion and ISIS presence has been devastated by war.

The production team tried to show detailed background images of the Mosul city location, which was full of building debris and burning cars by the roadside.

The story of this 1 hour 41 minute film is based on the true story of Nineveh’s SWAT team, who remained as guerrillas in the city during the Battle of Mosul to defeat ISIS fighters independently.

They are not affiliated with any party because they are considered dead by the Iraqi military. They disobeyed the orders of their new commander, who ordered them to retreat and abort the mission.

The setting of this film is at the end of a year-long battle, exactly when ISIS is about to leave Mosul. The mission of this SWAT team is not to destroy all remnants of ISIS in its headquarters, but only to save their family members.

The cruelty of ISIS is not clearly shown in this film, only heard from the radio and the news on TV is also not shown vulgarly.

We only get to see the effects of their disgust, such as two small children carrying the bodies of their mother and Waleed’s pregnant wife being raped by ISIS fighters. The rest, the image of the destroyed city resembles the concept in the movie Full Metal Jacket (1987). 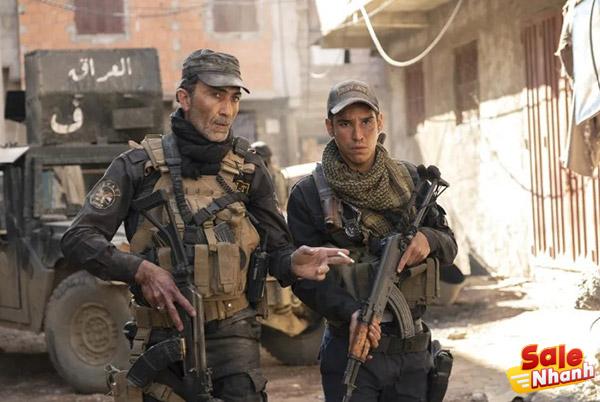 In war movies with a one-day story concept, such as this Mosul movie, the characters’ backgrounds are not directly explained in an understandable way.

We will be asked to be patient as each of these soldiers begins to tell stories about themselves on the sidelines of battle. The concept of the character description of this film is almost identical to that shown in the film Black Hawk Down (2001).

So we needed actors who could execute their respective characters continuously and put more emphasis on expressions and gestures rather than dialogue. And this film with pretty good cinematography features Suhail Dabbach as Major Jasem and Adam Bessa as Kawa.

Major James is described as a leader who is highly respected by members of the military, who even regard him as a father figure. He is not afraid to negotiate with unknown parties and is sure in making decisions.

The unique thing is that on every occasion at any location, Major Jasem always diligently cleans up the scattered garbage and throws it in the right place. Since they rested in the hotel, in the PMF hideout, to the ISIS headquarters, which actually killed him in a bomb explosion under the basket, he continued to carry out these operations.

Psychologically, this little thing Major Jasem did reflects his intention to wipe out the evils of his homeland, including the eradication of ISIS. And when he died, there was a moment of shock and grief creeping into our hearts, because we were so drawn to this character throughout the movie.

At first he was always suspicious and seemed to have thought a lot. Battle after battle made him mentally stronger, as well as a tendency to be born with the trauma of war within him.

It is reported that after this film was widely spread around the world, some actors playing members of the SWAT team received many terror and death threats from people claiming to be ISIS. on social networks.

Produced based on a true story, this film must adhere to true values ​​and all parties involved give good feedback. Everything displayed on the screen looks realistic, even the footage is not overdone.

Using a camera that tends to be still, not moving as fluidly as in the movie Extraction (2020), for example, doesn’t detract from the fun at all. In fact, the details of the SWAT team’s action are beautifully rendered through the movement in the formation and the way they hold and fire their weapons.

The bomb explosions in some scenes were also not made great, so it didn’t seem like an exaggeration. Even so, we can still get carried away in every battle where they face the corresponding tension even though our adrenaline is not so high.

As a war movie, Mosul focuses on the dramatic aspect rather than the action level. The battle scenes are realistically presented so it feels close to reality. The development and depth of the characters are built quite well, so that when there are tragic scenes, we can’t help but feel emotional and sad.

With a different perspective, Mosul can be the first choice for those who love war movies. And when this movie hits theaters or on your subscription streaming platform, it’s not to be missed. It is definitely interesting and authentic. Like watching!