Marvel Doctor Strange in the Multiverse of Madness movie review

The Marvel superhero movie Doctor Strange in the Multiverse of Madness will premiere in cinemas in Vietnam starting May 4, 2022. Doctor Strange 2 directed by Sam Raimi produced and written by Michael Waldron, is a sequel to Doctor Strange (2016) that brings back Benedict Cumberbatch as Stephen Strange, with Elizabeth Olsen and Chiwetel Ejiofor as co-stars.

Marvel Studios has officially released the latest trailer for Doctor Strange 2 via the twitter account @MarvelStudios. The 2 minute 17 second video depicts the atmosphere of the city being shocked by the appearance of a new and mysterious enemy. The film tells the story of the main character after he casts ultimate magic at the end of Spider-Man: No Way Home. 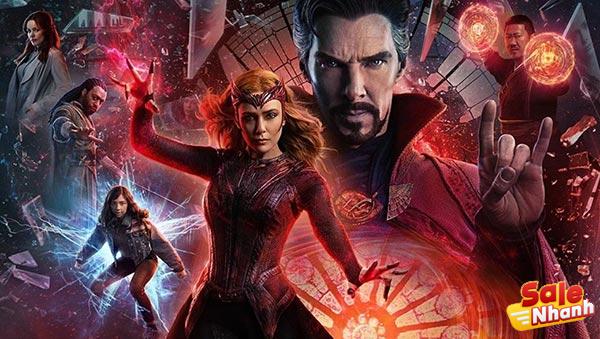 The plot of the movie Doctor Strange 2 follows the struggle of Stephen Strange (Benedict Cumberbatch) facing various strange events due to the wide open universe door after the events of Spider-Man No Way Home.

It all started when Strange experienced a series of scenes while he was sleeping. In the vision, a character looks like he’s trying to escape and fight monsters in an alien universe. Next to it is a girl and they try to overcome many different moves to avoid the monster.

At the end of the path, they found an altar with a short shining pillar in the middle. There, there is an object similar to the Book of Vishanti.

Strange tries to reach the book to defeat the monsters and get out of the universe. But on the other hand, Strange must also protect the girl with him so that the monster does not have this woman’s power. 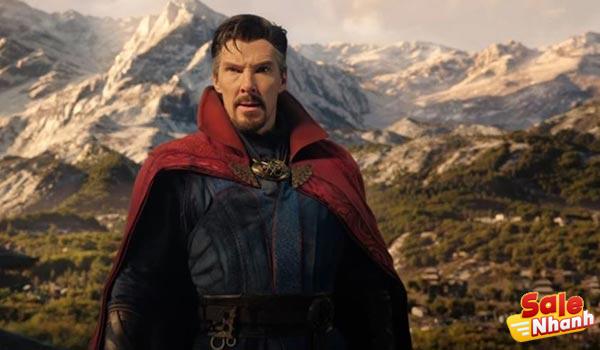 He also participates in a fierce battle, until all are cornered, the girl radiates great strength and blinding white light. Stephen Strange wakes up from his long slumber. He’s had a lot of nightmares in the past few days. Despite his doubts about his nightmare, he still has to attend the wedding of the woman he loves, Christine Palmer (Rachel McAdams).

Christine eventually decides to marry a man after a relationship that Stephen feels seems hopeless. The man who attracted Christine was actually a Doctor Strange fan.

In the midst of Christine and Stephen’s brief conversation about why they can’t be together, a riot breaks out in the streets of New York City.

Suddenly, many buildings collapsed, power poles fell, cars were crushed. The problem is caused by something not visible. When Strange finally decided to intervene, he caused the creature to reveal its true form. An octopus-like creature with many tentacles but only one eye encountered Strange while he was lifting a bus until it overturned and a girl was trapped in it.

Strange also participated in a battle with the monster and he tried to protect the girl. Wong (Benedict Wong) then shows up to help. But the monster looked hard to defeat and continued to target the girl. It took a lot of hard work for everyone to deal with the monster. Strange and Wong then interrogate the girl for more information. The girl who identifies herself as America Chavez says she comes from another universe.

Strange realized that Chavez was in his dream. But Chavez assures that what Stephen Strange saw or experienced was not a dream, but reality. 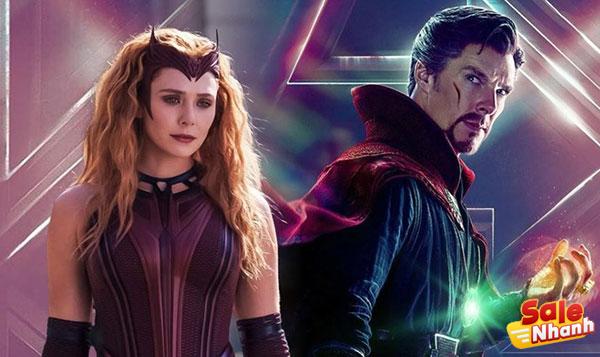 Chavez then brought Strange and Wong to see proof of the existence of the other universe leaving the two superheroes stunned and confused. They then decide to look for reinforcements who understand the multiverse, their choice falling to Wanda Maximoff.

In teasers and trailers previously released by Marvel, it shows the presence of Wanda Maximoff (Elizabeth Olsen), who was last known to be researching the Darkhold and trying to learn how to control Ghost Chaos. art she went through.

Doctor Strange in Madness’ Multiverse is the second story of Doctor Strange (2016) and will take place after Spider-Man No Way Home, WandaVision, and Loki.

Sam Raimi previously revealed that Doctor Strange in Madness’s Multiverse will change the image of Doctor Strange (Benedict Cumberbatch). The director said the sequel will teach the wizard to trust others. Will Doctor Strange’s efforts succeed? Please go to theaters to find yourself the answer as soon as possible, especially if you are a fan of the marvel universe

For fans of Doctor Strange, keep an eye out for the movie’s release schedule and theaters. Doctor Strange in the Multiverse of Madness will premiere on May 4, 2022. For fans of Marvel movies, don’t forget to mark your calendar so you don’t miss it.