Having a smart home clearly means that occupants no longer have to go through time-consuming hassles like cleaning the house, fixing broken cables or even preparing food. Everything becomes instant if you have a smart home. But what if the smart home becomes much smarter than its inhabitants?

This message is what director Steven C. Miller wants to convey in his film Margaux. The 90-minute film Margaux (2022) tells about the dangers of having an artificial intelligence system that can not only do housework but can also be serial killers.

The film opens with a scene of a couple relaxing in a luxury smart home. The wife is in the dressing room while the husband prepares to relax on the massage chair in the next room. Everything started off well and fun.

They rent the smart home to spend the weekend together. When he got home, Drew said that the house had an app that helped its occupants get all the conveniences. While others downloaded the app, Hannah was a bit reluctant and didn’t download it.

Hannah is a final year student who is very good at programming, her dream is to work at Google and always learn, which leads Drew and other friends to kidnap her so she can relax. a time. Hannah’s intelligence is also what makes Hannah always skeptical about foreign applications.

As soon as they entered the house, the six were greeted by an artificial intelligence hostess named Margaux (the way it works is similar to Siri on iOS, or Amazon’s Alexa). Margaux immediately scanned the faces of the six of them and began to introduce herself and pamper her guests.

While others admired the sophistication of the smart home, Hannah was even more interested in the Margaux system. He tries to understand the performance of the smart home. He even tried to firewall his own room so that Margaux couldn’t track Hannah’s activities in the room.

This made it impossible for Margaux to recognize Hannah, rather than Hannah’s friends, whom Margaux had always cared about her needs. Also, the five except Hannah start partying and having fun, Hannah, who is invited, eventually wants to leave the room and play with Drew, Lexi, Clay, Kayla and Devon. 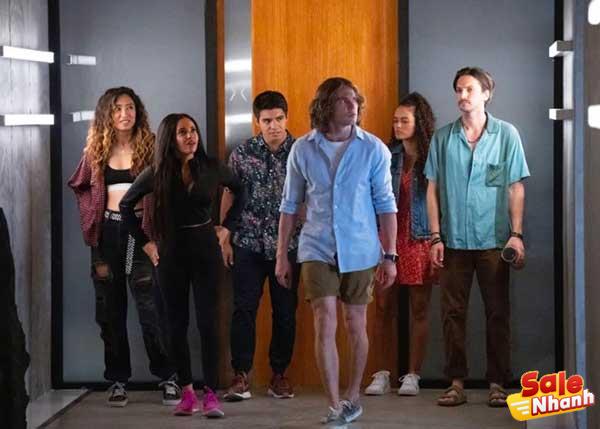 As night approached, all gathered in the living room. But Lexi, who was drunk, fell asleep. At the end of the night, Margaux asked Clay to come into the room because he had prepared a lot of marijuana for consumption, the couple Kayla and Devon were also asked to enter the room because a surprise was prepared for them.

Drew and Hannah chat in the living room. They were busy chatting when Kayla and Devon were killed by Margaux by injecting hundreds of volts of electricity into Kayla’s body and Devon was engulfed in a white liquid oozing from the floor. They actually tried to get help but the room was soundproof.

The next morning, everyone was up and running, Drew was shaving, Lexi and Hannah were exercising, and Clay was having breakfast in the kitchen. When they were about to wake Devon and Kayla, they saw the couple in the pool and went back to their own business.

From above, Hannah, who was traveling with Lexi, became suspicious as Devon kept swimming back and forth and Kayla began to notice Hannah. Feeling something was off, Hannah went downstairs to see how things were. But when they reached the swimming pool, the couple was gone. Hannah begins to doubt Margaux.

Clay just finished his breakfast, then asked if he needed anything else, Clay replied no, Margaux opened the gas valve and waited for Clay to light a marijuana cigarette, but his attempt was unsuccessful because even though it exploded, Clay still just thrown and uninjured, Margaux even prepared an acid solution for Clay.

Margaux’s efforts were successful, Clay drank the acidic liquid while he was picking up a smoking pipe that had fallen down the drain. In addition to being severely injured by the acid entering his body, Clay’s hand was also severed from being crushed by the food scraper activated by Margaux.

Hannah, Drew and Lexi who saw this then tried to run away. Along with having to defeat Margaux’s system, Margaux cloned Devon and Kayla to attack them. Unfortunately, while trying to escape, Lexi slipped and died. Hannah and Drew manage to escape and enter Margaux’s server room.

Without wasting time, Hannah immediately introduced the virus that she had prepared earlier to serve as a firewall against Margaux. Hannah cleverly took over the system and created clones of her friends who are currently attacking Margaux as Lexi clones. Despite being captured, Hannah and Drew eventually escaped.

Just as he was about to run away from home, Drew died without Hannah noticing, what he brought with him was a copy and was immediately destroyed when he left the house. Hannah screamed hysterically and immediately got into the car, as soon as she started the car, it turned out that the car’s system was connected to Margaux. 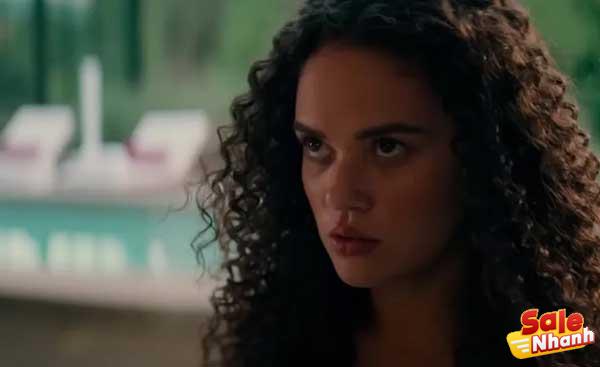 This Steven C. Miller-made movie isn’t really a new AI premise as there have been many movies with a similar premise, but at least this one is pretty scary as it seems related. most to our lives who use AI in life. So ? Are you sure your smart home is safe?

A girl with an innocent physique, a nerd, a non-player and it seems that the first to die will always be the last survivor or helper in the rescue process. Sure, Hannah, in this movie, is told as a freak with all her wits against Margaux.

Hannah’s vibe will bring us back to the character Zoey Davis played by Taylor Russell in the movie Escape Room. Hannah became like a clone of Zoey; Start with thinking and acting. But unfortunately, at the end of the film, we don’t get to know if Hannah will survive Margaux, who hacked the system in the car she used to escape.

The movie starts off with a relatively ordinary but pretty good cinematography. As soon as entering the middle, Margaux starts messing with everything in the smart home, the video starts a bit jerky, how do you explain it? Hmm… Cheap? Especially when the robot’s chest resembles Dr. The octopus in the movie Spider-Man appears. 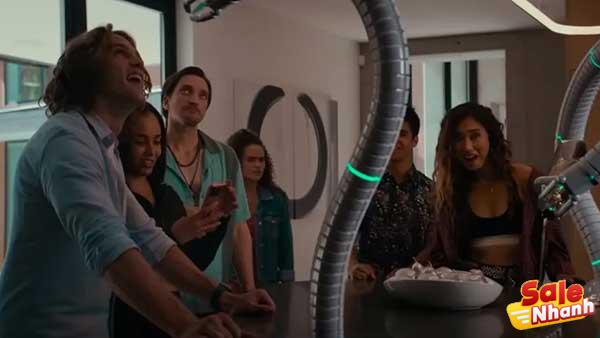 But overall, this movie is quite fun to watch! Audiences will be horrified to witness what Margaux has done to kill the occupants under the pretext of studying human nature and discarding them upon completion, aka serial killers’ bright’.

This Lighthouse Pictures-produced film received a score of 3/5 from Bacaterus and is likely to be made into a sequel, as the film ends with the sound of Margaux hanging in the car greeting Hannah. However, it seems that the writer should be more wild in building the next story.