Killer dolls have become popular icons in the horror genre over the years, among them Chucky and Annabelle. Meanwhile, devil toys and dolls have long held a special place for horror movie fans. At least since the airing of ‘Dead of Night’ in 1945 or through an episode of ‘Twilight Zone’ called ‘Living Doll’ in 1963.

The theme of the lack of human control over AI (Artificial Intelligence) or robots began to appear from the time Fritz Lang made ‘Metropolis’ in 1927 until ‘2001: A Space Odyssey’, the mythical work. Stanley Kubriks’ dialogue then followed into the ‘Terminator’ ‘ or ‘Avenger’ saga.: Age of Ultron’.

The union of the two themes was even worked out in the 2019 remake of the 1980s classic ‘Children’s Play’, in which the Chucky doll started killing people not because of a serial killer. Voodoo practice series, but because of a modified computer chip. And at the beginning of the new year 2023, there is M3GAN which stands for Model 3 Generative Android, like a doll with the latest advanced technology that begins to terrorize anyone who tries to stop it.

M3GAN is a marvel of artificial intelligence (AI), a doll designed to resemble a human and programmed to be a child’s best companion and parents’ best partner. Designed by Gemma (Allison Williams), a smart and ambitious robotics engineer, M3GAN can listen, observe, and learn as it acts as a friend, teacher, carer, and caregiver. protect. 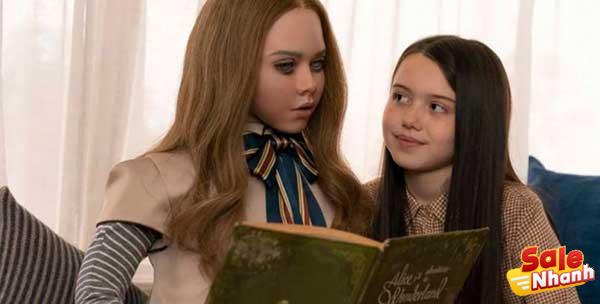 When Gemma unexpectedly became the adoptive parent of her 9-year-old niece, she decided to give her a prototype of M3GAN. A decision that then leads to fatal consequences that are completely unexpected.

Gemma, a single toy designer works for a famous toy company and her life focuses on her career. Her life began to go through turbulence when her sister and husband died in a tragic accident. Gemma is then given custody of her niece, Cady (Violet McGraw).

Gemma, who was clearly unprepared for her new role, was completely disoriented and despite working as a toy designer had no experience with children. In addition, Gemma is focusing on her new project to create AI that can interact and respond like humans.

With all her turmoil, Gemma feels that she has an opportunity to reconfigure M3GAN to not only be a high-tech doll, but also a surrogate parent that continues to evolve to meet her needs. meet the needs of a child.

M3GAN became a playmate, babysitter, confidant, and soon because Gemma didn’t want to work alone, M3GAN became Cady’s primary babysitter. Cady, this poor little girl is completely devastated by the death of her parents and has no friends her age in her new place, M3GAN is definitely the perfect candidate to be Cady’s friend.

Their friendship immediately changed Cady, Cady quickly recovered from the sadness. However, when the bond between the two becomes so strong that Cady can’t live without the doll, blood begins to spill, violence ensues and chaos reigns.

M3GAN raises a point about the dependence of today’s society, sometimes too much dependent on technology. Cady is addicted to playing M3GAN all the time, addicted to being a real smart doll.

Here, we can see that technology has taken over our daily lives and how we depend on it. And in this case, about the potential harm technology has on children’s development.

Of course, M3GAN does not introduce a completely new concept. The film is based on ideas that appear over and over again in the Sci-Fi thriller, about our over-dependence and misplaced faith in machines and technology. And all of a sudden, M3GAN really puts sadness in the middle of the building tension with humor interspersed with the eccentricities of killer dolls.

Unfortunately, however, this sadness does not appear, especially in the character Gemma, about the death of her sister. And how she lacks empathy in the face of the sadness and heartbreak Cady has gone through, even though it’s clearly depicted that Gemma isn’t ready to be a parent. There is an emotional disconnect that is evident in Gemma’s character development. 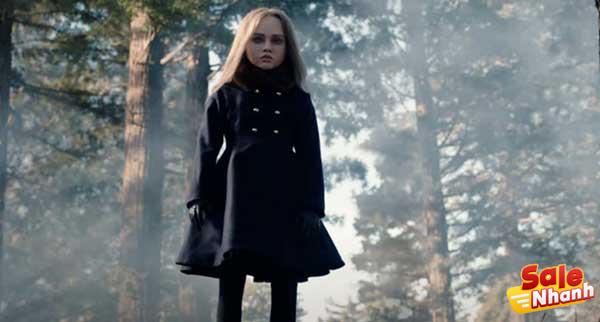 And there are some mini-lots that just act as a mere presentation, without any tracking. Like a plot about corporate espionage but without further exploration. In terms of visuals and VFX from M3GAN, the smart killer doll looks really great. M3Gan itself was created with a combination of puppets, animators, VFX, actresses, and human voices (Amie Donald voiced by Jenna Davis).

Another thing is that once M3GAN is alive and engaged with Cady, that’s when the fun begins. The doll learns, plots, stalks and she will stop anyone from threatening her friends.

And what’s even more interesting is how the doll interacts with humans. M3GAN knows what to say and what songs to sing to entertain the little ones. And so the competition between Gemma and M3GAN as Cady’s babysitter had hilarious and tense results.

M3GAN is an entertaining sci-fi thriller with a bit of suspense, humor without being too bloody.