In a family, conflicts between husband and wife are common. Mistakes many times, little hearts are always willing to forgive. However, what if this causes one of them to leave and no longer send messages? Longing and disappointment must be the dominant emotions. Until one day, one has to accept that all that remains in his heart is only love and regret.

Mrs. Lin has had to take care of her three daughters alone since her husband left. One day her husband returned but was soon gone and this time for good. Little Big Women, a Taiwanese family drama, is ready to warm your heart in this cold weather. However, before that, what if we read the summary and review first? Check out the explanation below!

Mrs. Lin Shoying (Shu Fang Chen) has a birthday, but as usual, she takes care of the store’s needs by herself. Early in the morning, Mrs. Lin went to the fish market. Bought all the essentials for the shop his daughter ran. After breakfast with his daughter, the famous Tainan restaurant businessman picks up his nephew Clementine (Buffy Chen) at a train station.

Mrs. Lin is a hard-working woman. He opened a business by selling shrimp rolls starting from the roadside. Thanks to her hard work, Mrs. Lin was able to own a famous restaurant, while supporting her three daughters, Ching (Ying Hsuan Hsieh), Yu Yang (Vivian Hsu) as a plastic surgeon, and Jiajia as a plastic surgeon. (Ke Fang Sun).

That same day, Jiajia suddenly received news from someone saying that her father was at the hospital. Not long after Jiajia arrived, her father passed away. Before he died, his father said that he wanted to go home. This news was immediately noticed by Madam Lin, but the woman seemed to feel something different.

Discomfort, disappointment, and sadness were evident on his not-so-young face. Obviously this feeling is due to the husband has not known whereabouts for decades, as well as no news for himself and the children. In front of her three daughters and grandchildren, Mrs. Lin appeared cold. He even went on to celebrate his 70th birthday party. 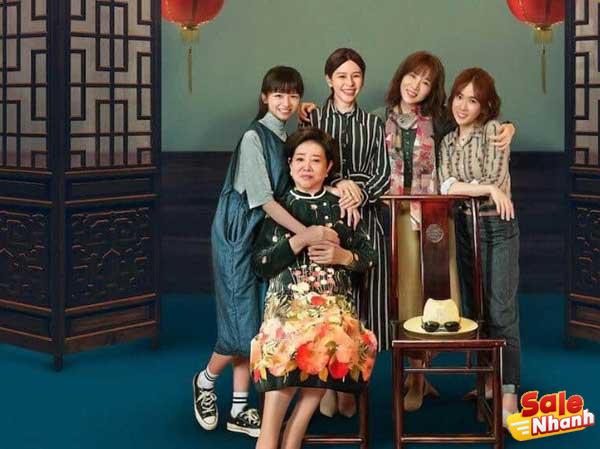 However, after the party, she secretly went to the hospital, to find out who had brought her husband to the hospital. It is known that her name is Tsai Meilin (Ning Ding). Arriving at home, Lin packed up her ex-husband’s belongings. As he folded and rolled his tie, his memory flashed back to the past.

At that time, Lin, who was serving the buyer, received a divorce letter from Chen Bochang, her husband. Lin asked Chen how many forests he had to marry another woman. Although he always gives money to whatever business plan his husband has.

Chen said that many people have learned of his disappointing attitude towards the Lin family. If they continue to be together, it will hurt his self-esteem. Chen feels that he will be looked down on for the rest of his life. Having said that, Chen went to Taipei.

The day of the funeral has arrived. Together with Jiajia, Mrs. Lin took care of her husband’s funeral. Exactly in another place, in the hospital, Ching is being checked, but she can’t do it. Before that, Ching felt something was wrong in his chest.

In the evening, mother and daughter gather together to eat fast food while reminiscing about the past of their father and husband. They burst into laughter as they recalled the humorous details surrounding Chen’s habit of hanging out with women and mounting debt, as well as the suffering Mrs. Lin had to endure.

The story continues when Jiajia contacts Tsai Meilin by phone. He informed that his father’s body would be buried in Tainan, not in Taipei. Tsai only ordered Jiajia to read the sutras, as both Chen and she were Buddhists. Meanwhile, this goes against the beliefs of Ms. Lin and her family, which adhere to Taoism. As a result, two religious ceremonies are held simultaneously, like a contest.

Until one day Mrs. Lin secretly asked Clementine to find Tsai. Did they meet? What did Mrs. Lin have to do to meet that woman? You can watch the Little Big Women sequel on Netflix starting February 5, 2021.

Women and their power 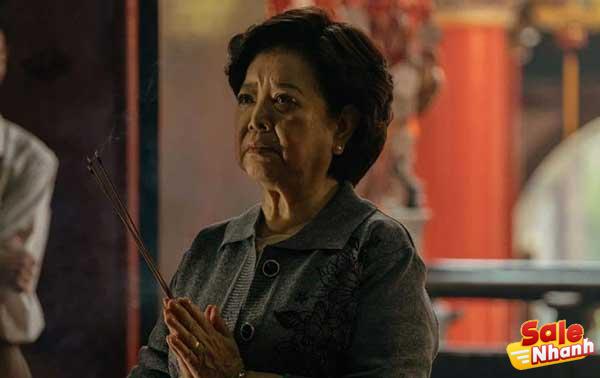 Little Big Women presents a story of great and strong women. They are Mrs. Lin, Tsai Meilin, Jiajia, Yu and Ching. Mother and daughter are wonderful female characters that you can meet in this movie. Conflict, each conflict is shown from the beginning of the film, not too dense but creating a very real feeling.

This film shows a reality in society, how a woman deals with her problems. How long can they suppress their pain, even for decades, and still perform their motherly duties. You can see this in the character Mrs Lin.

There is an interesting but real thing in this movie, which is the procession of the father’s palanquin. Ms. Lin insists that her husband is a devout ascetic, so she feels that funeral arrangements should be done according to the teachings of her faith. Meanwhile, after decades of not being together, Mr. Chen is now a Buddhist.

There, there was an encounter between Ms. Lin and Jiajia, who was ordered by Tsia to read the Sutra on Mr. Chen’s body. When a group of people came to pray for Mr. Chen’s body in a Buddhist manner, Ms. Lin simultaneously held a Taoist religious ceremony.

Through this scene, we can see both religious issues are also mentioned in Little Big Women. It is still something of a niche in social life, especially in a pluralistic Asian society.

Conflict of a mother and her three daughters 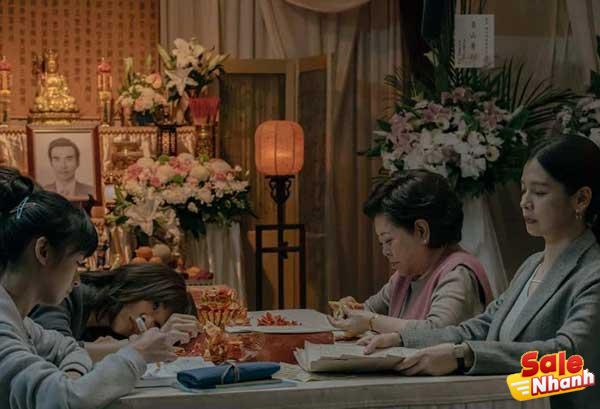 Of her three children, Jiajia and Ching are described as looking very contrasting, expressing their disappointment in their mother. Instead of soothing or accompanying them, they had some disagreements with Madam Lin. Jiajia even shows her affection for Ms. Tsai, another woman who has been with her father for the past decade.

The conflict between the mother and three daughters in Little Big Women is also quite real. The affection between them is also not superfluous. Therefore, the fight scenes between them are quite close to real life.

Little Big Women is a sight that will warm your heart and remind you of what it means to be a family. At the end of the film, there will be a secret that proves that every family must have and take care of each other. Are you interested and curious about the story of the Lin family? Invite other family members to watch. Have fun watching!