Grieving over the death of their son, a former sheriff and his wife travel far to find their beloved grandson. One of the biggest obstacles is that the old son-in-law’s new husband’s family is now an unruly family with a bad reputation in the area. There is no other way for them except to pick him up by force.

Let Him Go is a neo-Western horror drama film by Thomas Bezucha, released by Focus Features on November 6, 2020. Adapted from the novel by Larry Watson, this film stars by Kevin Costner and Diane Lane as the title character.

Can their combination create an enchanting 1960s-set drama? Check out the following review of the film that used the foothills of the Rocky Mountains in Calgary as a filming location.

Montana, 1961. Retired Sheriff George Blackledge lives happily with his wife, Margaret. With them were James, their only son, and his wife, Lorna.

They have a child named Jimmy. Until one day George found James lying motionless by the river because he fell off his horse and broke his neck.

Two years later, Lorna married Donnie Weboy. George and Margaret drove Jimmy to live with his mother. One day, Margaret saw the three of them on the street. When Jimmy’s ice cream was spilled, Donnie scolded him. And as soon as Lorna came to Jimmy’s defense, Donnie beat his wife.

Margaret was shocked. Then she bakes a cake to deliver to Lorna’s house. But Lorna continued. Worried, Margaret prepared the necessary things and got into the car.

George, who had just returned, heard Margaret’s explanation that he wanted to take Jimmy away from them. Despite his reluctance, George is finally tagged. George and Margaret go to the sheriff’s office to get information about Donnie and Lorna. 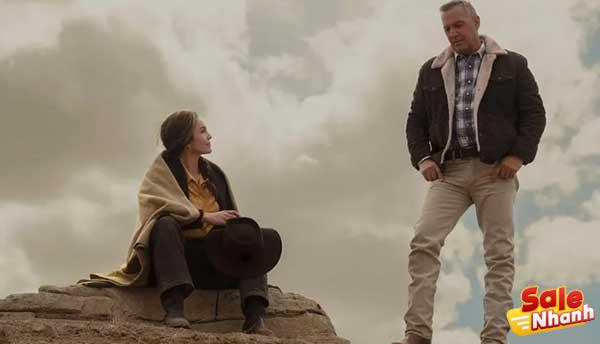 After spending the night at the sheriff’s office, they proceed to Forsyth to meet a member of the Weboy family, the owner of a gun shop. Following his instructions, they continued on to Gladstone, North Dakota.

George is angry with Margaret for having a gun in the car. But he kept it, on the grounds that he would need it one day. Before reaching Gladstone, they stopped outdoors with the intention of spending the night there.

They met a local Indian named Peter, who directed them to see Bill Weboy. Arriving at Bill’s house, Donnie’s uncle, the two are invited to dinner at the house of Blanche, Donnie’s mother.

There, George and Margaret were invited by Blanche to speak in a sarcastic tone. Not long after, Donnie, Lorna and Jimmy arrived. Just a moment to relieve the homesickness, Blanche ordered Jimmy and Lorna to go to the bedroom immediately.

Feeling that Lorna and Jimmy are under pressure from the Weboys, George and Margaret go to Lorna’s workplace and ask her to meet at lunchtime. Margaret reveals her plan to take over Jimmy. Although Lorna refused, she accepted the offer of her late husband’s mother.

George and Margaret continued to wait for Lorna’s arrival, but the Weboys attended, who then wounded George by cutting off some of his fingers with an ax.

After being taken to the hospital, the local police chief came to them and told them to go home. They were considered guilty and the Weboy family could only defend themselves.

Margaret drove on her way home. But George asked them to pause for a moment. Margaret took George to Peter’s house to rest to recover quickly.

Margaret came up with the idea of ​​building a house near Peter for them to live in so they wouldn’t have to be far from Jimmy. But George denied this crazy idea.

George sneaks out in the middle of the night to the Weboys’ house alone. Margaret and Peter followed a different path on horseback.

Armed with a shotgun, George points it at the helpless Donnie as Lorna and Jimmy step out of the house. Other family members wake up to find a corner of their house on fire.

Finally, the whole Weboy family wakes up and realizes that George is trying to take Jimmy away. Blanche shot George.

Will Margaret arrive in time to save her husband and grandson? Stay tuned for the excitement of this drama until the very end and be prepared to hold back your tears by the end.

The first thing we catch from the opening scenes of the film, we immediately feel the maturity in it. Unlike other movies that explain the plot by telling stories, Let Him Go really places us as if we were with the characters rather than being told by them. 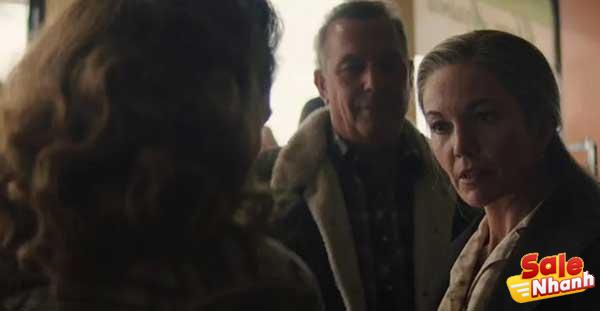 Using mainly the visual language and gestures of the actors, the tone of this 1 hour and 53 minute film resembles the films of Terrence Malick or Clint Eastwood. Not much dialogue, more silence, and relying on expressions, can cause our foreheads to wrinkle slightly.

But after a while, we can immediately feel what they feel, not just understand it. This technique proved effective in this film. No need to show tearful scenes, we can also feel the deep sadness in George and Margaret’s hearts.

And when Margaret saw Jimmy being roughed up by Donnie from inside his car, not a sound was heard, we still have to understand.

Exactly this scene feels more real, as if we were on Margaret’s side when she saw it. The main strength of this film lies in the first half that lays a solid foundation for the story.

George went with his wife with the intention of saying goodbye properly. Meanwhile, Margaret really wants to “kidnap” Jimmy to bring him home.

These disparate intentions then collide along the way and make their feelings rekindle. However, because they are adults and have a lot of life experience, their anger is also easy to calm.

Unexpectedly, despite being suspicious, Donnie Yen comes from a difficult family. But they were quite surprised, despite trying to keep calm, when they realized that the Weboys were a mafia with a bad reputation in North Dakota.

And as the two of them deal with this family, it is certain that bad things will happen to them. When they were caught trying to kidnap Lorna and Jimmy, the Weboys attacked George and Margaret at the motel.

Something shocking, absolutely shocking, was when Donnie cut off George’s fingers with an ax. There was no groan or groan from George. For a moment all was silent.

Margaret’s scream broke the silence as George limped to the floor. And coldly, the Weboys immediately left quietly. Bill had time to give Margaret a towel to put pressure on George’s wound.

Starting here, the tension of the film has eased a bit, although it is still likely to rise again at its peak. Margaret and George meditated on their way home and stopped at Peter’s house, who also gave some spiritual guidance. The result of this contemplation led George to complete the task he had begun.

In fact, combining a calm drama with a suspenseful revenge story is a difficult task for the storyteller. There can be many things that make the storyline lame. 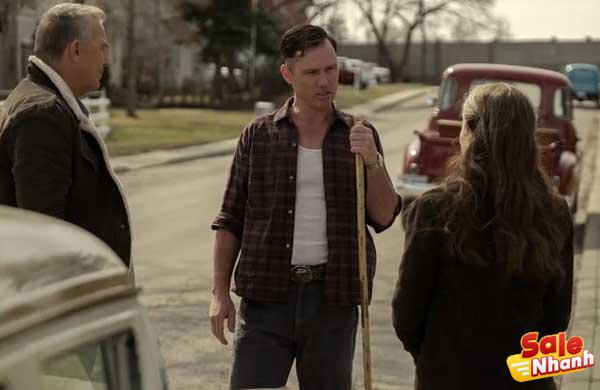 But all of this is not a big deal when the acting of the cast can cover the overall plot well.

Kevin Costner’s charm and Diane Lane’s charm is strong here. Though mostly silent, Kevin Costner portrays George as a husband who truly loves his wife. He immediately defends his wife whenever the situation escalates.

While Diane Lane tries to portray Margaret, who is soft but has a strong determination. It is said that he once calmed a horse about to be shot dead, where he whispered to the horse good moments. He does this again at the end of the movie, breaking the heart of anyone who sees it.

Of course, set in a location in the Rocky Mountains, this film offers fresh cinematography, filled with relaxed natural panoramas. Guy Godfree’s work is excellent, both in color and light, as well as when it comes to capturing vast mountain landscapes.

Let Him Go tries to combine mature drama with intense revenge action. It may look lame, but everything feels balanced thanks to Kevin Costner and Diane Lane’s deft performances. The chemistry that they showed in the movie Man of Steel (2013) has been successfully recreated in this movie.

Postponed due to the Covid-19 pandemic, this movie really feels like it’s especially aimed at an adult audience because of its heavy meaning.

Successfully bringing its own color to the drama genre, this movie is really worth watching. For those who haven’t had a chance to watch it, it’s available now on Netflix.