Kyouso no Musume is a Japanese television series that aired on June 3, 2022. This drama tells the story of a mysterious beautiful girl named Kiritani Sara. Ever since she transferred to a high school, strange things start happening around him.

The suspenseful story is not only experienced by the Yuda brothers who are twins, but also experienced by their classmates. In fact, even Yuda’s family sensed it. The tension triggered by Kiritani Sara’s sudden movement.

What kind of stress do the Yuda brothers, family, and classmates experience? Let’s review salenhanh to find out through the article below!

Kiritani Sara is a high school girl who just transferred to where the Yuda brothers attend. Yuda Kazuma realizes that his twin brother, Ichika, is being bullied by his classmate Kurosawa Miyu.

Even though he wanted to help Ichika, Kazuma was still confused as to what to do. In the end, he did nothing. 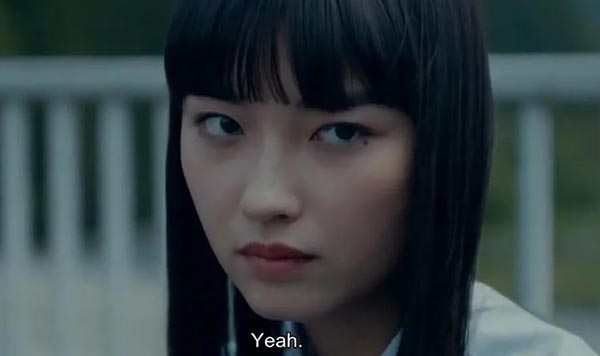 After the bullying incident, Ichika attempted suicide from the school roof. However, Sara appears in front of him and says that he should not be the victim.

The next day, Ichika didn’t come to school and it was difficult to contact Miyu. Miyu also asked Kazuma to deliver a message to Ichika.

The next day, Sara appeared in front of Miyu and gave her money. Instead, Miyu must not disturb Ichika anymore. Since then, Ichika began to smile freely and began to live a quiet life. Ichika thinks Sara is the one to help him.

A few days later, Miyu suddenly quit school and warned her friends to be careful with Sara.

Elsewhere, Kazuma and Ichika’s father, Yuda Masahiro, who is the editor-in-chief, is having a meeting at his workplace. One of his subordinates said that he wanted to write an article about the leader of the sect being discussed.

Ichika has a secret relationship with Shimoyama Natsuki, a biology teacher at his school. Ichika tells Sara the secret.

Ichika also says that one of the threats from Miyu at the time was because she had a picture of Ichika with the biology teacher. Since then, Miyu bullied and threatened him.

Meanwhile, Aki Nakano is still wondering why Miyu suddenly transferred schools and warns her to be careful with Sara.

At that time, Kazuma was informed by Takumi that there was a suspicious account posting about high school girls he dated and dressed sexy. Surprisingly, Ichiko’s photo is on the website.

Besides, Sara unexpectedly comes to see Shimoyama and says that she has always admired Shimoyama. In the evening, Shimoyama is surprised to find Sara at his house and seems to get along well with his wife and daughter.

A few days later, Shimoyama is suddenly expelled from school after an unexpected incident.

Nakano Aki becomes increasingly suspicious of Sara, he begins to look for clues about Sara. Right after that, Ichika suddenly appeared and scolded Aki. Ichika doesn’t believe Aki’s words and says it’s not strange for Sara.

After school, Aki is picked up by his brother, Hayato, a detective. When Hayato receives a call, Aki discovers a surprising fact about Sara.

Elsewhere, Kazama and Sara are on an after-school date. Sara asks Kazama to trust her no matter what. However, since Kazama hasn’t had time to confess his feelings to Sara yet, he invites Sara to meet him the next day on the school roof.

However, the next day at the scheduled time, something happened that shocked the whole school. Kazama and Ichika were also surprised to see this scene.

Aki’s death is suspected to be not a suicide but a homicide. All the students, especially Aki’s classmates, began to be questioned one by one by Hayato. Kazuma, Ichika and Sara did not escape the interrogation.

Meanwhile, Ichika calls Sara and asks about the incident. Gradually, Kazuma and Ichika begin to discover a surprising truth. The truth of what really happened?

Review of the movie Kyouso no Musume 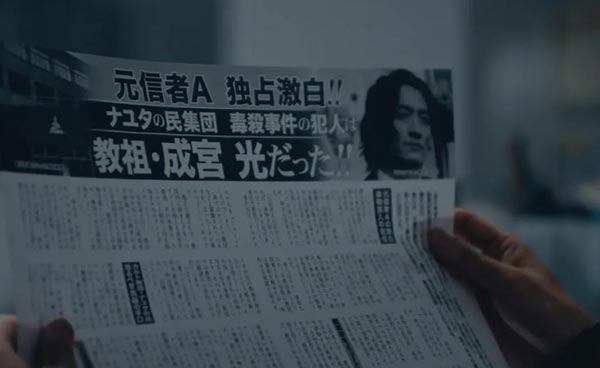 The 24-minute series each episode revolves around the story of a girl named Kiritani Sara. When I first saw Sara, I remembered Nano from the TV series Girl from this part of Thailand.

Starting from his haircut to his mysterious behavior. In fact, the second episode in this drama has a similar story. However, Sara is a bit different from the girl in Girl From Nowhere.

If Nano in the movie Girl From Nowhere is said to be a female demon, Sara is just an ordinary girl. Sara’s true identity was revealed in the final episode which was a shock to me.

The plot of this series is quite interesting with almost palpable tension in each episode. In addition, each episode also makes me more curious about the development of the story.

Especially when Sara’s true identity begins to be revealed one by one. Throughout the story, whenever Sara appears, she always creates a gloomy impression and tense atmosphere.

The tense story in this movie is also supported by the acting of the players. Player characters are evolving to make the story more enjoyable to watch.

The same goes for the visuals and cinematography that really support the story. The impression of gloom and darkness is very distinct. Even though the story is told in the background during the day, there is still a sense of gloom and tension.

Ready with Plot Twist at the end of the story 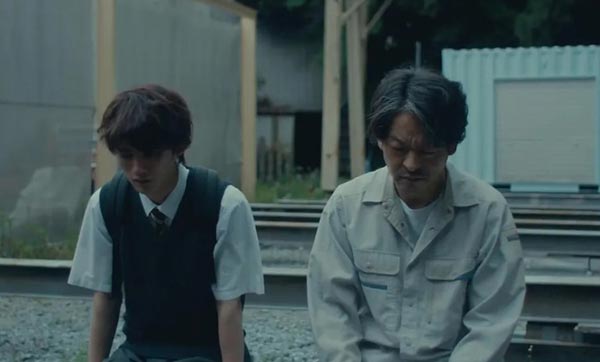 The short length and few episodes make the story feel short and dense. Not too wordy and straight to the point. Still, the story is told in its entirety.

Although there are still some unanswered questions at the end of the series, such as what happened to Aki, until the end of the episode remains unrevealed. However, it seems that the audience is being asked to conclude for themselves what might have happened with Aki’s incident.

Not enough with the tension of each episode, at the end of the story there is a rather surprising plot plot. The background of the incident revolves around Kazuma where Sara tries to get revenge. Sara’s revenge at the end of the episode was enough to give me goosebumps.

Overall, this movie has a pretty good story. The suspense story is well constructed, though not perfect. I quite enjoyed every story presented in each episode.